Despite what people think the RKC is not about kettlebells. Here are five lessons anyone in fitness should take from the philosophy behind the RKC.

Back in the early days of the course it appeared students turned up just to take part in what were epic beatdowns inflicted by the Evil Russian, Pavel Tsatsouline. But then something happened – Pavel grew a conscience.

This isn’t to say he is all soft and cuddly these days, but you can clearly see the change in direction between two of his early books. The original Russian Kettlebell Challenge book was based on the system of training used in the Russian military and relative to where sport kettlebell training was at the time. It included two exercises – the bent press and snatch. That, Pavel said, would be all you’d ever need to do to stay in great shape all the time.

And that’s when Pavel noticed something – Westerners move terribly. For whatever reason, exercises and movements that are easy for a Russian to do, many in the West cannot execute due to poor posture and flexibility. So he changed these minimum movements, the so-called Program Minimum, when he wrote his next book on kettlebells, Enter the Kettlebell.

Which leads me to the five vital lessons the RKC can teach anyone in fitness and the five reasons it’s about far more than kettlebells:

Enter the Kettlebell is really at the heart of the RKC system. The very first lesson then is to do no harm to our clients or ourselves. In fact, I’ve never seen anything in the fitness industry that as deliberately and as frequently ties safety and performance together. The opening pages in the RKC manual are all about safety – safe lifting, how to modify workouts when you fatigue, how to care for your hands, and research on back care. The current manual goes through thirty-eight pages of safety before you even get to the first thing about exercise, and that is mobility.

Safety is paramount and should always be kept in mind at all times. The best lifters, the ones who use the most weight, do so with the best form. Injury occurs when you deviate from good form. It also needs to be kept in mind that safety and common sense are tied together – don’t try to attempt weights that are too big for you or set a new record every workout.

As Pavel explains in the RKC manual:

If you have sore elbows, it is your own fault. Doing 50 cleans the first day you learned them was stupid. If you bang your forearm during cleans, don’t go clean crazy until you have fixed your technique. Bruised and swollen forearms are signs of impatience, not toughness.

With mobility as the first exercise option both in Enter the Kettlebell and the RKC manual it is obvious that mobility should be the first topic addressed with trainees. Enter the Kettlebell details various exercises such as the face-the-wall-squat, halo, and pump stretch to help stiff and poorly moving rookies get ready to train for real. Without adequate mobility to perform the essential movements the quick result will be injury.

Applying this lesson to Olympic lifting would be well advised for many. I love Olympic lifting, but many people simply lack the movement ability to perform a full snatch. Instead of trying to add performance on top of their dysfunction, they would be better served by simply stretching.

Lesson Three – Lifting is a Skill

While some may argue you shouldn’t try to overthink training, the truth is that good lifting, heck, good ANYTHING, requires serious skill. Watch a good runner and then video yourself for evidence. If you really want to cringe, video yourself performing any kind of kettlebell exercise and then watch an RKC.

RKC instructors spend hours and hours slowly building their skill. To me, the RKC instructor is as much a student of skill as a black belt martial artist. This quiet devotion to the “Basic Six” (swing, get up, clean, squat, press, and snatch) is what sets RKCs apart. It would be virtually impossible for anyone to attend the RKC with zero kettlebell experience and pass. That alone sets the RKC firmly apart in an industry where simply paying money usually guarantees you’ll walk away from an event certified as an instructor. The reality is most instructors in the fitness world only have a few hours more practice than you. 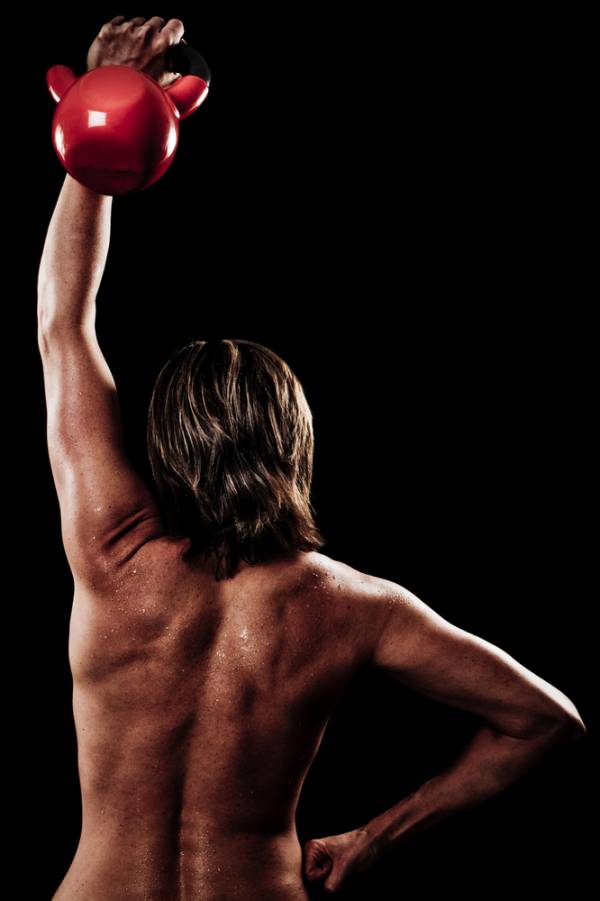 All of this attention to detail helps you when you walk in the door as a client. RKCs know kettlebell lifting inside and out because they have done thousands of repetitions themselves and made the exact same mistakes you will make. As such, they come equipped with a bag full of corrective drills.

Lesson Four – Function Has Nothing to Do With Appearance

The RKC system revolves around certain principles of lifting. Pavel has a unique way of taking a skill that an elite performer does naturally and boiling them down into something you and I can do. It just so happens that a kettlebell magnifies some of these drills and allows you to really focus on them.

I wanted to test this myself last year after five years of kettlebell-only lifting, so I went to an Olympic lifting club. In a short period of time, once I had acclimated to the barbell again, I broke my old squat record, my power clean record, and my full snatch record. What is really significant about this is that I am now twelve years older than when I set those original records – and have had shoulder surgery, and my hamstring torn off the bone and reattached. Not bad effort for a forty year old has-been, and all thanks to the kettlebell.

Lesson Five – Tension and Relaxation Both Have a Place

Elite performers have an amazing ability to go from tense to relaxation and back again – up to 800% faster than normal people. Think of the rate of force development of an elite sprinter – speed is fluid, relaxed, and loose, while the requisite force demands tension. Be too tight and you’ll be slow; be too loose and you’ll be weak.

The RKC system is both sides of the performance coin – tension and relaxation are BOTH performance. Many may wonder why the RKC places so much emphasis on the kettlebell swing as the “centre of the universe.” Along with it’s many well-documented benefits, it’s also because the swing demands a cycle of tight/loose/tight to deliver “appropriate tension.” The swing actually features times where parts of the body are tight (such as the finish of the swing where the body is rigidly in a standing plank), while another part is relaxed (the arms are allowed to “float”). The swing is like a punch – fast and explosive but at the moment of impact kime is applied to create focus and power, hardening the body into a rigid beam to deliver a knockout blow. (And this also backs up points three and four). So there a multi-faceted cycle of performance in the swing.

For me, the people who say a kettlebell is just a tool aren’t wrong. They are just uneducated, because they’ve never been exposed to the RKC system and all it contains. There’s a very real reason why the RKC is at the forefront of functional strength training, with luminaries such as Gray Cook and Dr. Stuart McGill involved. You can also see that Mike Boyle is heading more towards the kettlebell path and has a number of RKCs working at his facility, as well as teaching seminars to his staff. Likewise Dan John has said the only letters he places after his name these days are the RKC.

There’s probably a reason you should investigate that goes far beyond that hunk of metal with a handle.