The last one is the worst. Not understanding the subtlety I’m driving at is the basis of all the problems that start to plague a lifter once they get past the first month or so of training. You know you need to do a series of complex movements in precisely the right way, but, ironically, if you think too hard about it, your body won’t do it!

It’s a fine line you have to walk. Think hard enough for long enough so you can stop thinking completely…sounds crazy, don’t it?!

In my previous article on Knowing vs. Doing, I explained there is a world of difference between knowing WHAT you are supposed to do and actually being able to DO it. It may seem obvious that your brain can get in the way of your body, that if you don’t shut it down then you won’t ever snatch anything heavy. Period.

But, how in the world do you shut your brain down?

The Default Mode Network and Your Snatch

When your brain is in “focus” mode, it uses what is called the task-positive network. This is a series of brain regions that work together to make sure you can accomplish those tasks that require intense concentration. Its opposite is something called the default mode network. It’s activated whenever you aren’t trying to focus on anything in the external world. It’s your brains “default” and it reverts back here ALL the time – even when you are trying to focus. I don’t want to get into the details too much, but suffice it to say that the default mode network has a tendency to get hyperactive! Tell someone NOT to think and what happens? They think!

Getting yourself to shut down your brain and be mindless is no easy task. Why would you even want to, you ask? Because sometimes your brain gets in the way of your body. For instance, I’m typing this right now while completely ignoring what my fingers are doing. Anyone who’s become a fast typist has developed this ability. Imagine how slow a typist you’d be if you had to stare at your fingers the whole time and focus intently on every keystroke!

You have to do the same thing with complex athletic tasks: hitting a tennis ball, swinging a golf club, and doing a snatch. They are all the same. First, you go through a period of intense skill learning. You try to focus all your mental energy on every step, every detail. Eventually those skills become more ingrained and you can do them without thinking so much.

At least that’s the ideal.

Houston, We Have A Problem

Unfortunately, getting to the point where you can do a highly complex thing without thinking about it doesn’t always “just happen.” This is especially true when there is a component of fear involved. Fear causes you to worry that if you DON’T think and focus hard you’ll screw up and then the bad thing you are worried about is sure to happen. But, that’s the opposite of the truth. The intense focus is actually causing a self-fulfilling prophecy.

You know this, but your brain doesn’t. Your default mode network is getting in your way. You currently have NO control over it, and it’s natural hyperactivity is causing you to “process” way too much during times when you should be totally mindless, letting your body do the talking.

Thankfully, we have a way around this, and its name is Meditation. Meditation attacks the default mode network directly. It is a way of improving your Mind Control, thereby allowing you to lift more weight.

The Solution: How to Meditate

I’m going to give you the same plan I was taught when I first started meditating over 12 years ago. It is basic, it is easy to implement daily, and it doesn’t take very much time. It is also highly effective.

You can get more complex later, but if you can’t do this, any advanced forms of meditation are totally worthless. Given that you are using meditation in service of your strength and athletic goals, what we have here is MORE than enough. 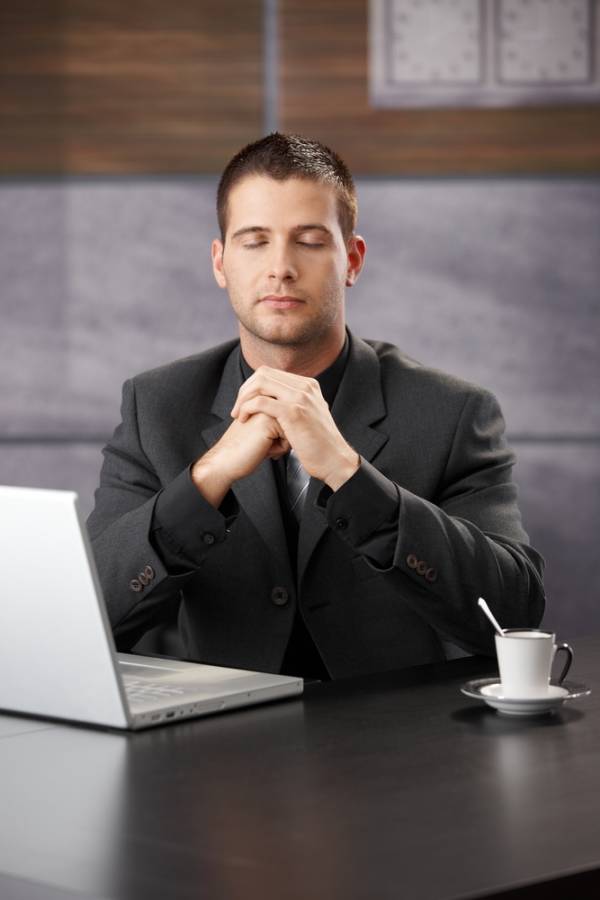 Done. Don’t overcomplicate the simple. Breath in, then out. That is one. Keep going up to 100. When counting, you WILL lose track, your mind will wander, and you’ll get frustrated. That’s the kind of thing you are trying to practice your control over.

The goal isn’t just to be able to successfully count your breath (that alone would be silly). The goal is to get better about recognizing when your mind wanders, stopping it, returning to the task at hand, and doing all of that without ANY emotional reaction what-so-ever. Constantly getting frustrated with yourself every time you make a mistake in life is a serious hindrance to success. Highly successful people don’t dwell. They don’t get all pissy about their mistakes. They don’t get down on themselves. They simply fix it and move on.

That’s a skill that must be learned. This is how you learn it.

Meditate every day. It doesn’t matter when, just do it. You don’t need to sit in the lotus position, or cross legged, or “Japanese” style. You don’t need to have a special meditation pillow, or incense, or other froo-froo accoutrements. You don’t even need to close your eyes! (Though I think that helps.)

Over time your brain will get better at quieting itself. It is EXACTLY like working out your body. If you do this consistently you will improve. You don’t have to resign yourself to the idea you are just “naturally” scatterbrained – and therefore will never be able to do what great athletes do: turn off your brain.

There is NO way on this green earth you will ever lift heavy weights on the Olympic lifts (that are in line with your strength levels) if you are over-thinking all your lifts. The same is true of any complicated athletic skill, or driving, or typing, etc. That said, there is also no way you can simply tell yourself to stop thinking and have that magically happen. Controlling the default mode network takes consistent work. But, once you start to get better at it, it will pay dividends in the gym.

Now go sit down, shut up, and count so that you can lift something heavy.