GRID All-Stars and Why I Was Wrong About Lindsey

It was wrong about predicting a CrossFit All-Star takeover of the GRID League – this year, it’s all about the new guys.

Last year, when the NPGL was first emerging and trying to find it’s footing in the world of professional sports, I wrote a piece positing that with Lindsey Valenzuela’s signing to the LA Reign, the sport had become legit.

My argument was that until this point, the league might have been attractive to those perennial non-podium-level regionals athletes who were looking for a different outlet, but that once Lindsey signed with the league, it somehow became viable – because now the sport had a name, a star.

I overestimated the impact that big-names such as Lindsey Valenzuela would have on the GRID League.

I am here to admit I was wrong. We were all wrong, in fact. By “we,” I mean the general public standing on the periphery of the sport, assuming that a league born of CrossFit’s original DNA donors (Tony Budding, CrossFit’s former Director of Media, launched the league after leaving the mother ship) would live or die based on whether big-name CrossFit personalities would attach.

And attach they did, at least early. After Lindsey signed on, Annie Thorisdottir, Sam Briggs, Ben Smith, Mat Fraser, Tommy Hackenbruck, Val Voboril, and Christy Adkins all signed letters of intent. Teams started populating with the biggest names in CrossFit. Maddox, Panchik, Akinwale, Conzelman, and on and on. The likes of Becca Voigt, Alea Helmick, Katie Hogan, Dan “Boomsauce” Tyminski, Kris Clever, and many more came knocking on the NPGL’s door. It was wild.

But even before the Vegas Combine in June of 2014, a number of those high-profile athletes had already begun to fall away. Athletes who signed letters of intent suddenly decided the NPGL was “no longer a good fit.” I heard that from several athletes directly as I did some initial poking around as to why, for example, Briggs suddenly dropped off. I got the same response from several other athletes.

It’s possible that “no longer a good fit” meant outside pressure got to the athlete either by way of pressure from sponsors or pressure from CrossFit itself. Without getting into specifics or too much conjecture, I think it was a bit of both. Briggs, Helmick, Maddox, Panchik, Smith, Voigt, and Hogan were gone before the season even got underway.

But the sport was still going to draw crowds because Valenzuela, Thorisdottir, Hackenbruck, Clever, Dancer, and Fraser were all still in, and everyone wants to see Lindsey and Annie move some weight in a team setting. Right? 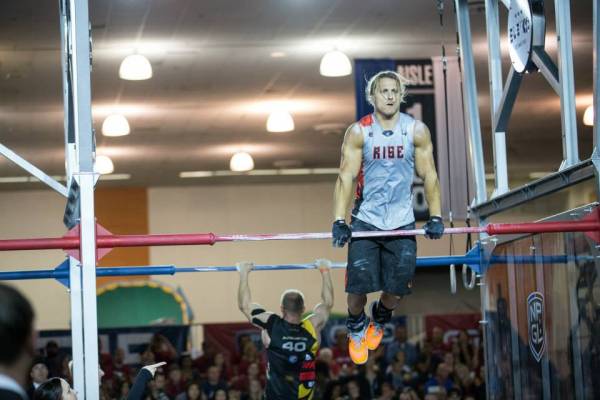 The early departure of well-known CrossFitters has paved the way for talented newcomers.

The Morphing of Expectations

Then, the first match took place in Madison Square Garden in August. The New York Rhinos versus the LA Reign. Lindsey versus Annie in the inaugural showdown of CrossFit’s biggest personalities, head to head under the new banner of GRID.

Of all of the unlikely stars to arise was a 5’3” kid named Irving Hernandez , who demonstrated bodyweight wizardry the likes of which had not previously been seen in CrossFit. He crushed chest-to-bar pull ups with lightning speed and dispatched ninety double unders in a matter of seconds. Notice was given that night. Specialists, not generalists, were going to be the stars of GRID.

“In fact, the DC Brawlers, who won the championship in 2014, steamrolled over every team they played, and the Brawlers consisted of exactly zero CrossFit celebs.”

It wasn’t long after that Taylar Stallings made her debut, in a match against the Phoenix Rise. Her unparalleled strength and tandem quadrant-four closing pace alongside Abby Graham became the gateway to her eventual MVP title. Stallings, Hernandez, Lindsay Menery, Valerie Calhoun, Natalie Newhart – all of the names being mentioned over and over as standouts in GRID were not the names we expected to hear.

And the new season? Forget about it. Eric Cardona is going to be the league MVP this year. This amazing bodyweight innovator from the San Francisco Fire has heretofore been an unknown in the sports world, at least insofar as the larger world of CrossFit’s general shadow, and he certainly came out of nowhere in the GRID world. The likes of Cardona, Ryan Elrod, Roderick Holloway, Becca Day, Lindsay Marshall, and more will be the stars of GRID in 2015. People you have likely never heard of – but trust me, you will. 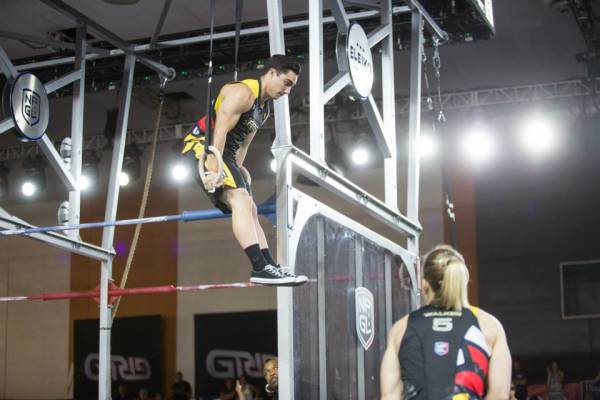 Eric Cardona is my pick for GRID League All-Star in 2015.

What Does All of This Mean?

Does it mean that CrossFitters don’t make good GRID athletes? No. There is still a crossover in the middle – generalists who do well in the sport, but who have to skew one way or the other in terms of ability. For example, Miami’s Nick Urankar skews toward the strength line, Baltimore’s Alec Smith toward the bodyweight side, and San Francisco’s Courtney Walker, a fine regional-level CrossFit athlete, also clearly skews toward the bodyweight end of the spectrum.

It simply means that as a sport, GRID rewards those whom we, as fans, did not initially expect to be so highly rewarded. And tends to favor less those whom we expected to excel. If you think of some of the biggest names in CrossFit – Lindsey Valenzuela, Tommy Hackenbruck, Annie Thorisdottir, and Kris Clever – none had the impact we’d originally expected. In fact, the DC Brawlers, who won the championship in 2014, steamrolled over every team they played, and the Brawlers consisted of exactly zero CrossFit celebs.

“The next signature heard round the world is likely going to be that of someone you’ve never heard of[.]”

This is just a paradigm shift. The shift says you needn’t be a CrossFit Games athlete to make a huge impact on the GRID, and if you are a Games athlete, your value to a GRID team is not guaranteed. GRID is now attracting athletes from every possible avenue of sport, including the NFL, gymnastics, weightlifting, Cirque du Soleil, and more. GRID has Olympians, swimmers, powerlifters, and CrossFitters alike. But the biggest shift is that your resume need no longer start with “CrossFit Games competitor.” In fact, that hardly matters anymore.

The next signature heard round the world is likely going to be that of someone you’ve never heard of – and that person will be the star of GRID 2016.