Growing Up Private Pyle in a Rambo World

I was mentally screwed up as a child. Luckily, I found weights were the perfect medicine for my insecurity.

I was mentally screwed up as a child. It was the 1980s, the era of Hulk Hogan, John Rambo, and the Terminator. The good guys were not only lean, but covered in rippling musculature. On the other hand, I was fat. There wasn’t much I could do at eight years old. My family has always produced large men. My father is 6’2″ and his two brothers are 6’1″ and 6’4″. None of them weighs less than 250 pounds. All of them were strong, but none were in any way the archetype of the “perfect” body. And fat guys can’t be the heroes. If you are bulky or chunky, you get to be the bad guy. Good guy: Spiderman. Bad guy: Kingpin. Good guy: Hulk Hogan. Bad guy: Andre the Giant. Or if you don’t want to be the bad guy, you can be the comedic buffoon. After all, every ripped hero needs his comedic fat friend to alleviate the tension between fights, right?

This constant mantra hammered upon me every day as I grew up. My classmates taunted me mercilessly for being fat, often crossing the line from verbal taunts to physical assaults. The teachers either condoned the commentary or looked the other way while knowing the pain I was in. My most searing memory is of being pegged in the head with a football by a classmate while I tried to crab walk through a sand pit in seventh grade physical education class. The teacher laughed along with the other students. I retreated into academics, and also into an increasingly bulky and loose fitting wardrobe of darker and darker clothing. By the time I started junior high school, I didn’t have a single pair of shorts or pants that were not black or dark blue.

My parents, while loving, didn’t help too much. A common tactic to comfort me after being harassed was to take me to Dairy Queen. It was like giving vodka to an alcoholic. My behavior fluctuated between desperate pathetic attempts to gain attention and an assumed faux arrogance. I felt if I couldn’t be accepted and loved by people for who I was, then at least I could push everyone else away and protect myself through isolation. And of course, inside a monster was building the whole time, a rage that wanted to unleash itself upon the world in response to all the pain I was in.

There are boys like me in every school in America – the loners and the misfits. In speaking with some of my classmates years later, I learned many of them had similar feelings, even those who were popular, so I know I wasn’t alone. It’s hard growing up as an American boy. We’re told to “free our minds,” and when we try to, we’re told to sit down and shut up. Physically, we’re told a man is supposed to be as strong as an ox, as lithe as a panther, and as powerful as a grizzly, all while having the body of a Greek god. Mentally, we’re told to be confident and knowledgeable, without ever being taught that the first step to gaining knowledge is admitting that you lack it. Emotionally, we’re told boys don’t cry, and then we’re told we have no heart when we don’t cry. 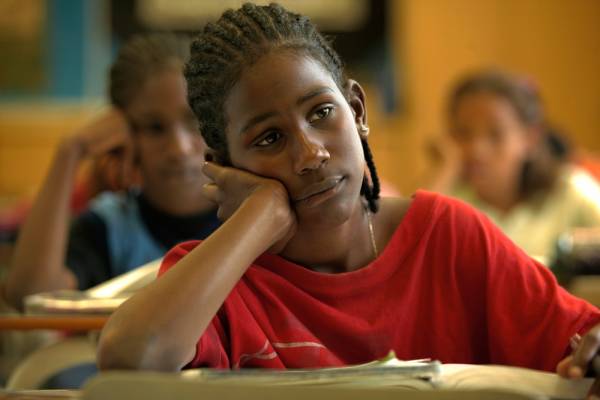 These physical and social pressures put on boys turn most of our psyches into twisted stuff straight out of Hannibal Lecter’s basement. Sadly, for too many boys, they never find their way out. For a few, the results are violent – think Columbine, Virginia Tech, Sandy Hook, and the list goes on and on. In milder cases, our release is to take it out on those weaker than us, thereby ensuring at least somebody is more miserable and insecure than we are. There are a thousand ways we try to establish this pecking order, for no other reason than to provide some security to our egos. But this behavior perpetuates the cycle, with one generation teaching the next. It’s what damn near broke me.

What saved me? A 1977 Oldsmobile. Specifically, a 1977 Oldsmobile hitting my right leg at about twenty miles per hour, flipping me into the air, and breaking my right leg in four places when I was a month shy of my thirteenth birthday. In rehabilitating my leg, I was allowed for the first time to use a weight room. Starting with a ten-year-old Universal Machine and eventually growing to use the high school weight room, I found the weights were the perfect medicine for my insecurity. While perhaps the weights didn’t love me, the weights also never taunted me or called me names. The weights cared about one thing and one thing only: could I pick them up and put them down?

As I slowly added more and more weight to the bar, I noticed the beginnings of a change. I was able to feel self-worth again. It felt cool to be the only kid in high school who could put 405 pounds on the squat (even if nobody else cared and the squat was two inches high). I was able to pour all of the poison that was eating away at my soul into the iron. When my classmates were out on Friday and Saturday nights, I was doing squats and bench presses. When they were out on the lake drinking beer, I was doing wind sprints and rows. I was able to tame the monster inside me. This release allowed me to take a moment to examine myself, to ask myself the questions that every teen should ask. “What do I want to be?” and “Can things be better?” 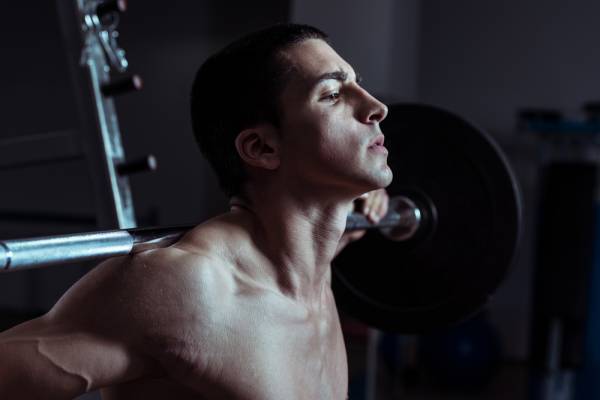 Mind you, this self-examination didn’t stop the bullying or the taunts, and I admit my personal process has been long. It took until I was well past my teen years, well into adulthood, to find my answers. It’s been hard to accept who I am, but there have been important things that helped. First, my wife, who stood by me through weight gain, weight loss, foolish pursuits, massive screw-ups, and measures of success. They say that love heals all wounds, and while it may not be true for everyone, it has definitely helped me. Second, I moved to Japan. Here, no matter what, I’m not going to fit in, and that fact helped me realize – fitting in just doesn’t matter. I am who I am, and the only people I have to worry about pleasing are my wife, my son, and myself. And yes, my son helped complete the picture. His unconditional love, his excited cries of “Daddy!” as he runs down the hallway in order to give me a hug, and his silly little laughs of pure joy have helped me to the next level in my self acceptance.

I’m still a work in progress, and I don’t know if I will ever finish this work. I’ve come to accept that I want to squat more, to deadlift more, and to train MMA not because I need to prove anything to anyone, but rather because I enjoy the challenge. Is there still inside me that seventh grade boy in the sand? Is there still the teen full of rage? Of course. And I’ve come to love those personalities inside me. I love them because it was their trauma that fueled my desire to make change. I love them because they serve as warnings of what not to do to others. I love them because they motivate me to work with children, to help them through the difficulties of youth as best I can, and to show them their worth and their potential.