I was talking with a friend the other day about a shocking story I read recently. It appears that humans are getting slower, or at least kids are. The article in question details a comprehensive study that determined kids are 15% slower in the mile test (1.6km) than their parents were thirty years ago.

This conclusion came from the analysis of data from over fifty studies involving over 25 million children worldwide between the ages of nine and seventeen. “What is going on there?” my friend asked. We talked about various theories, from genetically modified and processed food to video games. Perhaps the Internet and social media are keeping kids sedentary, we hypothesized. Perhaps kids are simply overweight and therefore out of shape. I am sure all of the aforementioned are factors. Still, the query remains. Why are kids slower than they used to be and what can we do about it?

How can it be that kids have gotten slower in a day an age when everything else is getting faster? For starters, it stands to reason that if people (and kids) are more overweight, then they are going to tend to be slower. There are exceptions to that statement and I wouldn’t want to offend any NFL lineman that could certainly kick my butt in a sprint, but then again, I might take my chances against a 300-pounder in a mile run. Are people bigger, yet stronger, and also slower? The study didn’t say, but kids are certainly slower, a full minute and a half in the mile. This fact is both substantial and alarming as well as unacceptable.

This data flies in the face of conventional wisdom, which says we as humans only go one direction – upwards and or forwards. Technology improves and people get faster. We have witnessed this with sport and fitness for years as record upon record is broken and new standards are set. Decade after decade, people become faster and stronger. Britain’s Roger Bannister broke the four-minute mile in 1954 and 45 years later in 1999 the world record was a full seventeen seconds faster at 3:43, set by Hicham El Guerrouj of Morooco. Will we see such trends disappear?

Said another way, are we now perhaps over the bell-curve of human achievement in sport and fitness? Not likely, as the studies represent general trends and don’t reflect the extremes of the spectrum that elite athletes represent. There are still plenty of hyper-fit people at one end of the spectrum. But this disparity between the elite and the average is a danger to us all, fit and fat alike. Those of us on the hyper-fit end of the spectrum need to step up and start sharing the wealth. 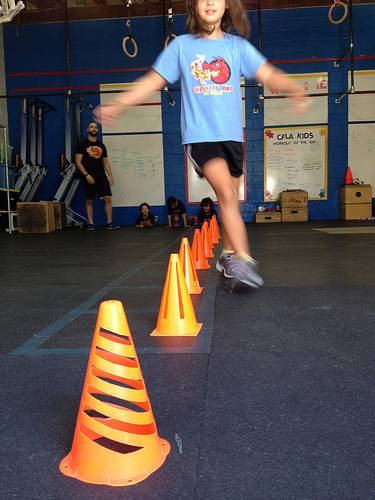 I was hired by MTV a couple of years back to participate as a trainer for their inaugural season of I Used To Be Fat. The show, produced by the same company as The Biggest Loser, was supposedly going to highlight the burgeoning problem of childhood obesity by having trainers partner up with overweight teens to help them lose weight. Jamie Oliver took a similar theme to television with his outstanding show, Jamie OIiver’s Food Revolution. My show lasted one season. Amazingly, Jamie Oliver’s show lasted two, but ultimately it too was cancelled, as the American public demanded more Dancing with the Stars instead. While television shows and books are fine tools to educate, they are opt-in or opt-out the same way we ultimately do with exercise.

The plight of our children getting fatter, sicker, and now slower is no longer new news. Still, it’s important news and something must be done. There are examples of others ringing the alarm, but evidently this alarm falls upon deaf ears. If people are given the choice, they seemingly will choose Facebook over exercise and American Idol over The Food Revolution. We need to inform our citizenry, but apparently our citizenry is turning the channel. In fighting this battle of the bulge, “education is the key” is an often-used phrase, but how to educate is the question that doesn’t have an easy answer.

The time has come for action. It’s no longer enough to say it’s up to families to change their eating and exercise habits. What’s needed is action both on a personal and on a policy level. All of us need to get involved and not just pass the buck by stating the obvious – that everyone has a choice to be fit or not. Kids need help, not just a lecture that it’s up to them or their parents. 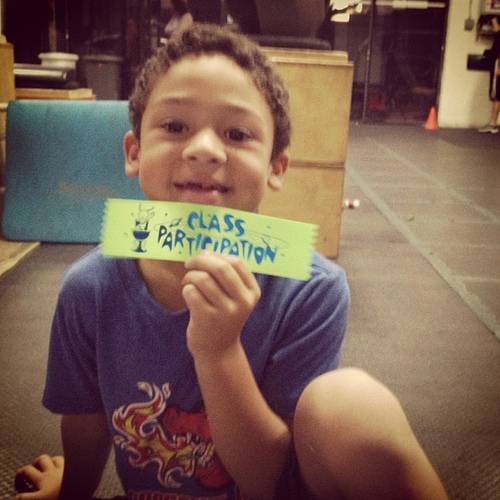 At my company we don’t allow anyone under sixteen to exercise in our program. Such liability-inspired rules need to be reevaluated. I am going to bring the fight to our company and see about creating a kids fitness program or classes to teach kids the joy of exercise. It’s one thing for adults to be out of shape, sedentary, or overweight, but the fact that our kids are now developing diabetes and getting slower is appalling. We have a responsibility to protect children – all of us. We have to step up as a society and care for our children and get them well.

1. Roberts, Michelle. “Many Children Slower Runners Than Their Parents Were.” BBC.oc.uk, November 19, 2013.