From the runways to the mats, acclaimed fashion designer and BJJ brown belt and Viking Wong explains the new Absolute cut.

How Shoyoroll Is Different

A few years ago, the market was much worse than it is now. Gi companies made the five most popular sizes and that was pretty much it. Shoyoroll was the first gi company to cater to people who were outside of the typical size chart. They even have a mini gi for people my size, A00F.

But these days Shoyoroll is pushing the envelope even a little further. First they made gis to fit the people better, but now they’re making gis to fit BJJ better. They’ve teamed up with acclaimed fashion designer Viking Wong to redesign the cut and pattern of the typical BJJ gi to flow with the body as it rolls.

In response to a question on Facebook about the difference between the classic cut and the new Absolute cut, Shoyoroll owner Bear Quitugua explained:

The classic cut is our current pattern and cut we used for all our gis. The Absolute cut is will fit close to previous but will feel very different since we designed the gi from scratch. It is a 100% different cut and pattern than anything else currently on the market. We will have full details on some of the features of the gi and changes.

What I don’t like to do is use fancy names for cuts and patterns to make it sound more fancy to help sell units. If you were to break it down in simple terms the jacket is fully redesigned with a raglan top cut to fit the upper body better and pants were added twisted seams and d-ring enclosure to help pants from falling down during training. All gis will come with drawstring if the d-ring is not your cup of tea. Viking Wong designed it and this thing is super rad. I hope that helps.

Designer Viking Wong delved into the design process as well:

The Absolute cut has been designed, drafted, toiled, sampled, fitted, tested, redrafted, retooled, resampled, refitted, retested, etc. until satisfaction; just like how I’ve been taught and trained to do a collection. Given it is impossible to satisfy everyone’s needs, I think we’ve reached a satisfactory prototype that fits most body types the best way possible through grading.

That said, creativity is a process that never ceases, but rather an on-going process of development. Tailoring is an art form, a very particular set of skills, yet there are more than a handful of skilled tailors in Savile Row, and each year thousands of apprentices still try to reproduce innovations each to their own. I think it’s unfair to just place opinions of individual desires/needs on a product when we can all enjoy the process of new developments coming out periodically and explore constructive criticisms together. I hope you’ll like my take on reconstructing this kimono.

How Viking Wong Brings Fashion and BJJ Together

Viking (yes, his real name) was raised in the clothing industry. His grandmother was a tailor and his family is in the garment manufacturing business. When it came time for university, he knew following the path to a nine-to-five job wasn’t for him.

Viking chose instead to pursue a career in fashion and in 2009 he graduated from the London College of Fashion with honors, specializing in women’s wear, fashion design, and technology.

Said Viking, “I have also interned and worked for various well-known fashion power houses before setting up my own label to take part in several seasons of London and Paris Fashion Week.” His talent was quickly recognized. In 2011 he was selected by Vogue as one of the top twelve Designers to Watch.

Viking is especially suited to the task of reconstructing the gi because he is a BJJ brown belt out of London, England. His team is called Legacy BJJ and is headed by instructor Jude Samuel, the first U.K. black belt under Maricio Gomez. 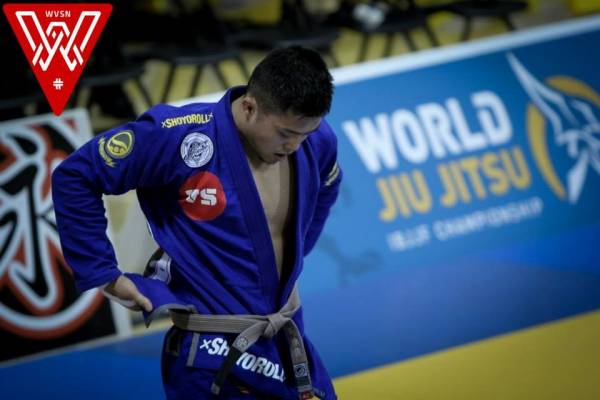 In our recent interview, Viking told me that since he began training BJJ five and a half years ago, he’s had ideas on deconstructing and redesigning new approaches to the gi. When he was approached by Shoyoroll to do so, he jumped at the chance.

“I started off with drawings and drafting of the patterns, then toiling them in the LA factory; test rolls were done and adjustments were made through this process until it was perfect.”

Wong said, “I very much enjoyed working with Shoyoroll and will continue this relationship. Shoyoroll is a pioneer in this specific industry and I couldn’t have thought of a better platform to launch it. On top of that, we share the same values for design aesthetics and branding, which I think is most imperative.”

The Launch of the Absolute Cut

With the Absolute cut dropping in the next week, I wondered what would come next for Viking. Would he continue designing BJJ gear?

I think the creative process is never final, just like BJJ, so there will always be room for development. Without giving away too much, I would be interested to look at different fabrics as treatments, to be brutally honest what most gi companies doing right now are like white belts experimenting. With the right approach a lot can be developed. Off the top of my head, I can think of things to do with compression clothing, shorts, gear bags, etc.

I asked whether a women’s gi would follow. Said Viking, “If enough interest is generated I would love to design a gi for women, I did major in women’s wear after all so it would make a lot of sense. Women’s bodies are very different to men especially on the torso and hips, so that’s where I’ll be focusing, I guess.” 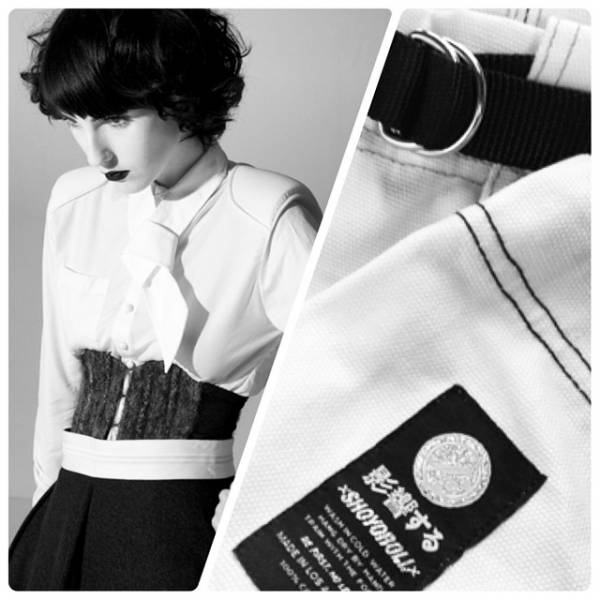 I was going to troll Viking and suggest that you contact him to buy the Shoyoroll Absolute cut, but that would be mean. I’m sure the BJJ community will be in a frenzied state of data collection as the release date nears, but Viking has released the following statement via Facebook:

Few things I want to clarify:

1) you can’t buy Absolute cut off me, stop asking

3) is it just the cut and closure that you’ve changed? No, it’s not “just” that but if you’re so not impressed go make your own.

4) full details, specs and price will be released shortly, I swear I do not know any more than you do.

I hope you guys enjoy this gi as much as I enjoyed making it.