Hey CrossFit: You Created the Culture, So Own It

Cry, bleed, vomit, but don’t stop. And, yes, if you find the idea of breaking your neck a problem, we don’t care to associate with your kind.

Every time you hear a Ketel One Vodka commercial, it’s tagged with the words “Please Drink Responsibly.” Similarly, when you see a commercial for Horseshoe Casino and see how much fun people are having throwing dice and winning loads of cash, the stinger at the end says “Gambling problem? Call 1-800-Stop-Now.”

No One Wants You to Stop

The warnings are simply a combination of liability waivers, state mandates, and public relations efforts. If you think the CEO of Binion’s Gaming cares about the financial well-being of the casino’s patrons, you would be wrong.

CrossFit Doesn’t Want You to Stop Either

And so it is with the dichotomy between CrossFit’s insistences that MC+I (mechanics and consistency before intensity) and the culture of exercise-until-you-puke.

This discussion arises out of the ESPN story that was broadcast Sunday, July 25 on Outside the Lines. The broadcast shared the story of Brad Hawley. Brad lost his grip when trying to beat his old personal record of thirty toes-to-bar. He fell off the bar and fractured his skull. (Caveat: He was not doing CrossFit. He was working out at an Iron Tribe Fitness center.)

One of many controversies arose from when Brad said, “Theoretically, I did it right. I went until I failed. I went until my body couldn’t go anymore.”

The outrage was instantaneous. What followed in social media was the notion that CrossFit doesn’t teach “going to failure.” This is a well-worn posture that comes up frequently from the defenders of the CrossFit flag: “Go to any L1 Cert and you will see that we teach the attendees that mechanics and consistency precede intensity. Intensity comes only after mechanics and consistency.”

Any time criticism is lobbed at a workout like “Grace” – said criticism being such that form breaks down under fatigue – the nearly rote response will be that intensity can be scaled right along with load, keeping mechanics intact throughout.

After all, if you want to keep “Grace” or “Isabel” safe, just scale the load and the intensity. Go easy, man, until your fitness level is such that you can perform the workout prescribed, safely, with perfect reps every time. Hell, you can do “Isabel” with a broomstick if you want. No one ever got hurt doing thirty snatches with a broom. 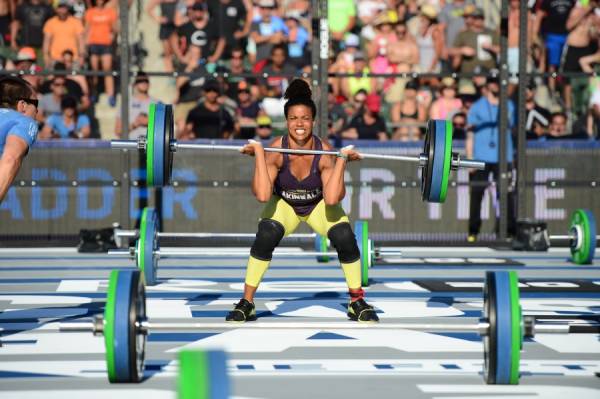 But there is a real paradox in the messages that have developed in the CrossFit hemisphere. The same people who vigorously defend against any “CrossFit causes injuries” claims are the same ones who will proclaim that tearing your hands is a badge of honor. Any time some blogger writes something about CrossFit being dangerous, he or she is immediately accused of attention-seeking or jealousy.

But the same people who attempt to quash the but-what-about-the-injuries debate are the ones who will tell you that unless you have torn your hands, you haven’t pushed the intensity enough. “CrossFit Is safe – now, push yourself until you’re injured.”

The Mentality Is Real

It is insufficient for CrossFit or its faithful to refer to MC+I or say that “in all my years as a coach I have never pushed anyone to failure.” That is merely rhetoric that betrays the culture. It’s the “please drink responsibly” of CrossFit. Because in reality, you merely need to look at the culture we’ve built to determine that the real message is much, much different.

It’s more than just the thousands of pictures of torn hands. Add to that the litany of Facebook pictures of some post-surgery CrossFitter in a sling doing squats. Add to that athletes like Lucas Parker pushing on in the 2014 CrossFit Games despite being told he might have rhabdo:

It’s more than just the fitspiration images that pollute Facebook and Instagram. “Just because you are close to your goal doesn’t mean stop” is just another way of saying “go to failure.” (Yeah, Brad Hawley.)

“You can crawl, you can puke, you can bleed, you can cry, but you just can’t STOP.” We’ve taken the “no pain, no gain” mantra from the early 1980s and updated it with a vomiting clown. Hell, in my old gym, puking earned you a free T-shirt.

Greg Glassman himself is the pioneer of the culture of going hard. The now-infamous New York Times piece from 2005 states:

But for Mr. Glassman, dismissals of his extreme workouts merely help him weed out people he considers weak-willed. “If you find the notion of falling off the rings and breaking your neck so foreign to you, then we don’t want you in our ranks,” he said.

You weak-willed pussies, stop whining. It says so right there. 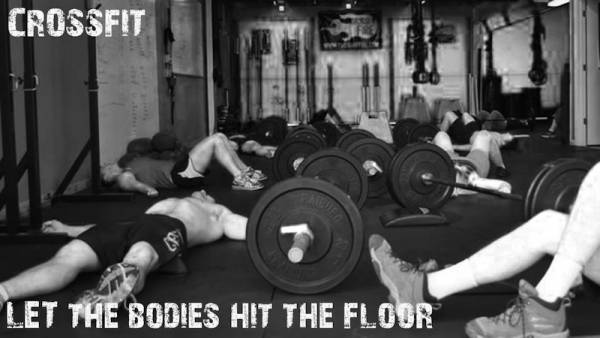 Moreover, in this piece he likens recovery to pampering, and of course, is notorious for his approach to injuries:

We have a therapy for injuries at CrossFit called STFU.

The very cornerstones of CrossFit that were introduced at its inception that make it successful – competition and the clock – prohibit that measured approach. You can program thirty clean and jerks (30 x 1, rest as needed) or you can program “Grace.” The latter has a time component to it, vis-à-vis a race against other people for the fastest time that will be posted on the whiteboard.

That, my friends, is intensity. That is what differentiates CrossFit from practicing your clean and jerk until you have done thirty reps. That is the stimulus that creates change. 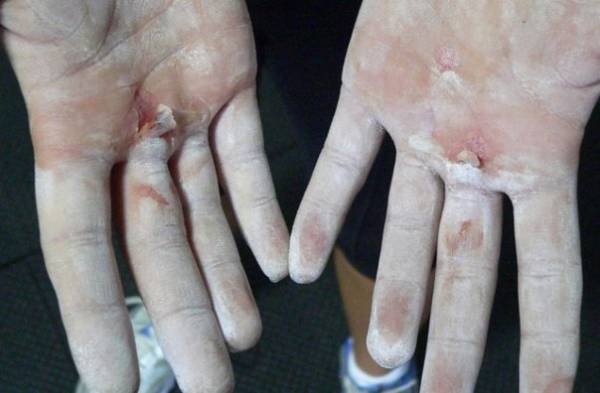 And this is precisely what many boxes teach, coach, and program. Don’t stop for a drink of water, get back on the bar, drop and roll when it’s done, and puke ‘em if ya got ‘em. Cry, bleed, vomit, but don’t stop. My warm up is your workout. And, yes, if you find the idea of breaking your neck a problem, we don’t care to associate with your kind.

That is undeniably the culture, friends. So why does CFHQ choose not to own that?

Wouldn’t it have been less disingenuous for the media team, in response to Hawley’s “Technically, I did it right” comment to respond “I know, right?” I am not suggesting that CrossFit own the injury – that was his choice – but at least own the attitude. Instead of, “Uh, that’s not who we are. We don’t teach that,” at least be real.

The reality is that for every picture of a granny deadlifting 95 pounds that makes us all go, “Aww, CrossFit is so gentle!” there are a hundred pictures of bloodied hands, people on their backs, posts about shoulder injuries, and fitspiration captions.

We’ve created this culture. Now what?

So, yeah, Brad Hawley nailed it. “Theoretically, I did it right.” The choice is ours now – MC+I, or just plain I.