In the first article of this series, we discussed how reinforcement plays a role in an athlete’s motivation. Specifically, reward systems using 1) the number of reps or 2) completing a long workout for time reinforces efficient movement rather than optimization of power or virtuosity.

However, two other systems come into play for motivation: classical conditioning (associating one thing with another) and the cognitive system (how we think about things).

In the 1950s, psychology was dominated by behavioral theories. The basic principle in behaviorism is that a reinforcer leads people to act in certain ways. A simple example is that the person who performs best in a workout gets his or her name on the board at the top position. The reinforcer in this scenario is the ranking, and we work hard to get a top ranking, possibly forsaking other goals (e.g., proper form).

Behavioral theories are quite good in changing many behaviors. Behaviorist saw the person as a black box, where all they had to do was to change the reinforcer and behavior would change in a predictable manner. However, humans are not a predictable black box. We have a cognitive or thinking system that sometimes gets in the way. Thus, our motivation is determined by much more than just the behavioral reinforcement system.

Our thinking process is powerful and can strongly affect how we work out in the gym. Athletes generally have more mental toughness than non-athletes. In watching the CrossFit Games, you certainly observe athletes who need to have a great deal of mental toughness. For some, though, the mental system can get in the way.

In my own CrossFit workouts, I found myself coming up with different ways of counting. For example, the benchmark WOD “Karen” requires you to throw 150 wall balls for time. I broke the work up into sets of 25 and tried to think of doing six sets. This strategy sounds good now, while I am writing. But in the middle of a workout, I experienced thoughts such as, “Ugh, I am only halfway there.” The “ugh” and “only” made it more of a negative thought and make me feel more fatigued. 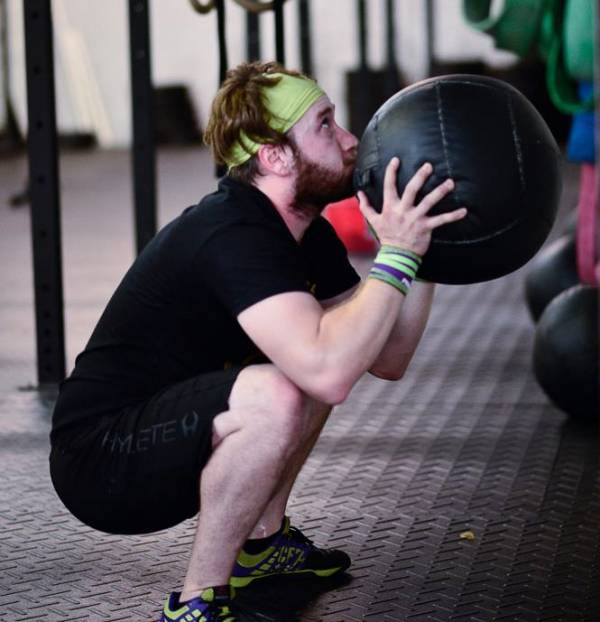 Now any good cognitive therapist would tell me to examine the thought and see my negative connotation. I could then turn the thought into something more realistic and neutral, such as, “I am halfway there.” Again, this sounds great while I am writing, but when fatigue, emotions, and classical conditioning are involved, it becomes difficult to change thoughts (which is part of the reason that the cognitive psychologists did not triumph; many systems play a role in our complicated behavior).

Classical conditioning simply makes associations between events. Pavlov originally described a system where dogs began associating a bell with their food. Over time, the dogs would salivate any time they heard the bell, even if it came without the food. Similarly, I found myself feeling dread and fatigue any time I began counting.

For example, I walk up the stairs to my home daily. Four flights of stairs is relatively easy. I could sprint up the stairs and feel quite invigorated. However, I often find myself thinking, “Two more flights, halfway there,” and feeling a sense of dread. Thus, I have conditioned myself to feel the pain of a workout any time I start to count. The counting has become the metaphoric Pavlov’s bell, which leads to me having a conditioned response of fatigue. I have heard others say something similar when they hear “three, two, one, go.” Instead of feeling invigorated, they feel the pain of workouts past.

When our bodies recall the pain of past workouts, they compensate by being more efficient (to reduce pain). This efficiency comes at a cost as we lose the opportunity to practice the skill of strength. I would say that a lot of our inefficient movements come in response to a classically conditioned response. We try to conserve energy as our body reacts to being fatigued.

EMOMs to the Rescue

An “every minute on the minute” (EMOM) workout is a beautiful fix for both dysfunctional thoughts and classically conditioned associations. Let’s take a simple 100 kettlebell swing workout. If someone were to do this workout for time, he or she could probably finish in less than five minutes. The traditional “for time” workout reinforces how quickly the work is done, forsaking form and tension. The person might have dreadful thoughts in the middle of this workout that affect his or her performance. Furthermore, there might be a classically conditioned response from the body. The body might compensate to both of these issues by performing less technically correct movements to be more efficient and to reduce pain.

If we were to break the 100 swings into ten repetitions every minute, the person could perform ten explosive and crisp swings and have enough time to recover to do it again the next minute. Over the course of ten minutes, the person will have an opportunity to do 100 kettlebell swings that are powerful, ballistic, and virtuous. In this type of rep scheme, we can have an opportunity for perfection on every rep and enjoy just enough pain. 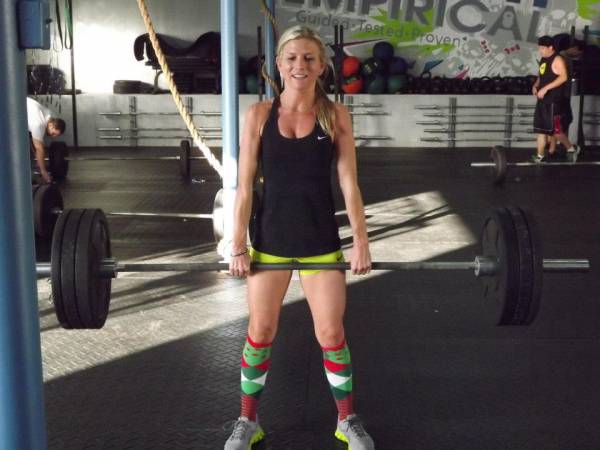 One excellent thing about CrossFit is that it can definitely help athletes build mental toughness. As mentioned above, the workouts are built in a way that taxes mental toughness. Theoretically, the more we have to push through a workout, the more toughness we can build. Pushing through leads to a cost, though.

In many CrossFit workouts, we push for more power efficiency rather than power optimization. That is, we want to be efficient in our movements that continue for a long time. In the middle of the “Morrison” workout last week, I was thinking about how many more reps I had and how I could decrease the pain. When I sprint (or complete an EMOM), I look ahead to the finish line and I think how fast I can get there.

I think of the metaphor of eating. If I slow down and really focus on the food I enjoy it much more. Do I really want to eat as quickly as possible? Savor your hard work.