How to Analyze Which of Your Lifts Need Attention

You have to do a certain amount of every lift to ensure strength and skill development. But how do you know which is weakest and how to adapt your training?

Last week we looked at an overview of volume or tonnage calculation in analyzing your training load. This week we take a look at how that figure can be broken down and analyzed further. It is one thing to say that your average intensity is 100 kilos, but it makes a great deal of difference how that average is made up.

The Importance of Exercise Choice

By this we mean, what exercises are being performed? To take an extreme couple of examples, a workout composed of only power snatches all done at 100kg will also average out to 100kg. Even those who are mathematically challenged will figure that out. Ditto for any other exercise done straight across. Do squats or deadlifts at 100kg and you get the same average. It would then seem obvious to anyone who had ever done those lifts that the latter would be a much easier workout, or, in barbell-ese, one of lower relative intensity.

By now you should have figured out that exercise choice significantly determines absolute volume and intensity. The math is easy when you do only one exercise, straight across. But what happens when more exercises are done, as they should be?

In most cases, the exercises done will have different absolute intensities. However, they will often be done at similar relative intensities. Remember from last week that those will usually be in the 80-100% band. It is easy to see that two athletes could have widely different stats when they vary their exercise choices, even though both may have done (and bragged about) similar tonnages.

This is one reason why loading analysis has not caught on among those in other sports besides weightlifting and powerlifting. Simply put, in other sports the choice of effective exercises is usually wider than in the two grunt-and-groan sports. Weightlifting only has snatches, cleans, jerks, and squats. True there are the classical, power, and pulling variations, but they are similar enough that their percentage relationships are quite predictable. Snatches are about 80% of cleans, squats about 130-140% of cleans, and power lifts are about 85% of classical lifts.

More important, all such lifts are done in training to ensure that the snatch and clean stay in proportion. Fail to do your squats and your clean will soon suffer. Lifters do a certain number of reps in a year, month, week, and day. They vary according to the cycle, but overall the annual NLB (number of lifts of the bar) is predictable for any skill level. All that remains for the lifter is to divide the total lifts in each of these periods into the various exercises:

Each of the four categories will be a certain percentage of the entire load. How much? Well, that is where the simple part leaves us and things get more complex. You have to do a certain amount of every lift to ensure strength and skill development. However, it will soon become apparent to most trainees that one lift lags the others. And yet another is a pet lift that gets too much attention. The solution is obvious. 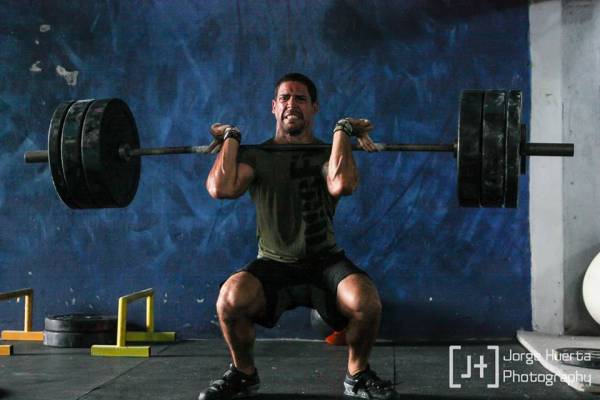 How Hard Do You Work?

Start with a certain percentage for each (known as partial lift volume in the old Soviet literature). Let’s say that is snatch 30%, clean 30%, jerk 10%, and squat 30%, just as an illustration (do not take this as my recommendation). When the entire math is worked out you will get a certain absolute intensity (Ia), relative intensity (Ir) and number of lifts (NLB) for each exercise. Added up they will then also equal a certain set of total workout intensities, usually different from the individual lifts. Those NLB and Ir numbers are what lifters use to determine how hard they work.

The Ir is especially important as experience has told lifters which intensity they perform best with. The math gets trickier still when it is decided that the clean needs more work, for instance. It seems simple enough. Just add more cleans to the workouts and maybe up the clean intensity as well, right? That may indeed work, but there is a cost. This tactic will up the total tonnage and also the total average intensity, resulting in unwanted fatigue. This is not what you want if you do best at the old Ia.

The only way to correct this is to cut out some work elsewhere. Maybe that will be one other exercise or it may be several. This requires some tinkering that in the old days was quite time consuming. Nowadays we have electronic spreadsheets that will do much of the work instantaneously after changing the key variables. If your new Ia is still not where you want it, just make another adjustment. Keep going until you are satisfied about your NLB and Ia.

Oh, and I almost forgot the last step. That happens when you see what happens in your next contest. Your change in partial lift volume will either have worked or you will need to try again. This is what can be done with the various arithmetic elements discussed.

Weightlifting takes these calculations even yet a step further with something called the K-value. This is determined as follows:

The average intensity is divided by the total to get a figure that in elite athletes will be about 35%. If you are successful in a contest after training at a K of 36, then try a K of 36 for you next training cycle. If unsuccessful, raise it or lower it and see what happens. The exact figure will vary according to experience and skill. Novices will have a lower one, as will older elite athletes, so it pays to track the K over time, as it will change.

This works well in weightlifting due to the narrow range of exercises and intensities. It remains to be seen how well it will work in other sports. It may not work so well in the powerlifts since assistance exercises play a bigger role there. The greater number and proportion of these will make standardization of desired percentages tougher. But, hopefully someone may try or perhaps already has (are you listening Mr. Simmons?).

It will be interesting to see what other sports come up with. Those with a short, stereotypical list of exercises and a high strength component to their sport will probably be most successful. Other sports may have to come up with something entirely different.

If anyone has found any such work on a deeper reading of the training tonnage, please reply below.