With the sudden rise in popularity of weightlifting as a participatory sport and as a vehicle for improving sport performance, there has been an accompanying rise in misinterpretation of the training information regarding the sport. I’d like to take some time to explore this topic and hopefully clarify some of this, especially for those who are just entering into the various fields that might make use of the snatch or clean and jerk and their derivative movements.

What Is the Sport of Weightlifting?

Let me begin with a description of weightlifting. It is a sport that determines the placings of its competitors by adding the best of three snatch attempts to the best of three clean and jerk attempts. The sum is called the total, and weightlifters are ranked by their totals.

The sport has existed in three variations of its current format since the 1920s, with current elite level competitions being contested by professional athletes who are coached by professional coaches. The top levels of the sport can only be reached by highly talented individuals who undergo rigorous training designed by highly qualified coaches. Furthermore, the development of sports medicine, sports nutrition, and recovery modalities are relevant factors in the development of weightlifters.

Weightlifting for Other Sports

For several decades, a significant number of coaching members of the National Strength and Conditioning Association have advocated for the utilization of the snatch and the clean and jerk and their derivatives in the training programs of athletes in other sports. The rationale behind this advocacy was that these movements were valuable in the development of speed and strength characteristics. Until fairly recently, the argument was often only given lip service, and was sketchily implemented in most programs because a majority of strength and conditioning coaches lacked the expertise to coach the movements properly.

Within the last few years, though, more and more strength and conditioning programs have begun to employ weightlifting movements as part of the training of their athletes. This is evidenced by the sudden proliferation of weightlifting platforms, bars, and bumper plates in college and even high school weight rooms. At least the equipment is available for use, even though the coaching skills may be in short supply.

Furthermore the emphasis on weightlifting movements by CrossFit gyms has provided an entre into the fitness field as well.

The Misapplication of Advanced Weightlifting 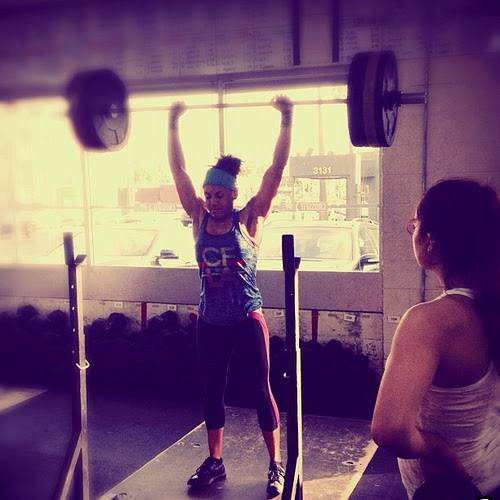 Consequently there is an ever-growing interest in the snatch and the clean and jerk, with more people attempting to master these lifts with greater regularity. But what I am seeing more frequently is an attempt to employ the methodologies of advanced weightlifting training in the training of beginners and intermediates, and even in the training of athletes merely using the lifts for strength and conditioning purposes.

Coaches and instructors need to realize that advanced approaches are directed toward accomplishing the goals of high-level weightlifters and are not suitable for other populations.

In the early 1990s, when it was discovered that weightlifters based their training intensities on percentages of 1RM, there was a sudden stampede to include this method of determining proper training weights. What was overlooked was that this method was employed by athletes who had mastered technique and who trained to lift 100% maximum singles as part of their sport. Athletes who had not trained their nervous systems to this level of efficiency would never lift a true 100% and thus the method was less than accurate. It was also fairly common for various coaches to come up with methods of calculating 1RM without performing 1RM.

So many people have recently become enamored of the Bulgarian method of maxing out on the classic lifts, power snatches, power cleans and jerks, and back and front squats. This method worked effectively for a highly select, talented number of individuals with extensive training backgrounds in more conventional training approaches. Although some top lifters around the world use this approach, it is not engaged in without an extensive multi-year background in traditionally programmed training. It is not unusual to find relative novices attempting to use this method even before technique has been solidified.

Athletes in certain sports will benefit from just performing power snatches and power cleans and jerks initially, along with some back squats, front squats, good mornings, and presses. They do not need to learn to do the classic lifts, nor to train with great intensities. The body control and awareness developed through performance of the lighter derivatives will do a great deal to enhance athleticism, balance, and proprioception, and consequently result in a greater improvement in performance.

Heavy deadlifts and pulls as performed by elite level weightlifters are not necessarily helpful for athletes in some sports. When the Romanian deadlift was discovered to be another “training secret,” it was included in nearly every strength and conditioning program I read about over a two-year span or so. One was even for golf. The flavor of the month need not be included in training programs where it is inappropriate.

The development of athleticism and sound technique must precede the specialized development of strength. All too many individuals are looking to use advanced weightlifting training methods without first mastering effective technique and developing athletic qualities. This approach will result in strength development that is imbalanced for performing the classic lifts, and may well lead to uneven stresses around joints.

So many beginners I see are using an excessively wide grip in performing the snatch. Coaches need to realize that technique is developmental and elite level athletes using a very wide grip did not begin their careers with such a grip width. It gradually widened over time. Premature employment of a wide grip will result in undue stress on the wrists and shoulders, in addition to causing an excessive arc in the bar pathway. 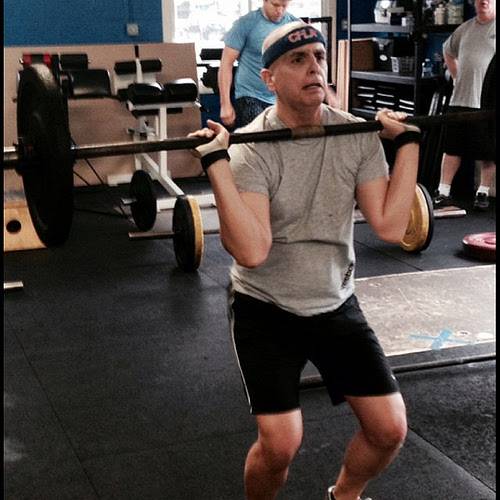 The snatch and the clean and jerk must be learned properly before being included in a weightlifting-training program or a strength and conditioning program. In either case, the developmental level of the athlete in question must be considered before embarking on program design. Appropriate levels of achievement and skill must be attained before progressing on to the next level.

Employing advanced technique prematurely will result in less-than-optimal results and, in fact, may lead to set backs and, in the worst case, injuries. A primary function of a weightlifting or strength and conditioning coach is proper assessment of ability level before providing training prescriptions. Any coach lacking the capacity to determine proper development needs to become educated in this area before making inappropriate coaching decisions.