When I graduated from University with my education in physiotherapy, I embarked on a quest that continues today – to understand spinal problems as well as anyone on the planet ever has and to be the best I can be in treating those problems in a clinical setting.

This article is intended to assist health and fitness professionals to understand back pain and its characteristics, to then be able to train clients with a low-back injury history and to make educated and scientifically evidenced exercise choices.

One of the most important things to understand is how pain behaves in response to exercise application. But before we go into those concepts, we first need a bit of necessary anatomy.

Note: I have to leave the in-depth anatomy aside for now, and this will be a basic introduction for illustration purposes. I’ll create some articles on lumbar spine and spinal disc anatomy in the coming months to improve the understanding of those people who don’t have an in-depth anatomical appreciation of the area. Today, though, just follow me as I take you through the most basic anatomical construct.

This illustration maps out the how the two main components of an intervertebral disc articulate with the vertebra.

Let’s get it straight – most low-back pain is caused by stress or injury to the intervertebral disc.1 The Intervertebral disc is just as the name states. It is a disc that is placed between two vertebrae. In the lumbar spine, the disc is composed of two basic components.

The annulus is a series of rings that surround the inner, more hydrated (fluid) nucleus. The annulus rings are woven into the ends of the bone (hence, why discs can never “slip”).

Now, consider the disc to behave similarly to a blown-up balloon. When you place pressure on one area of the balloon, the area furthest from the pressure will bulge out as the air moves away from the applied pressure. Your disc essentially behaves in that manner. If you bend forward and sustain that position, the nuclear fluid within the annulus will move backward away from the pressure source. As such, we can use this concept to understand the relationship between disc loading and pain behavior.

When a person has a pain that is due to injury of the intervertebral disc, then the location of that pain and that pain’s response to an exercise or posture can assist us in predicting the direction of movement we should apply to help the disc heal and prevent further injury.

“Centralization can help identify individuals with chronic low-back pain who may positively respond to exercise and training outcomes.”

There are two general directions that are most often applied to low-back injury. Lumbar flexion forces or lumbar extension forces. These are not the only two directions available, but for the purposes of this article, let’s use them for our demonstrations.

Let’s examine a situation where a person has pain in his hamstring that is due to sciatic nerve referral. But he has no low-back pain. This client is tested by making him stand and bend forward to touch his toes about ten times. Upon completion of the ten repetitions, he says his pain in the hamstring is now better, he has no back pain, and he has pain in his calf only, but it is less intense than the hamstring pain was.

WARNING: This is peripheralization. It is not the severity of the pain that is most important; it is the location. In this case, the pain has moved further from the spine. The injury has actually been increased.

Now imagine we test the same person by making him stand with his hands on his hips and bend backward ten times. This time, after completing the repetitions, he states his hamstring pain has gone, but he now has low back pain, and the low back pain is more intense than the hamstring pain was.

GREEN LIGHT – GO: This is centralization. The pain has moved from the periphery to the center. The intensity is not the variable we are following. It is location. 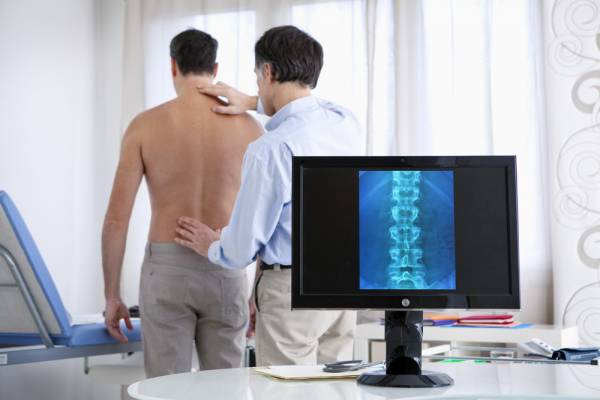 The origin of pain rather than its severity is the most important component in assessing a client’s movement.

<strong”>Here is your concept to understand. As a result of a movement or sustained posture, where does the pain move? Central or peripheral?

The Importance of the Centralization Principle

Research has proven this principle is an astoundingly accurate predictor of the likelihood of a successful treatment outcome and that it reliably determines the appropriate direction of treatment exercise.2 Centralization reliably differentiates discogenic pain from nondiscogenic pain, and it predicts the intact from ruptured annulus in symptomatic discs, being superior to MRI imaging in determining painful from non-painful disc injury.3

Imagine that. If you become proficient at exercise application and low-back pain, you can actually be more accurate at determining low-back injury than an MRI. I’ve executed this approach so often that I can often predict the MRI findings and exact type of injury simply through history taking and movement examination.

“Back pain, as with any physical condition, is a multifaceted and multi-influenced construct. As such, behavioral influences must always be considered.”

The occurrence of centralization during initial mechanical evaluation is a very accurate predictor of successful outcome and it reliably determines the appropriate direction of treatment exercise. On the other side of the coin, the non-occurrence of centralization to imposed examination accurately predicts a poor treatment outcome and is an early predictor for the need of surgical treatment.2 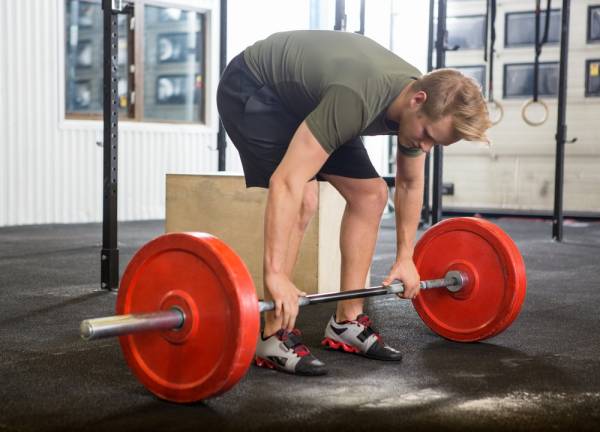 It is imperative to learn the source of your pain before attempting any sort of spinal loading through exercise.

The Complexity of Back Pain

Back pain, as with any physical condition, is a multifaceted and multi-influenced construct. As such, behavioral influences must always be considered. If you have the training to examine nonorganic influences, such as Waddell’s signs, it has been demonstrated that low Waddell’s scores and centralization predicts a strong return-to-work outcome. A high Waddell’s and non-centralization predicts a poor return to work outcome.4

“[I]t is imperative you consider the location of the pain and its changes in response to your exercise, not simply the intensity of the pain.”

In clinical practice, I am constantly aware of behavioral influences that may impact upon my rehabilitation pathways. But it has been demonstrated that centralization is more significant than psychological factors in predicting long-term outcomes.5

Now, how to differentiate between the different structures that can cause back pain, whether disc, joint, neural structure, muscle, psychological constructs, etc. That is a series of further articles to show the differentiation techniques and subjective history flags that are consistent with them. It is a lot of in-depth understanding. And perhaps we’ve covered enough already for one session.

So, for now, let’s just work on clearly understanding the relationship between movement, posture, and pain behavior as characterized by the centralization and peripheralization phenomenon. This is about pain, not structure. We are using the disc as an example, the most common example, to demonstrate a theoretical model of the cause of the phenomenon.

When you are prescribing and imposing an exercise upon a person with a history of low-back injury, it is imperative you consider the location of the pain and its changes in response to your exercise, not simply the intensity of the pain. And remember, these tools are predictors and benchmarks. Each actual case will be different and your influence as a professional can be one of the most important factors of all. Your ability to communicate your expectations, your prescriptive exercise requirements, and the client’s understanding of your approach often are the most important hinges upon which the case may turn.

4. Karass, et al., “The relationship between nonorganic signs and centralization of symptoms in the prediction of return to work for patients with low back pain,” Physical Therapy 77:4, (1998): 354-360.