How to Put 40kg on Your Deadlift in 15 Weeks

This is not another fancy deadlift program. This is real world advice about what you need to get results.

I bet that’s not the first such headline you’ve seen. But you’re not going to find a fancy new program here. The reality is that if you want to achieve a result like a forty-kilo increase, it’s going to be about more than the program you use.

It’s about implementation with due diligence. Do the little things right, and you will see big numbers.

Meet Ian Chilton. He’s one of the good guys.

Let me introduce you to my friend and client, Ian Chilton. He’s a kind soul, a family man through and through, and he is always there for everyone else. He’s also committed to his training. However, sometimes life gets in the way.

Does that sound familiar? Perhaps it even sounds a little like you.

I’ve been working with Ian a long time, and during that time we raised his deadlift up to 200kg. In just the last fifteen weeks, he has taken his deadlift from 200 to 240kg. That’s a 20% increase, and no mean feat when you’re already lifting heavy. So you may be surprised to learn that my primary objective with Ian has never been to hit a super heavy deadlift.

So what happened to skyrocket his performance? What did Ian do to take his performance to levels even he wasn’t expecting? Here’s what he put into place to put 40kg on his deadlift in fifteen weeks, and how you can do it, too.

Not Missing a Single Training Session

The programming Ian follows is a weekly strength program I make available to all who have completed my Strength and Power Level 2 Course. The programming calls for four sessions a week. Ideally, these would be on Monday, Wednesday, Friday, and Sunday.

“Every week, he gets in all four sessions, even if it means bending the rules slightly by training on alternative days. Because really, there are no rules.”

But as we discussed before, life often has other plans, and this schedule isn’t always possible. However, Ian doesn’t let this deter him. Every week, he gets in all four sessions, even if it means bending the rules slightly by training on alternative days. Because really, there are no rules. And the benefits of consistency trump everything.

When Ian wants something, he gets after it, and when he gets after it, he gets it. He’s never needed to train with others to help drive or motivate him. But over these fifteen weeks, he has hooked up with others on the program for training sessions. And guess what? His progress has stepped up yet another level. 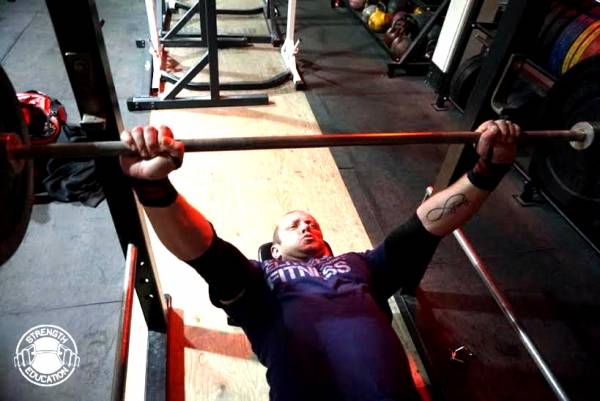 Don’t underestimate the safety aspect of working with another person on the squat or bench press. Ever struggled with a weight, only to have a spotter for the next rep, and make the weight with relative ease? The body will only allow you to push on if the mind feels you are safe to do so.

READ: 5 Spotting Rules and Techniques Everyone Must Know

Factor in the enjoyment and friendly competition that goes with training in a small group of focused people (and the trash talking that inevitably follows), and somehow you find yourself having more of the super-productive sessions and fewer of the bad ones.

This is perhaps the biggest game changer. Ian has dialed in his eating with the help of a company called Gold Standard Nutrition. They have drawn him up a meal plan and provided the food to go with it. The food is convenient, healthy, and quick to prepare, meaning there are no excuses. He’s dropped from 116kg to 103kg. That’s huge.

READ: How to Create Nutritional Plans That Stick

For me, the analysis stops here. I don’t care if the meal plan is centered around the foods the company is selling. I’m not going to enter into a discussion about whether there are healthier options or if variety of food is an issue. These may or may not be concerns, but the simple fact that Ian has dropped 13kg in bodyweight puts him in a much healthier position than he was in before.

His movement is better, he can go for longer, and his performance is through the roof. In fact, he’s the strongest he’s ever been, not just in relative terms to bodyweight but absolute terms, too. That’s what matters. Those are some serious results and benefits.

Every week, Ian hooks up with me for a GPP/prehab session. We’ll perform a variety of drills to keep his body healthy, do some gross-level conditioning work, build on weak areas, and take a look at technique points. Ian is so convinced of the role these sessions play in his progress that he calls them his “secret weapon.”

Ian during one of his prehab sessions – what he calls the “secret weapon.”

Sorry, Ian, your secret is out. And I’ll let you all in on a secret, too. It’s not that these sessions are with me. It’s the fact that week in, week out, Ian is consistently taking the extra steps required outside of his regular training sessions to keep himself in check, along with conditioning his body to cope with the increased demands he’s placing on it.

Leaving Something in the Tank

This program calls for regular max work. But “max” is a vague word. Rarely will Ian go beyond his technical max (the max weight he can hit with perfect technique, or at least without any major deviation), as he knows a max reliant on good technique is not only a better strength-builder but a better strength-marker, too. This type of max scales well on all levels. At the end of a cycle, he pushes a little harder and goes for a training cycle max. But unless he is in a competition setting, Ian will always leave something in the tank.

“Doing a few of these things, here and there, now and again, is not going to do anything at all. The cumulative effect of each of these performance points is greater than the sum of its parts.”

Once the main lift of the day is done, it’s on to a supplemental movement, followed by a few assistance pieces. Ian knows the trick here is to not miss a single rep. It’s simply not worth it. Hit the rest of your session with intent and perfect form and you will build and bulletproof your body without wrecking it.

Are there things Ian doesn’t like doing in the program? Absolutely. Are there things he is unsure about? For sure. But he does them, without fuss and without fail. He’s put his trust in me to program for him and has seen the results that come when he puts all the pieces of the puzzle together with intent, mindful application, and common sense. 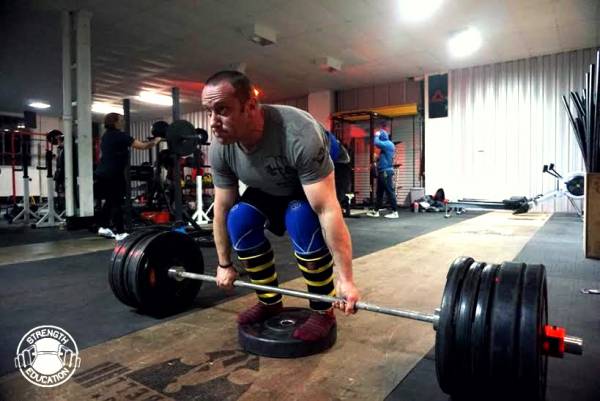 Trust the program, and concentrate on how you can implement it in the best way possible. How many of these aspects of your training do you truly have dialed in? And how many do you just pay lip service to? It would be all too easy to read this article and think, “Is this guy serious? Playing with this stuff is not going to add 40kg to my deadlift.”

And you’d be right. Doing a few of these things, here and there, now and again, is not going to do anything at all. The cumulative effect of each of these performance points is greater than the sum of its parts.

Don’t take the concepts in this article lightly. Ian has been lifting for decades, and it’s only when he nailed every single one of these points down that he advanced at a rate he would never have previously dreamed of. If you feel like you’re doing everything by the letter and still not making progress, it’s time to nail down these details and watch your numbers fly.