How to Unlock Your Athletic Potential Through Good Posture

If you fix your postural alignment you will jump higher, run faster, hit harder and help prevent a laundry list of injuries that could keep you out of the gym for months.

Look, I get it. Posture isn’t sexy. It’s not as impressive as adding pounds to your snatch or as exciting as getting your first muscle up. That being said, the reality is that with poor postural alignment all of those things become immensely more difficult.

If your posture is jacked up from hours of sitting at a desk, then not only will it ruin your snatch, clean, deadlift, and squat, but you’re also setting yourself up for a long list of injuries: shoulder impingement, labrum tears, rotator cuff issues, lower back problems, disc issues in general, hip flexor tendonitis, knee and ankle issues secondary to poor hip and pelvic stabilization. The list goes on and on. Talking about posture may not get the physio-nerd in you all hot and bothered, but I’ll tell you this: if you fix your postural alignment you will jump higher, run faster, hit harder and help prevent a laundry list of injuries that could keep you out of the gym for months.

The Importance of Postural Alignment 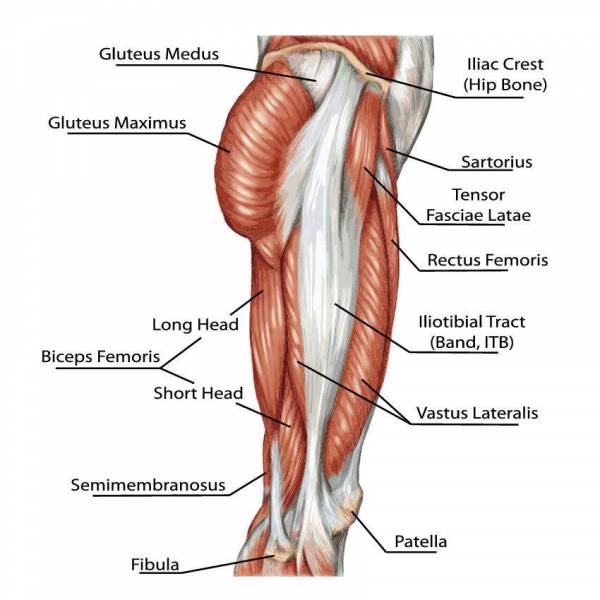 A large portion of the most common postural issues and also some of the most easily reversible problems stem from sitting down too much, particularly if you’re leaning forward and hunched over a keyboard. When we sit for prolonged periods of time the group of muscles responsible for hip flexion (there’s nine of them altogether, but the major ones are your rectus femoris and sartorius which are muscles of your quadriceps and the iliopsoas which is a deep muscle of the hip) are in a shortened position. Spend enough time with these muscles like this and they start to adjust to their new length and even develop a preference for staying that way. Your body will adjust to any demand you place upon it and all it’s doing by shortening these muscles is helping you maintain the position that you’ve demonstrated you really like being in. Don’t get angry at your hip flexors, they’re just trying to help you.

The problem becomes that when your hip flexors are tight, it throws off your pelvic position. Once you stand back up, your tight hip flexors will pull your pelvis forward into an anterior pelvic tilt (APT) and this can cause a whole host of issues. First and perhaps most obviously, tight hip flexors can contribute heavily to hip flexor tendonitis, particularly when you try to use them in a flexion heavy activity like running. Having your pelvis tilted anteriorly will also lengthen your abdominal muscles into a less than ideal position, which can lead to poor abdominal control and poor core stabilization. This scenario, when compounded with the additional pressure exerted on your lower back from the poor pelvic position, can cause a whole lot of lumbar pain. 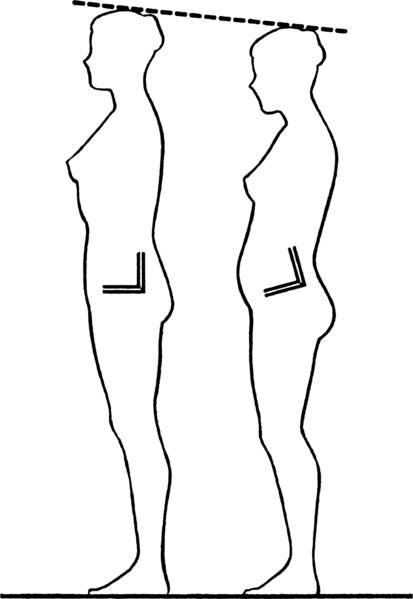 When you have a pronounced APT (as shown on the right side of the illustration) you’re also lacking the ability to achieve full hip extension – and that’s huge.

Opening your hips quickly and powerfully is the basis of almost all explosive movements in athletics and weightlifting. Tight hip flexors and a pronounced APT will make you run slower, jump lower, and leave you with a rather embarrassing snatch.

On top of lacking the range of motion required to reach full extension, if you haven’t been fully extending your hips then the motor patterns to do so haven’t been well developed. As a result your hip extensors (read: glutes and hamstrings) probably aren’t firing as well as they could be.

On top of these basic postural problems, the fact that you’re sitting on your hamstrings and glutes for hours a day leaves them in disadvantageous positions. In particular, your hamstrings are chronically shortened by their insertion and chronically lengthened at their origin, rather than being at a comfortable and neutral length and tension point along the entire muscle. All this to say, you’re just adding more fuel to the postural fire.

Probably the second largest set of issues from poor posture is at the shoulders. Want to do a simple test? Stand up and let your hands hang down by your sides naturally. Just let ‘em hang hang wherever they will. Now take a look at your palms. For the most part your palms should face each other. In other words, your thumbs should point forward and your palms should face the midline of your body. If your palms face backwards, then congratulations, your shoulders are passively internally rotated. Well, it’s not really congratulations because passive internal rotation is pretty terrible.

Once again, this insidious physiological issue is often the result of simply leaning forwards with your upper back hunched and your shoulders rounded for extended periods of time. Internal rotation is a basic motion at your shoulder (just as flexion is a basic motion at the hip), but when your shoulders sit in internal rotation, then the muscles responsible for producing that motion (your lats, teres major, pec major, subscapularis, and anterior deltoid) suffer a similar fate to your hip flexors in chronic flexion. They get shortened and locked down at that length because it’s the easiest way for your body to maintain that wonderful hunched position. 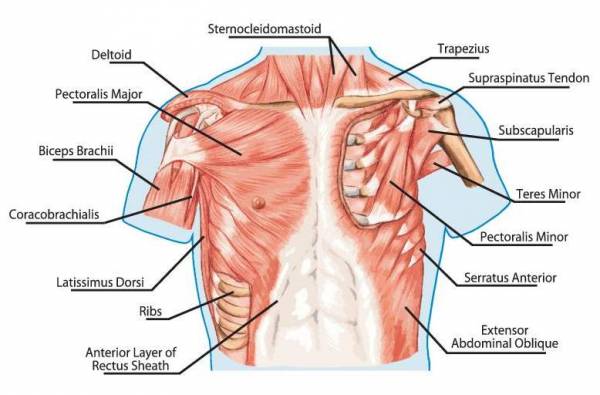 Are you starting to see the trend? Scapular mobility is a huge part of shoulder integrity and athletic performance. Poor posture screws with your scapular mobility. The best part is that we haven’t even approached the further issues that poor posture can cause in your neck and upper back. (hint: more pain, weakness, and loss of mobility)

How to Have better Posture Right Now

There are a lot of complicated issues involved in posture and similarly complicated approaches to handling the problem. While many things have a place in any course of therapy or rehab, the nature of diagnosing and treatment movement disorders must be one of simplicity first.

Often when dealing with pain or weakness we attack the joint and the associated muscles without attempting to understand the causes that led the muscles and soft tissue to get tweaked in the first place. The first step in treating poor posture is teaching yourself what good posture is.

In a general sense, proper postural alignment can be attained by doing the following:

For most people this sequence will get you within 90% of what your postural alignment should be. Some of us may need further stretching and corrective exercises to help achieve the right positions, but I do believe the best fix for posture is forcing yourself to maintain it. One of the issues with teaching correct posture is that posture, strictly speaking, should be reflexive. In other words, you shouldn’t have to think to achieve good posture. That being said, like with other movement patterns, the only way to get to that point is by practicing good posture over and over until it happens naturally. This is the basis of motor patterning.

Once you’ve learned what proper alignment feels like, the best way to reinforce it and maintain it is to use it. Exercises like deadlifts and kettlebell swings require you to achieve proper posture and then load that postural pattern, which really drives the point home in a neurological sense. When it get’s dangerous is when you’re doing all of these movements with poor posture. This reinforces everything about the negative positions and compensations you’ve already become victim to. Once you start reinforcing and using bad patterns, weakness and injury are not far away.

Proper postural alignment is the basis of all movement. If your posture sucks, your movement suffers and you might get hurt. Fix your posture and you’ve just taken a huge step in unlocking the full athletic potential of your body. You may also avoid some injuries along the way. Are you starting to understand why you need to pay attention to posture?