Olympians are glorified and their success is celebrated worldwide. Their biggest dreams come true, but at what cost were they achieved and what do they do afterwards? And what does it really have to do with each of us and the time we spend in the gym?

The Life of an Olympian

The life leading up to becoming an Olympian is far from normal, requires incredible sacrifice, and can leave a huge hole after the experience is done. Russian skaters Tatiana Volosozhar and Maxim Trankov (pictured to the right) skated their entire lives for their Olympic moment. They dedicated the last four years to this single performance. They have often been asked if they are dating, but even that had to be put on hold because it could be a distraction. Maxim moved away from home at a young age to live at the skating rink where he was training. He got one meal a day from the rink as his only meal. 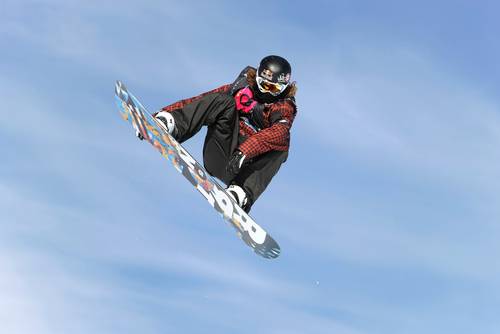 And beyond that immense sacrifice, fourth place at the Olympics is almost viewed at as the first failure rather than an incredible feat. Shaun White (pictured to the right), the snowboarding legend, struggled with a bad day finishing out of the medals at the Sochi Olympics. He threw down a monster run during qualifying, scoring a 95.75, but was unable to repeat that performance during the finals. The criticism mounted, with it being called a “bum run” or a “sad saga,” amongst other names. The reality is performing a 1440 double flip while jumping twenty feet in the air off snow is just not that simple. Being able to land it once is almost a miracle, much less performing it regularly. It is disappointing that Shaun was unable to earn a third gold medal, but he is still an elite athletes and one of the best in the world. Every day can’t be your day, but rather than focusing on the negative we should still celebrate how amazing even his failures are.

How We Can Apply the Olympics to Our Own Training

We have become so far removed from the effort, dedication, and skills these athletes show that people feel free to criticize them. The reality is more people struggle to get off the couch than can run one mile, much less ski almost two miles downhill at 60mph with ninety-degree turns and football field-length jumps. Everyone who even makes an appearance at the Olympics should be celebrated and we should take note from the athletes who show up with no chances at winning the medal. Every year there are athletes from countries most people have never heard of who are going to finish way behind the winners – but they show up anyway. They show up to compete, to do their best, and to inspire the men and women of their country. These are the athletes I think should be celebrated the most. 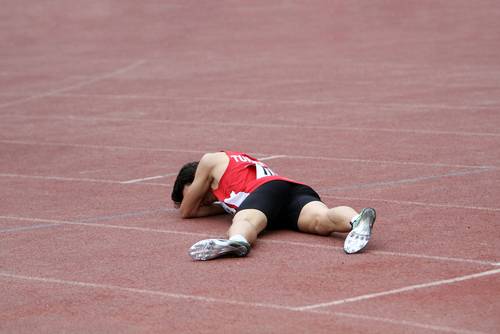 These athletes are so positive, inspiring, dedicated, and incredible, yet get underplayed because they do not medal. We place so much emphasis on winning that everyone else gets shunned and athletes become national disappointments if they don’t measure up. The Olympics is about coming together as a world to celebrate our athletes and our shared values of honesty, integrity, and sportsmanship. We should be thankful we are able to come together as a world and take more away from this event than the gold medals. We should all be inspired by the very achievement of building the immense stadiums, the gathering of athletes from all over the world, and the amazing physical feats they accomplish.

The athletes who participate in the Olympics are so elite that you probably don’t know anyone who could even step into the arena with them. In watching the Olympics, we can be inspired by how hard these men and women work, and the sacrifices they made to get there. Chances are many of us give up way too early on our workouts. So perhaps the best lesson in watching the Olympics is that even if we won’t ever reach that level, we can each train harder and not make any more excuses.

Jeff Kuhland is a fitness professional who is living the dream. He is the owner and author ofAthletic Human. He also works as a Certification Team Instructor for MovNat, and is the Program Director at The Aid Station. Before this he began his fitness career inhigh school where sports were always a focus. After running cross country, indoor and outdoor track, and playing soccer, Jeff went on to run Division I track at James Madison University. He now participates in many endurance and outdoor sports, including ultramarathons, adventure racing, kayaking, rock climbing, wakeboarding, snowboarding, and many other extreme sports.

He is currently training to set speed records for kayaking the James River and New River.

Jeff's career highlights include winning Nationals for the U.S. Challenge Adventure Racing Series in Lake Placid in 2008 and placing 1at Worlds for the Intelligent Sport World Series held in Cyprus. Jeff has completed the Mountain Masochist 54-mile ultramarathon, kayaked/rafted the Grand Canyon (226 miles), and is currently on a quest to hike to the top of all fifty United States.

He earned a B.S. in Sports and Recreation Management with minors in Business, Economics, and Exercise Science from James MadisonUniversityin 2009. Jeff completed his Master of Business Administration from Lynchburg College in 2012.