At various times during my active weightlifting career I was asked why I competed. What could I possibly get out of it? Months of hard work culminated by just six lifts in a competition, and no way to argue with the results on the scoreboard. The posers of the question were usually non-athletes. While these people may have enjoyed watching and avidly cheering those competing in professional sports, they did not imagine their own lives being enriched by such heady action. Why would this be so?

This was back in the 1960s and 1970s, when sports took a back seat to other things in the fast-changing culture of the times. It was the era of anti-Vietnam protest, sexual revolution, drugs, and psychedelic rock. These were things that the majority of the youth culture thought was more important, or at least more fun. The discipline of sport training was considered square and old fashioned, if not “fascist” or authoritarian in nature.

Majority thought notwithstanding, I always thought that shunning competition was mainly an excuse to avoid coming to terms with your own limitations. By competing you might have to face the fact that you are not as good as you thought you were, and that can be scary. This all was essentially a risk-avoidance gambit on these doubters’ parts. Competition was a dirty word with many then (as it often is today as well), associated with the wrong type of politics. My only response was, “How convenient -anice way to hide your chickening out.” In contrast, these questioners would apparently risk their health with drugs, but they would not risk their egos.

As mentioned, this anti-competition stance was common in the campus world then. But, strange as it may seem, I have also seen this in the weight sports where the denizens there could be expected to show more moxie. In my gym in the 1970s, we had a fellow who could bench 375lbs – a lot for us then. He was soft but had plenty of pec muscle underneath. He never did a squat that I know of, maybe no deadlifts either. There was a contest coming up, and he would have probably set a bench record, but he himself chose not to enter. He chose to pass up an easy record so as not to lose to someone with more balanced lifting. Upon closer examination, he appeared to have used his bench press specialization as a lazy sort of bodybuilding program, but without the need to watch his diet. He liked being big but had no regard for definition or leg training.

There was also a bodybuilder in our gym who could have easily won the associated physique competition at the lifting contest, even though he had never entered one in his life. He did send in his entry, as I recall, but mysteriously didn’t show up on contest day. He had some lame excuse, but the real reason was that he wasn’t sure he would win. He bailed on the chance to risk his reputation, which he imagined would be compromised with a defeat. There were two things he didn’t realize that were way more significant though. One was that he had also never won anything either. Two was that you lose more by not trying at all than by trying and losing.

As hockey great Wayne Gretzky has stated, “You don’t make every shot you take but you will miss 100% of the shots you don’t take.” And that’s just a new iteration of the old saw “nothing ventured, nothing gained.” 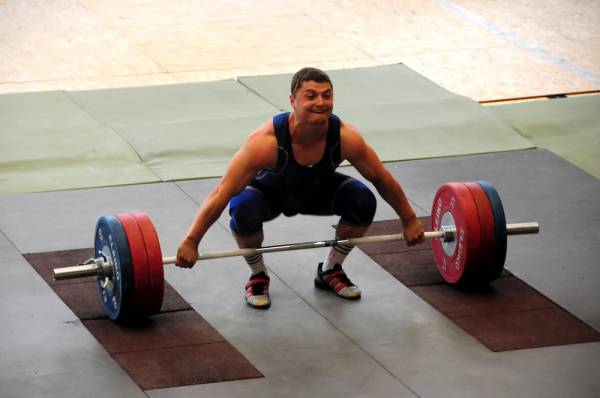 Training for lifting without entering competition seemed as silly to me as training for football or any other team sport and then not bothering to go to any team try-outs. In that I was no different from most other Olympic lifters. Only in competition can an Olympic lifter satisfy that urge to metaphorically step onto the Coliseum floor and do battle. Outside the elite levels of weightlifting, physiques are not that impressive that you can get an ego boost just by showing others the physical fruits of your labors. In bodybuilding and powerlifting it is possible to do this, but not usually in weightlifting. You have to step on that platform to impress anyone, even yourself.

Now, what about the risks? What if you train hard, enter, and lose? Well, it’s not a what if. It is a when, at least in your novice days and often beyond. There are a lot of good lifters out there, and most started before you did. You have to work your apprenticeship. It is not even like it is in professional boxing. There you work an apprenticeship as well, but your manager and trainer will usually line you up with opponents you can expect to beat. In weightlifting, coaches have no control over who else may enter a meet, so you have to expect that you may get blown away sometimes. In other competitions you may win easily if no one comes. You will not win every meet you enter, modern self-esteem instilling teaching methods to the contrary. This is true regardless of the sport. Hell, it’s true of life itself.

However, in the event that your opponent has posted a qualifying total a hundred kilos above yours it is not a time to roll up and die or even to quickly withdraw from the meet. No, barring a bomb-out or him suddenly having a heart attack and dying, you are not going to win that one. What you do then is to forget about that individual as an opponent, that day at least.

You then concentrate on the one opponent who will be more fearsome than anyone. You guessed it, that competitor is you. You do have a best competition total or your best gym lifts. The person who lifted those numbers is who you will be competing against this day. You and him (her) are two different people, because competition lifting is way different from gym lifting. In fact, you should see the lifter who did your gym PRs as your opponent, one who is not the same person as you – a different person. You are the lifter on the competition platform. And you must defeat that other lifter. 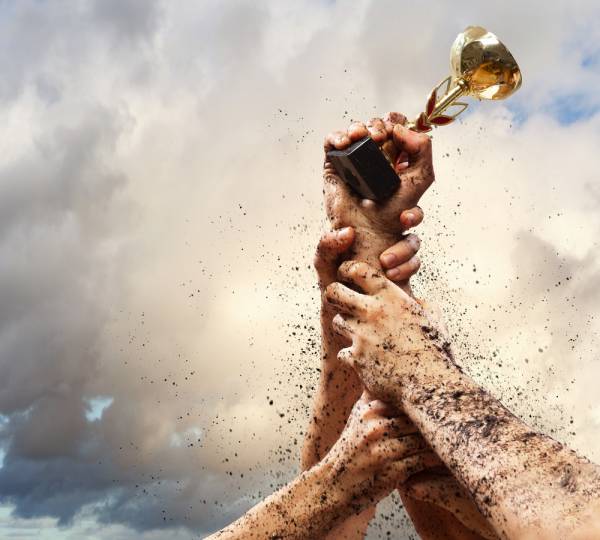 Weightlifting always comes down to this. You only have one opponent, ever – and that is you and the fears you want to defeat. But you cannot really defeat this opponent lifting in your gym. You can only do it on the competition platform. You win on this day by setting a new personal record.

After the meet you go back to the gym to train for the next meet. You are now the lifter in the gym again. You must now change places and out-lift the one you were in the last meet. Keep doing this, keep out-lifting that other lifter and you will be that frustrating lifter who posts that qualifying total far above all others. Step by step, that is how a career is built. But you need to compete to make it all work.

Oh, and just in case you are wondering, what happened to all of those competition knockers of the 1960s? Well, they are all in their sixties now, wondering how they can get in better shape before the grim reaper claims them. All looking for something at least a little bit competitive to make it interesting.