I Have a Dream (Team): When Winning Is the Only Thing That Matters

What is the point of the “fittest gym” if the fittest gym is merely drafted? It’s nothing.

There is something primal in the will to win. The cellular-level drive to emerge from any sort of competition as the victor is an innate desire that human beings can scarcely understand. We’ve been engaging in competition with one another since – well, even before we started walking upright and since that time, our instincts have demanded that we win. Not tie, not lose – win.

It’s a powerful drug, winning. In 338 BC, Eupolus of Thessaly, a boxer in the Olympics, bribed all of his opponents to take a dive thus assuring him of the win. Yes, 338 years before Christ. That’s just one example of what our will to win compels us to do. There are millions of other examples. From a high school basketball ref subtly, almost subconsciously leaning calls for the benefit of the home team to Barry Bonds injecting stanozolol.

The will to win is nothing new to the world of CrossFit. It’s built directly into the methodology. As soon as you say “for time,” you have introduced an element of competition into the process that pits athlete against athlete, even among the friendliest of middle-aged house moms. CrossFit, the fitness program, has given birth to the CrossFit Games. Now, “winning” takes on many connotations in the Games process. Winning starts with the Open. In any given workout, you can win your region, your age bracket, or you can even win the workout worldwide, for which prize monies are awarded. Winning can mean advancing to the regionals level, either as an individual, or as a team. It can mean advancing to the Games themselves, and finally, winning the title of Fittest on Earth.

If you are an individual or a team whose goal is to make it to the CrossFit Games, then you are likely an individual for whom the will to win has been deeply ingrained since birth. Overachieving, high school and college athletes, who know the drive, the requirements, and have the dedication to do what is necessary to make it. This probably describes elite athletes in any sport. 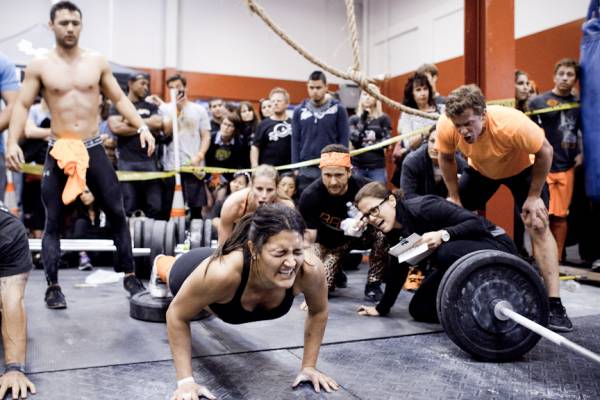 Most elite athletes will avail themselves to every possible means of giving themselves a competitive edge. For many, this runs the gamut from the best training, coaching, programming, and diet, to the best equipment, training facility, and so on. Anything that will give a person a competitive edge. All highly above board. If I wear tape on my wrists because it allows me to overhead squat a bar with less discomfort and allows me to go faster, then I have just availed myself to the competitive advantage provided by taping. If I wear knee sleeves because they help me to do pistols, I have just provided myself a competitive advantage that is perfectly legal and well accepted.

And then there is the next level of competitive advantage. What can best be described as “gray practices.” Gray practices float in that uncomfortable space between perfectly legal (wrist wraps and bull testicles) and illegal (performance enhancing drugs and other forms of cheating).

The CrossFit Games Affiliate Cup is designed to find “The Fittest Gym.” In theory, a gym and its fittest members are reflective of the immense vision, programming quality, and dedication of its owners and coaches. If a person opens a CrossFit gym with a vision to cultivate and train the best athletes and consistently does so, year after year, and that gym consistently qualifies for regional level and perhaps the games, you have what is clearly a fantastic program, facility, and coaching, which are attracting and producing quality athletes. In a perfect CrossFit box world, these are people who have trained together for years. People who have grown together in the spirit of competition, and consider themselves a true team. 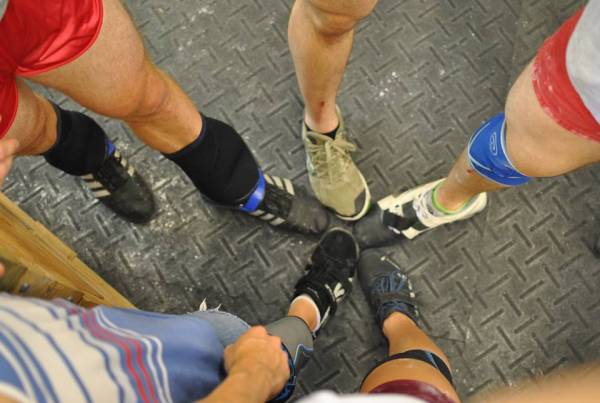 There were a few fairly well publicized examples of this last year, for example Brick CrossFit, who qualified for the Games and then was disqualified because of an ineligible athlete, and some dream team in Florida whose members were from all over the state. They were dominating the Southeast Region in the Open and then disappeared. Facebook got ‘em.

Knowing that the glaring eye of social media is like a white hot spotlight, teams and boxes are getting wise to merely trying to slip an athlete in through the back door and hoping no one notices. Now some have changed to hosting “Athlete in Residence” programs. Gray Practices. No later than January 1st but hopefully much earlier, world class CrossFitters begin descending on CrossFit Box XYZ, train like family, and then disappear like the wind once the contest is over. Or, drive 200 miles several times per week to create a paper trail of training records. And yes, while it’s complying with the letter of the law, it’s certainly skirting around the spirit of the same. 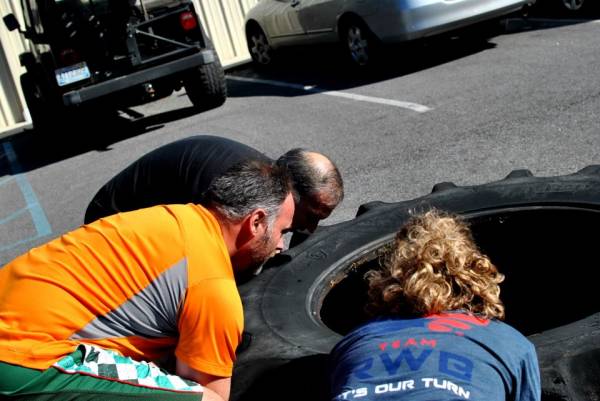 Which is too bad. Because there are teams out there who have trained with and given their blood sweat and tears to a team within the same box for years. I applaud CrossFit gyms whose team members are all real members of that community, and have been since day one. Box owners who aren’t interested in forming a dream team but would rather let their programming and coaching cultivate the talent. After all, what’s the point of the “fittest gym” if the fittest gym is merely drafted? It’s nothing. It reflects nothing about the owners, other than their ability to recruit.

Since this sport is so young, it is constantly evolving, and the CrossFit Games rulebook evolves to meet the challenges that are constantly presented by athletes and boxes who want to use gray practices to win. That’s the whole reason for the rulebook, is it not? Some of the rules did not exist until the will to win pushed ethics to the edge, thus alerting HQ that a new rule needed to be added. And sadly, it taints the sport. Because you would like to believe that the fittest gym standing on the podium at the end of the CrossFit Games is truly and unequivocally the fittest gym. Not the fittest compilation of athletes from a 200-mile geographic radius around a point.

There are two schools of thoughts that have been emerging on this topic since I posted a snippet of this article on Facebook a few days ago. One is the “this is B.S.” camp – voices from boxes who have solid programs, athlete development tracks, and the minimum skill requirements to even consider training for the team. Boxes that cultivate and produce talent and want to see the affiliate cup remain about affiliates. The other emerging voice is the “get used to it – this is professional sports” voice that asks us to just accept this emerging trend of envelope pushing and get over it. Perhaps this is how the coin will ultimately fall. I hope not. In fact, I suspect the National Professional Fitness League is currently being formed as one possible outlet for this type of dream team construction. Organized, head-to-head teams in what would be a CrossFit-esque matchup.

Until then, the eyebrow raising “really?” factor will still exist, where those boxes with 100% integrity watch in frustration as competing teams field athletes who “live suspiciously far away.”