If I could only teach one lesson to an aspiring weightlifter it would be that weightlifting isn’t about your body, it’s about your mind. Yes, your body does the lifting, and you have to build strength, speed, technique, and agility. But all of that is worthless if you can’t keep it together when the weights get heavy.

Let’s say you’ve spent the last 12 weeks working your tail off on two tasks: your technical ability on the Olympic lifts and your brute strength on squats. That is the basis of my own system, in fact. Get great at the technical aspects of snatching, cleaning, and jerking, all the while building up your ability to squat and pull heavy weights. It is basic, but it works.

Unfortunately, it isn’t enough. After that 12 weeks, when you go for a maximum one-rep-max attempt, your form goes out the window and you lift the bar as though you’ve never attempted a snatch in your life.

Having great form with light weights on the snatch tells me very little about your ability to lift maximum weights. Part of the reason is because knowing is easier than doing.

But the biggest reason is heavy weights are scary!

Great lifters learn to work around their fears, face them, and move past them. If you don’t, then when you attempt a heavy lift on the snatch or clean, you’ll freak out. You won’t hold it together. You will pull on the bar like a gorilla. You will fail to make a weight you could have easily made if you’d been fearless.

Weightlifting is a mental sport.

The sooner you come to terms with this reality, the faster you’ll hit new Personal Records (PR’s). 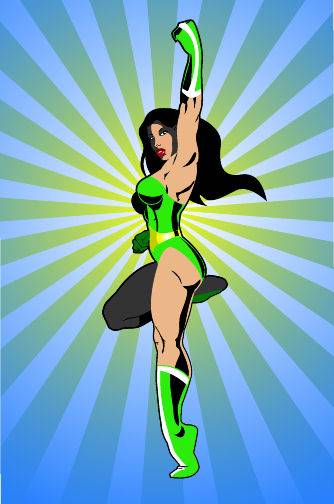 My lifter Arron has a unique way of facing his fear. When he’s heading up to the bar, on the platform, he imagines himself a superhero. I’m not sure if he’s wearing tights and a cape in his fantasy, but given that Olympic weightlifters DO wear spandex, it’s a natural fit.

I know how funny that sounds, but it has merit. Think about what this does for a second. You take yourself out of yourself. You no longer are subject to the same old rules that govern YOU. You aren’t you!

Research has shown when students imagined themselves to be mathematics professors they scored higher on math tests. This suggests the act of attempting to think LIKE someone else actually helps you to think more like them.

Sure, you might get scared by attempting that bodyweight clean and jerk. But Wonder Woman sure wouldn’t.

When you grab the bar, channel a super hero, and lift more weight.

A similar approach to facing your fears is to channel a Power Animal. The lifters in my gym all have them.

Sometimes our Power Animals are cool.

I’ve obviously got an Elephant. (Get it? Horton?)

Many Native American tribes (and other tribal cultures around the world) understood the benefit of having an animal guardian angel. They can help you to feel more confident during tasks that paradoxically require it, but shake it at the same time. 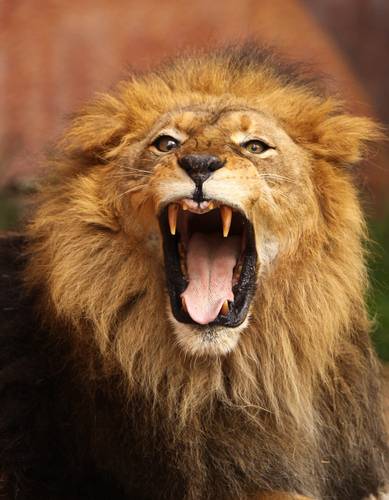 Imagine a shaman tasked with healing an injured or sick person – no hospital or modern medicine. That’s a heck of a lot more frightening than lifting a heavy weight above your head. If you fail, the person could die!

Allowing yourself the “useful lie” of a Spirit Animal who is able to guide you toward the right decisions is really just a method of shutting down the harmful effects of self-doubt.

When we are faced with a frightening situation, our rational minds shut down, and we start to panic. Panic is a sure-fire way of causing you to make a poor choice. Panic stops you from allowing your body to naturally do the complex things it would be able to do without any thought at all (typing, driving, snatching). You go from being a well put together person to a blubbering idiot.

The power of faith – in almost anything – is the power to calm yourself and do what needs to be done without getting in your own way.

How to go from Good to Great

The difference between an average performance and an excellent one lies in the quality of your attitude and in the robustness of your confidence.

It might seem like childish silly-talk to actively pretend to be something you are not or to imagine you have a Spirit/Power Animal watching over you, guiding you toward greater heights. In point of fact, it is the most adult thing you can do. Only a child would throw away an opportunity for growth because it sounds “uncool.”

The most successful people on earth understand you must find a way to channel strength into yourself in order to utilize it. You aren’t “faking” anything. You’re simply using a cognitive key to unlock the greatness that already lies within you.

Go buy a comic book and watch a nature show. Find your inner Super Hero and your spiritual Power Animal. Take seriously the fact that your mind can be driven to be greater than you currently think it can.

Do these things and you’ll lift some big weights, my friend.