For those us involved in any kind of performance training this equation has to be at the forefront of everything we do. The ability to produce force quickly is essential to victory. This is why the vertical jump is so revered as a test for force production. To go from a stand still to leaping as high as possible shows a great ability to produce force quickly. In sprint terms this is a fast start; in grappling it is shooting for a takedown; and in lifting it is the start of the clean and the snatch.

And this is where most people get it wrong

Producing force has as much to do with strength as it does with speed. Many chase after improvements in speed first instead of strength. Research shows, however, there are more potential gains in force production from strength development than there are from speed development. The Russians, and by extension Mel Siff and Tudor Bompa, knew this and all maintained that until you are squatting double bodyweight you have no need for speed work such as plyometrics.

There are three generally accepted ways to make you faster

Use a heavy load and try to move it quickly. (In practice this doesn’t work very well. It is extremely difficult to stay focused on speed of movement during heavy lifts.)

Use almost no load and move quickly (jumping, bounding, etc.).

Use a light load of approximately thirty percent body weight and move it very fast using exercises such as power cleans.

Let’s jump forward a bit and assume you’ve actually done your homework, you do squat double bodyweight, and you are actually ready for some speed work. But let’s also be realistic and say that you’re a thirty-plus year old recreational athlete and you’ve maybe got some knee or ankle issues, and frankly spending time jumping up and down is probably going to do nothing other than hurt you and make you miss your game. How can we get jump improvements from speed work then?

I hate to say it, but kettlebells to the rescue once again. There is now research to show that kettlebells can improve jump height too (which, incidentally, only mirrors studies done in cold war era Russia showing the same thing).

But instead of just talk about how swings help vertical jump, I think it’s more important to talk about the hows and whys of force production. I mentioned before that there are both load and speed factors in force production. I also wrote previously about various ways to test athletes to see whether they needed to do supplemental work on speed or strength.

And this is where it gets interesting

After a point using a heavier bell won’t allow you to continue increasing force production. It will increase strength, but after you reach that tipping point, no further force bonuses will occur, much the same as the squat example I gave above. Where that tipping point is for a person is difficult to tell without a force plate and some time on your hands to analyze data.

My super smart friend Brandon Hetzler, from Science of the Swing, has done exactly this and found that a bell of roughly thirty percent of body weight is ideal for force production. Both heavier and lighter in this case diminish your ability to move it quickly enough. Brandon found that the 32kg bell (he weighs 100kg) saw his force production jump fourteen percent from the 24kg bell. While adding load to either 40kg or 48kg saw it drop by a total of ten percent.

So, we’ve seen that this thirty percent margin is ideal for producing the most force with swings, and we also have studies to show that the swing does lead to increases in jump height (And, I might add, are much safer than extra jumping for athletes who may already be high risk due to their sport. And the first rule of coaching should be to never hurt your athletes or expose them to more risk than necessary outside their games).

But what about other kettlebell exercises?

Here’s what Brandon said to me recently via email:

Using a 32kg bell, I generated forces equal 1.9, 1.4, and 2.6x bodyweight in the swing, snatch, and jerk respectively. And, the 32 is my sweet spot bell. Additionally, why I like it for the carry over to the jump is that the force curves on the forceplate are very similar between the jerk and a vertical jump. Don’t get me wrong, swings are the foundation for everyone I train to jump higher, but jerks complete it. Over the past two years we are averaging a 4″ increase in vertical jump height for high school and middle school kids in an 8 week time period. I just trained a football guy for the combine and added 6 1/2″ to his vertical, dropped his pro-agility time from 4.28 to 3.99 (laser timed), and took his 40-yd sprint from 4:74 to 4:58. Over a span of 16 visits over 6 weeks.

I’m not very knowledgeable about the NFL but I’m guessing that dropping two tenths off his 40-yard time and adding 6 1/2” to his vertical jump could see him go from not being a consideration to getting signed and needing a good accountant suddenly.

So, if I had to figure this out in a program sense I would add to what I wrote about here regarding building strength endurance and keep my original format but with a few changes:

3-5 sets of 10 repetitions of power swings (as described in this article). These swings force you to be explosive. No cheating and letting your body move all over the place. The body must be locked up tight and the only action to begin is the drawback from the lat before firing the bell hard and fast.

Superset with 3-5 sets of 5-10 repetitions kettlebell jerks, using a bell that is a third of body weight (and for this purpose, single bell only).

Because we’re trying to be as fast as possible, allow yourself to take as much rest as you need – three to five minutes between sets is acceptable. This is not conditioning training. The purpose is to swing the bell as hard and explosively on every rep as possible. Rushing between sets will only teach you to be slower and less forceful. That’s a quick path to defeat.

5-10 sets of 5-10 repetitions. Perform these as any kind of swing you want. My favorite here is one hand swings with the Beast (48kg). The one hand swing has been shown to allow for up to 180% of maximum voluntary muscle contraction through the waist and midsection when done properly – whole body strength in a single exercise.

Superset with 5–10 sets of 2-5 reps of kettlebell jerks, working heavier and with double bells.

Again, because we are now using heavy loads it is okay to rest between two and three minutes per set. 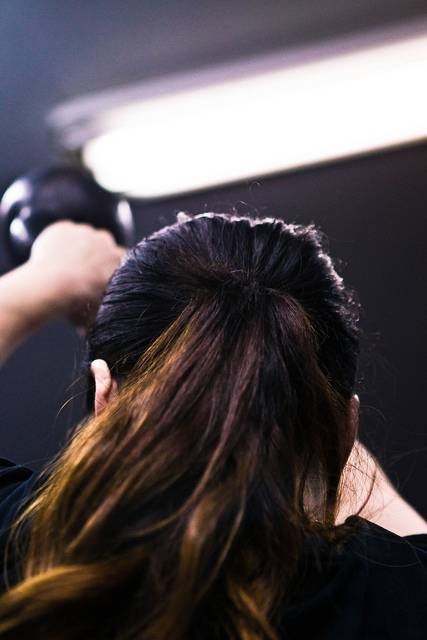 The only other thing I need to add is that you need to know what are your weaknesses. Resist the temptation to assume you need to be faster until you have developed a high degree of maximal strength first. Then, take a good look at what your needs are – if you’re a combat athlete, maybe chasing speed isn’t a good idea because you’ll need to have large levels of strength in reserve to move your opponent around. Alternatively, if you’re involved in a sport, such as sprinting, where you are essentially working unloaded, then you will benefit greatly from speed training.

(And can I just add that even though the kettlebell is my job and I’ve been a strength and conditioning professional for almost two decades, I am still amazed at the things I am learning about these simple iron balls. Even more than that, the spirit of adventure and discovery being shown by the ranks of the RKC is inspiring to be part of. There are some really smart and experienced trainers in the RKC and learning things like this makes me overjoyed to be part of it as we always strive to move ahead.)