How do you go about acquiring serious running volume as a mature athlete when running can often lead to break downs?

The fastest way to get better at something is to do it more. You need to chase down those 10,000 hours, right? But how do you go about acquiring serious running volume as a mature athlete when running can often lead to break downs?

Note: I am assuming by the time you do the plan below that you can run for an hour pain-free multiple times per week. For some, this will be where you are right now and for others it may take the work of a year or more to get here.

I did Ironman in March of 2013 with no significant running background since the late 1990s. While I finished, I wasn’t running well come race time by any stretch of the imagination. It took me about six months to get to the point of pain-free running, which left me only about three months of true run training prior to my Ironman. Now, a couple of years later, I am better able to deal with running and can run not only on successive days without any injury, but also multiple times per day if I choose.

This multiple-sessions-per-day thing, called double splitting, is a useful trick. Look through books like Lore of Running by Tim Noakes and Fast After 50 by Joe Friel and you will see an obvious common thread – running too much as a mature athlete will break you. But if you stick to runs of less than 10km at a time, which have a very low recovery cost, you can run many times per week.

“Each small run has a tiny recovery cost, which means you can not only run twice that day, but again the next day, too.”

One of the ways to capitalize on this is to run twice in a single day. Each small run has a tiny recovery cost, which means you can not only run twice that day, but again the next day, too.

Like all skills, the more often you practice that skill, the faster you become proficient at it. Multiple daily runs are a way to build skill while minimizing injury risk. They also lessen muscle soreness and overall fatigue as each session costs relatively little – a thirty-minute run is nothing compared to an hour run. And two thirty-minute runs in the same day doesn’t leave you feeling drained the next day like a single sixty-minute run will. 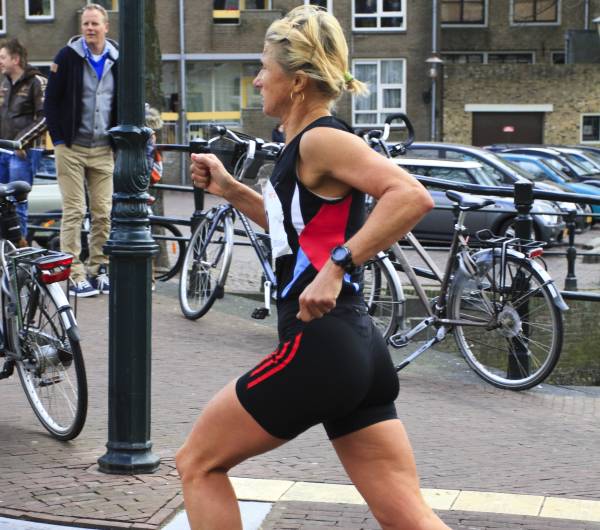 The Power of Accumulation

An easy way to periodize your training is to break it into blocks of either volume or intensity – accumulation or intensification. I’m going to outline a plan for each of those things, and we’ll start today with accumulation.

In running terms, we will use an accumulation plan to build some serious volume into our training while minimizing the injury risk. All runs will be performed as aerobic only with a maximum heart rate calculated by Maffetone’s 180 minus your age formula.

The accumulation plan features a basic run of thirty-minutes performed five days per week. However, on some of the days it will include extra running to make up the necessary time for us to accumulate extra volume. By keeping the two runs shorter, recovery will be minimized and gains maximized.

“[R]unning too much as a mature athlete will break you. But if you stick to runs of less than 10km at a time, which have a very low recovery cost, you can run many times per week.”

While in this phase we’re also going to perform short strength-training sessions three times per week. Most strength-training plans make mistakes in one of two ways. Either they are filled with frilly, nonsense exercises or they resemble something a powerlifter might do.

As with all things, the right dose is somewhere in the middle. A moderate training plan in the gym works well when trying to push up another area of performance. In my experience, while heavy lifting can be beneficial, it can also cause more problems than it is worth and the extra stress in the gym can lead to injuries on the road. 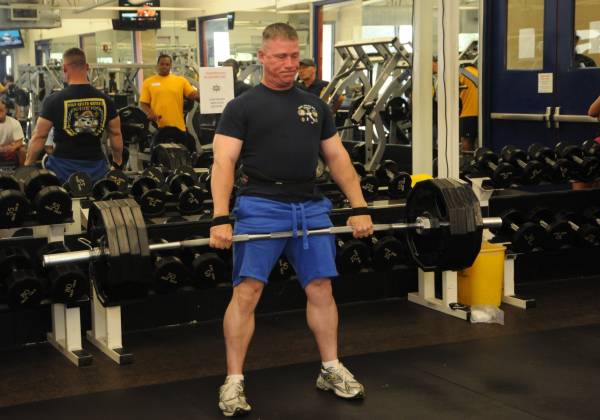 The strength-training sessions will be done on the lightest running days. Remember that the goal is to maximize running not gym strength. Accept that you can’t increase two things at once and work to maintain your strength in the gym. A program as simple as get ups, single-leg deadlifts, and pull ups will do wonders to keep your body strong enough to run, while not fatiguing you too much to recover.

Please note the use of the 1:2:1:3:1 format. As well, notice that in weeks five and six the longest run (ninety minutes) is run at a slightly lower heart rate. The final run for the week is at the same heart rate. Do not try to make these runs any faster.

The longest run already has added stress in the form of time, and the final run on Sunday is a recovery run to help you loosen up stiff muscles. You should complete your Sunday run feeling like you could have gone much faster. Save that feeling for week seven, which will be the start of the intensity plan.

Follow this plan for six weeks and don’t neglect the strength sessions in the gym, and you’ll be in the best shape you can be to add faster running once closer to your event. Steering clear of too much intensity work as a mature athlete may sacrifice some absolute potential, but it will also keep you injury free and running forever.