“Luck? I don’t know anything about luck.

I’ve never banked on it and I’m afraid of people who do. Luck to me is something else:

Hard work – and realizing what is opportunity and what isn’t.”

I think it’s safe to say that a lot of people who are Facebook friends with Emily Kwok or see her life from the outside think she’s a lucky woman. She is a successful competitor in Brazilian jiu jitsu and has her own BJJ school, wonderful friends, a happy marriage, and now a beautiful newborn daughter. Still, I wouldn’t say Emily is lucky. That would be an insult.

At 38 years old, the time I have left for having children is dwindling away faster than I’d like. Still, I keep myself so busy, I wonder if I would regret giving up my current lifestyle to care for a new baby or two. I’m far from a serious competitor, but when would I be able to train? Would I lose myself? Is it worth it? Also, is there any BJJ pregnancy gear out there for me to review?

I’m friends with Emily on Facebook and I enjoyed seeing the photos of her wedding, her new puppy, her BJJ school, her pregnancy, and her first baby pictures. I wondered how everything was working out for her with her training and businesses and thought she might be able to shed some light on what happens to female athletes after they have babies. Of course, Emily is a total sweetheart and happily answered all of my questions. And it turns out there was no luck involved at all in Emily’s evolution from athlete to wife to mother. It was the result of an organized and efficient life plan. Emily explained: 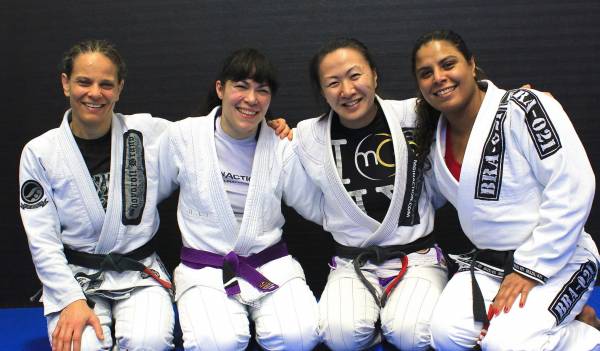 I’ve known for a long time that I wanted to have a family. Unfortunately, I was also aware that my career was dependant on my physical ability to perform and teach. In the time that I’ve studied BJJ I’ve seen athletes with great talent, far more than I, disappear from the spotlight…forgotten, once competition is no longer their primary focus. There hasn’t been much infrastructure within the sport to preserve the legacy of those who have paved the way for the rest of us, so I wondered if there could be a future for me at all if I didn’t work through my own transition carefully. Though there are many more athletes who have accomplished far more than I, BJJ has still been a big passion of mine, and I consider myself very fortunate to have been able to make a living off of it. 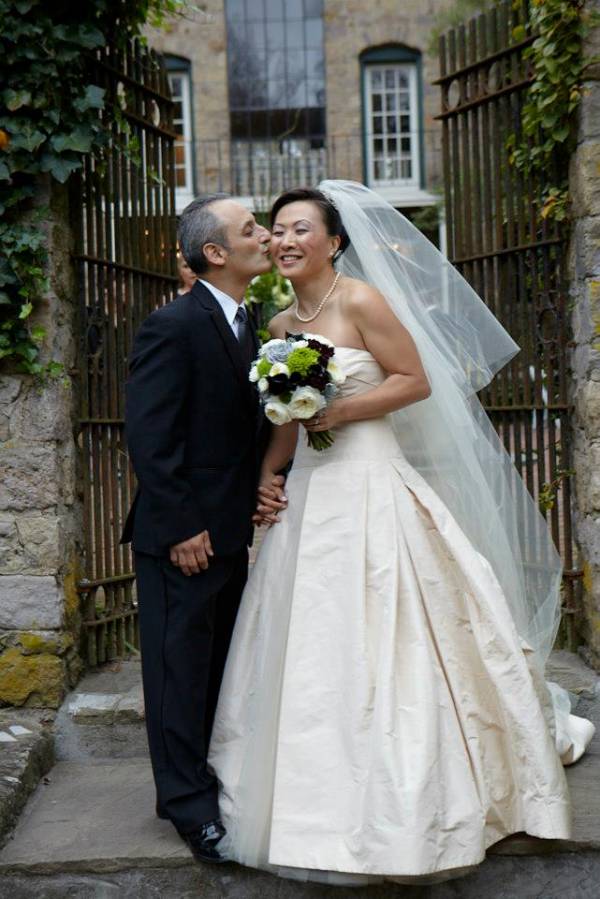 About three years ago I put this thought out there: “I would like to start a family, but before I start a family I would like to celebrate my marriage in front of my friends and family and buy a house with a big backyard for my future child/ren to play in.” I needed to make the most of what I had; I wanted to make whatever momentum I had built up work for me while I shifted gears for a bit. I was working full time for MGInAction and co-owned my very new school, Princeton BJJ, and Women’s Grappling Camps (now Groundswell Grappling Concepts). The more I thought about what I wanted in my life, the more my path began to formulate. I figured if I worked my butt off for the next couple years, hopefully all three jobs would build up enough momentum that I would be able to coast for a little bit as I prepared to have a child. Since I was young, I’ve had a very uncanny ability to always put my intention out into the universe and have the universe answer me back rather quickly…and so it did.

One of the valuable points Emily made is to ensure that you won’t look back at your life with regret after having a baby: 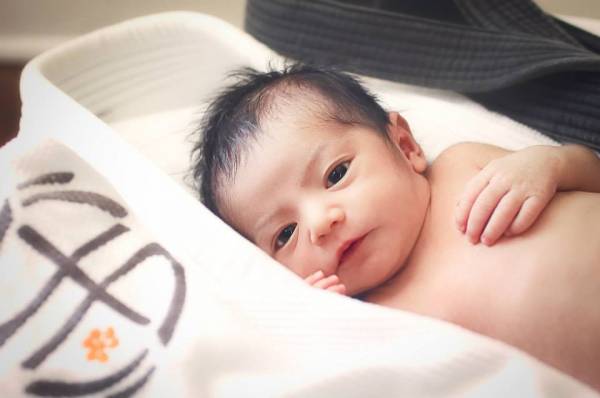 I think the important thing for anyone to consider is whether they are truly living life the way they want to, and if they are happy with the choices they make. I delayed having my first child for a few years because I felt like I wasn’t finished – I wanted to prove to myself that I didn’t suck…that with the coaching and support from the right people that I could be a respected athlete. I didn’t want to have a child and try to live vicariously through them because I didn’t live out my own dreams. Waiting and having my daughter Saya now was the best decision I ever made. I am so thankful that I had the opportunity at Marcelo’s to try again, I feel satisfied and fulfilled with what I made out of my competitive career for now.

Emily certainly proved herself in competition. In 2007, when still a brown belt, she defeated black belts at the Mundials to win the gold medal. She was a gold medalist at the Pan Am No Gi Championships in the Absolute division and took home silver in the World No Gi Championships. Emily didn’t stop at BJJ, though. She also defeated her opponents in the cage as an amateur and professional MMA fighter for the Smackgirl organization in Korea and Japan.

Will she compete again? Said Emily: 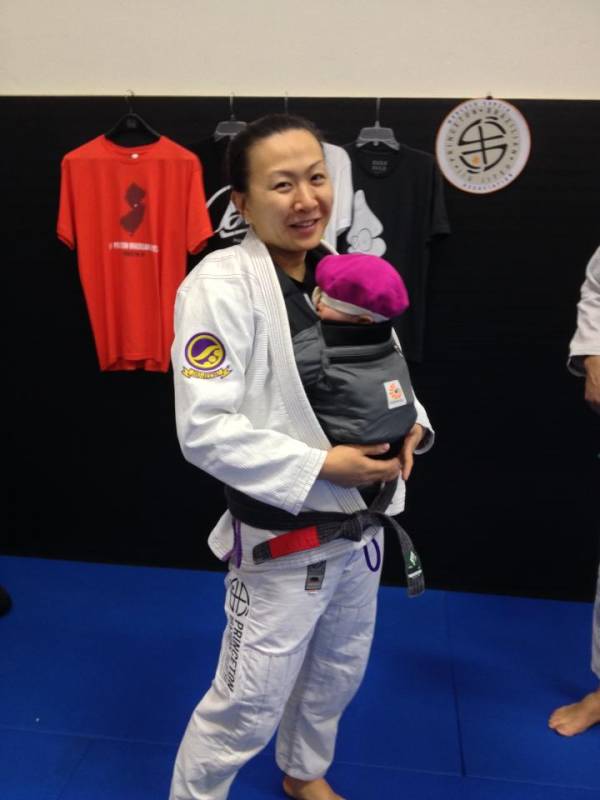 I am a competitive person by nature and haven’t ruled out competing again, but I must say I can no longer dedicate the same amount of time and energy needed to compete at a world class level. I love being a mother, and I have the great fortune of being able to work from home most of the time so I can spend a good deal of time raising [my daughter]. The new generations keep getting stronger and more technical…it’s amazing to see how far women have come. I respect and admire all of them and may step back onto the mats one day, but for now – my daughter is more important to me. There may be others who can balance their family and competitive career better than I, and if they can, then by all means…go for it! High level competition is an extremely selfish venture. I don’t say that in a negative way, I just mean the preparation has to be all about you. When you have a family, especially a young infant, I think it’s hard to put yourself before them…at least in my eyes.

Check in with Breaking Muscle next week to see what advice Emily has to offer casual athletes who are planning to start their own families. And click here to read my previous interview with Emily, on how she has led the way for women in BJJ.