Another Mundial is in the books. For those of you who don’t train BJJ, the Mundial is one of the elite tournaments in Brazilian jiu jitsu, affording men and women from white to black belt the opportunity to compete against everyone else in the world at their belt level who decides to throw their hat into the ring. Winners earn the right to call themselves BJJ world champion at their respective belt level. This year, as in every other, the action started with the white belts and, as the five-day weekend progressed, the skill and sophistication level increased, until we reached Sunday: finals day for all the black belt weight class brackets.

For those of you who do train BJJ, particularly if you have ever competed in, attended, or ordered the live Internet feed of the event (I have done all three at various points; this year it was the feed), I wonder if you agree with me that the event seems to generate energy that extends beyond its physical location. Even during those years when I have not competed, spectated, or otherwise participated in the Mundial, my awareness that it was going on has lodged in my semi-conscious awareness like a fly insistently trying to exit a room through a closed window and in my stomach like a histamine reaction.

The days leading up to the Mundial are full of promise, anticipation, and anxiety. Slowly, as the weekend wears on, these give way to exhilaration and relief for some, and despair and anguish for others. As the lower belts are adjusting to their own outcomes, the upper belts continue to feel anticipation, some feeding on the energy by taking in the spectacle of the earlier days of the event, some keeping themselves sequestered and only showing up at game time. This year, as with every other, there were photo finishes, huge upsets, and hard lessons. 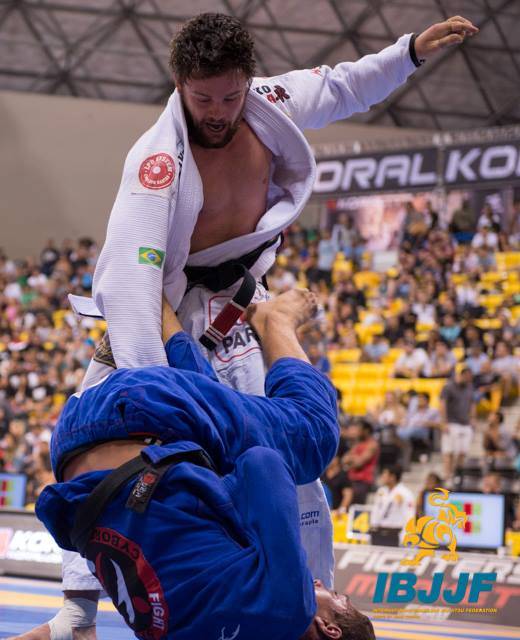 Numerous things amaze me about the Mundial, events like it, and the people who participate. First, of course, is the logistics. I vaguely wonder sometimes how air traffic works, for instance, but then my head explodes and I go lie down. Obviously the Mundial isn’t quite as complex as air travel (though many grapplers might argue it’s just as much of a life-or-death situation), but there are many moving parts requiring many warm bodies. Second, I always marvel at the composure of the athletes. For the most part, if the competitors are nervous, they do a good job of hiding it. Whenever I compete, I feel like I’m fighting the urge to cower in the most hidden corner of the women’s locker room, praying for the immediate end of days, as that would be preferable to what awaits me on the mat.

But what amazes me the most, of course, is the jiu jitsu. On the Sunday, which is where spectators get to see the best in the world do what they do best, I realize that what I do vis-à-vis grappling and what I see the best in the world do are frequently two different things. Compared to many who throw their hats into the ring on that day, my jiu jitsu is a photocopy of a photocopy of a photocopy. It’s a multiple-generation mix tape, for those of you who remember such things. When I watch the black belt finals, I feel simultaneously exhilarated and depressed. Exhilarated because I see how good it is possible to become at BJJ. Depressed because my grappling skill would never approach that possible level even if I lived to be 100. 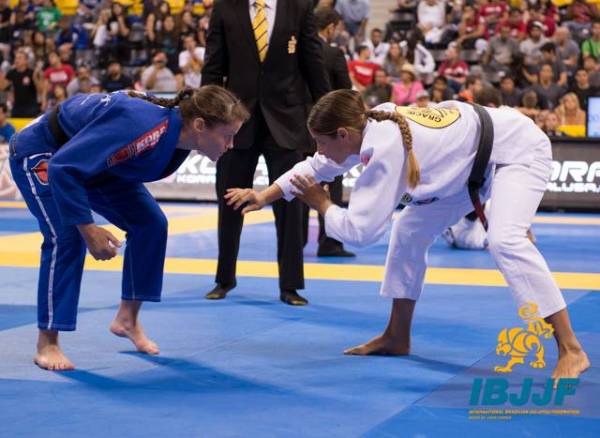 While I am realistic about my physical and age-related limitations, I know some of this is a choice. If I chose to train more, to cross-train more, to strategize and work on my mental toughness more, I could be better. I realize there are consequences for every action, both good and bad. I also understand the reality that there will always be someone better at BJJ, just like there will always be someone smarter, younger, or better looking. Whenever any of us reaches the top of a mountain, we are faced with the view in the distance of an even higher one. And most days I’m cool with that. For me, the Mundial just happens to be a particularly effective catalyst for one of my favorite hobbies besides BJJ: existential introspection. It creates dissonance between my heart, my mind, and my actions. In short, sometimes when I watch the Mundial I find myself asking, “Well, if I’ll never be that good, why do I bother?” 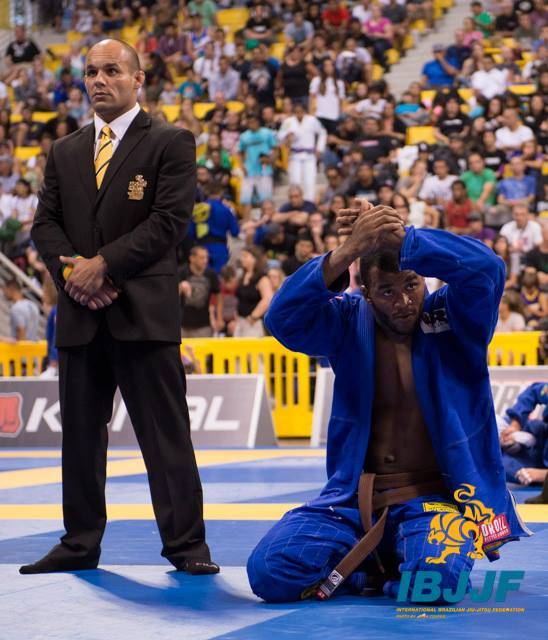 I have my answers, and under normal circumstances, they are enough for me. In my day-to-day grappling life, I derive fulfillment from what I am able to do for myself and for others in this world so that it makes sense. And even when it doesn’t, a friend of mine friend says it in a compelling way when asked why he trains BJJ: “I can’t not.” Not the best sentence syntactically, but it drives home the point. I’ll always train. I guess I’ll also just have to deal with the way the Mundial makes me feel unsettled every time it comes around. Whether I’m competing, spectating, or trying to focus on something completely different, I’ll feel the energy of the Mundial in my brain and body, and it will matter to me and cause me to stop and take stock of where I am relative to where I would like to be – and where it is possible to be.