Interview with Valery Fedorenko, Founder of the World Kettlebell Club

Valery Fedorenko started setting kettlebell world records as a teenager in Russia. He doesn’t believe in the 2-handed swing or the Turkish get up. Find out why and what he does coach his students.

Spurred on by the growth of CrossFit and the hard work of the good people at the RKC and World Kettlebell Club, more and more Americans are realizing the benefits that can be gained with this simple, yet highly effective tool. So, when the opportunity to speak with kettlebell legend and founder of the World Kettlebell Club, Valery Fedorenko presented itself, I jumped on it.

For those of you who aren’t familiar with Valery Federenko, his accomplishments in the sport of kettlebells are not lacking. At the age of 17 he began his professional lifting career and went on to become the first 80 kilo (176 pounds) World Champion. He was later awarded the uber-prestigious Honored Master of Sport by the USSR. The Honored Master of Sport is kind of like being the National Champion, World Champion, and Olympic Champion, all wrapped into one.

Given that Valery started his kettlebell training at the age of 12, I began my conversation with him under the assumption that most of the young men in his home country of Kyrgyzstan were training with kettlebells. Valery quickly corrected me:

Kettlebells were not that popular. Before I started training with kettlebells at age twelve, I was doing boxing, martial arts, and gymnastics. I saw that the people using kettlebells were really skinny guys like I was, but they were also very strong given their size and that was a surprise to me. I wanted to be able to surprise people myself with these same displays of strength. I even thought to myself that someday I’m going to have to stop using kettlebells and start bodybuilding in order to meet girls. Just not in this lifetime though, since I love kettlebells.

Winning over girls aside, one of the main reasons that Valery enjoyed training with kettlebells is their practicality. “If you go to the gym, you have to get there, warm up, and then usually people work each body part separately. That can take you one or two hours,” explained Valery. “With a kettlebell, you can kill yourself in ten to fifteen minutes!” It is for this reason Valery has become such an advocate of kettlebell training.

Many kettlebell enthusiasts, myself included, are big fans of both the two-arm swing, and the Turkish get up. I was surprised to learn that Valery was not a fan of either and asked him to explain why.

The one-arm swing is much more beneficial athletically. First of all, not many kettlebell handles were designed to have two hands wrapped around them and this can create problems in and of itself. With a two-arm swing you usually also have to have a much wider stance, turning it into more of a squat than a swing. My version of the one-arm swing has a bit of a rotation in it making it much more of a dynamic, ballistic movement. Through training with this one-arm swing I was able to do a one-arm deadlift of 175 kilos (385 pounds) at 75 kilograms (165 pounds) of bodyweight with no straps.

For accuracy’s sake, and since I also currently weigh in at 165 pounds, I asked Valery to tell me those numbers a second time. He did, and I might have sworn to never touch a kettlebell with two hands ever again. Ever.

As for the Turkish get up, Valery added:

This movement is more of a demonstration of strength than a training tool. You already have to be strong to do this correctly and safely, as there are so many opportunities for your shoulder to be at an angle or position where it could get injured. I am also not going to put my sixty-year old mother onto the floor with a kettlebell and make her stand up and lie back down. It just doesn’t make sense from a training standpoint.

The get up is also too slow. Why spend two minutes doing six repetitions when you can do one hundred? We are humans, and humans have to do repetitions all day. How many one-step repetitions does a baby do in a day, ten thousand? I would rather have someone do many jerks, push presses, or snatches in that time and see more benefit.

And while the difference in philosophies in regards to the swing, the get up, and the number of repetitions may be rooted in differences in the Russian styles of kettlebell, there is always the highly debated topic here in the United States – Russian swing versus American swing. Valery shed some light on this as well:

Once the kettlebell has reached my chest, it is floating, why do I need to make it go any higher? I have already engaged my legs, my back, and my shoulders, why do I need to spend more time making it do something that will not give me much in return?

The American swing is also done with straight arms like Pinocchio and it can often become an issue of flexibility as to whether it can be done correctly. I know a 300-plus-pound NFL lineman who was injured swinging a 35-pound kettlebell this way – because he was inflexible, not because he was not strong. Swinging this way also adds a shock to your back when the bell comes down between your legs.

Mostly though, it takes too much time. Too much time means fewer reps. Tell me how many reps and I’ll tell you who you are! 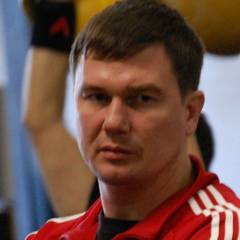 So how do you find out who you are when it comes to kettlebells? When asked if he had any advice for a novice kettlebell athlete, Valery was adamant. These are the five things to consider before each workout:

But don’t think you have to be able to do a million reps to partake in Valery’s kettlebell philosophy. Valery is driven by a passion to get more people in shape through kettlebells, and not just coach to the elite.

“I am not interested in training a world champion only,” he shared. “Why spend so much of my time making one person into a champion, who does that help? I would rather spend that time helping ten thousand people understand fitness and better their lives. That’s what I’m going to do.”

Personally, I believe that a man with the dedication and work ethic to turn himself into a world champion before the age of twenty can do anything he sets his mind to, and this case will be no different.