Sounds like a bit of a silly title, doesn’t it? No, there is no subculture of people who are getting fat because they’re snorting food Scarface-style. But according to a new study from the University of California – Berkeley, it turns out that your sense of smell may be linked to higher obesity rates.

In one study, when researchers temporarily eliminate lab mice’s sense of smell, the mice were able to eat a high-fat diet and retain their healthy weight. Other untreated mice were fed the same diet and ended up gaining weight. Mice that had their sense of smell heightened ended up gaining twice as much weight as the normal group. How crazy is that?

We all know that our sense of smell plays a role in our enjoyment of food. Delicious smells stimulate the olfactory receptors, and their direct connection with the brain can trigger hunger and appetite responses. When we eat, the taste receptors in our mouths work with our olfactory receptors to absorb as much sensory information as possible. We’re both tasting and smelling with every bite, and thus our food is delicious.

But could there be a link between our sense of smell and the way our bodies process calories? According to this study, the answer may be yes. 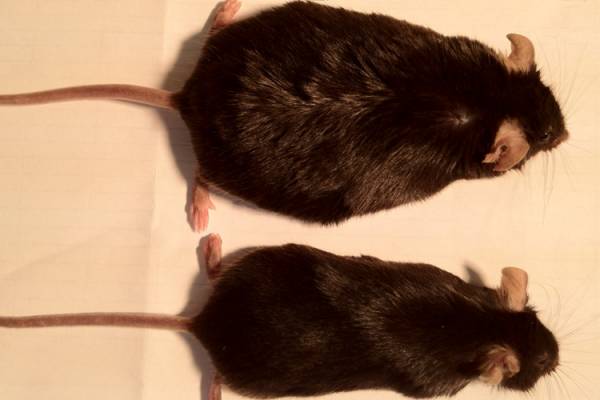 “Sensory systems play a role in metabolism. Weight gain isn’t purely a measure of the calories taken in; it’s also related to how those calories are perceived,” said senior author Andrew Dillin, the Thomas and Stacey Siebel Distinguished Chair in Stem Cell Research, professor of molecular and cell biology and Howard Hughes Medical Institute Investigator. “If we can validate this in humans, perhaps we can actually make a drug that doesn’t interfere with smell but still blocks that metabolic circuitry. That would be amazing.”

Riera noted that mice as well as humans are more sensitive to smells when they are hungry than after they’ve eaten, so perhaps the lack of smell tricks the body into thinking it has already eaten. While searching for food, the body stores calories in case it’s unsuccessful. Once food is secured, the body feels free to burn it.

So, now it seems our sense of smell does more than we thought. It’s more than just a way for our bodies to identify foods that we enjoy—it could be a way of signaling our bodies to increase or decrease energy expenditure. With this discovery, there may be hope of creating a new drug that blocks the signals sent to the brain to increase metabolic rate, but without altering or extinguishing our sense of smell.