Is Your Sport Killing Your Athletic Potential?

Specialization is for insects – true athletes should be able to run, jump, lift, climb, and swim.

The nature of elite sport dictates that athletes must become increasingly specialized in order to succeed. But are these athletes making themselves less athletic in the process?

If you’ve hung out with elite athletes in any sport for long enough, then you’ll have seen these odd phenomena:

The more specialized and high level the competitor, the worse this often becomes.

Specializing to become an elite athlete often involves sacrificing the quality of your overall athleticism.

The Building Blocks of Athleticism

The basic building blocks of athleticism are much like the primary colors – they can be blended together to create other athletic components. Instead of red, blue, and yellow, we have force production (strength), speed, and endurance. For example, strength and speed combine to create powerful sporting actions.

The combination of speed and strength can in turn be broken down into three further categories of starting strength, explosive strength, and reactive strength.

“The world has gone crazy for specialization in sport. I see adults pushing kids to play a single sport year round in an effort to get ahead.”

Different sports require differing amounts of all these attributes. A marathon runner requires a high degree of endurance, a relatively smaller amount of speed, and even less strength. A weightlifter, on the other hand, requires large degrees of strength, some speed, and almost zero endurance. Sports that predominantly need only a single characteristic are quite rare. When it comes to sports that require high degrees of all qualities, then wrestling and ice hockey are often used as examples (and I would add rugby union).

The Downside to Specialization

Football Scoop recently published an article that showed that 85% of NFL draft picks were not single sport athletes. In simple terms, the most athletic guys, the ones who actually ended up in the NFL, didn’t specialize until they had to.

The world has gone crazy for specialization in sport. I see adults pushing kids to play a single sport year round in an effort to get ahead. But the chances of a child actually making it to the professional ranks are slim, while the risk of injury skyrockets from working on singular motor qualities and patterns. And the trap of single sport focus isn’t just being set for kids. Adults are being led astray, too.

The problem with single-sport focus for anyone, child or adult, is that the human body desires a multitude of movements. We’re not designed to do just a few things at very high levels. In fact, humans evolved because of our ability to do a great variety of things well. While getting your bench press up another 5kg might be satisfying, how much does it help you achieve better athleticism when measured against the criteria above? 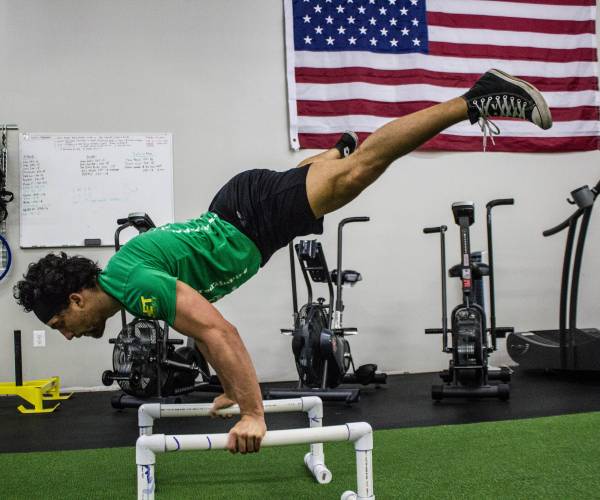 Physical development should always come before specializing in a particular sport.

In his latest book, Natural Born Heroes, Christopher MacDougall talks about three things quite a bit – parkour, wrestling (pancration), and running. Looking at the skills involved in all three, you’d have to agree he hits the nail pretty firmly on the head in terms of the kind of human athlete you’d get if you spent most of your time cross-training these skills.

But that’s not what we are getting these days. Now not only are we getting ten-year-olds who have never played anything other than a single sport, but we have adults being encouraged to do the same. The single worst thing an adult can do, after sitting still for decades through school and work life, is to focus on a single skill or sport. What people need to be doing is looking for a way to gain as many athletic qualities as possible and engage in as many activities as possible.

“You can’t have fantastic endurance and speed like a professional Ironman and have a massive clean and jerk like Klokov.”

The focus of training should be to develop mastery in skill sets and increase complexity. Using barbell training as an example, a basic lift might be the behind-the-neck shoulder press. A more complex lift might be the overhead squat, which in turn might become the power snatch, which will lead to the full snatch.

Developing complexity in gymnastics and weightlifting, as CrossFit discovered a decade ago, will lead to improvements overall. But it still leaves many skills lacking due to essentially the same problem that children face when forced to specialize early. If you haven’t done anything athletic since childhood, the worst thing you can do is focus on one thing, even if that thing is something like CrossFit.

Using gymnastics as an example, children often begin gymnastics between the ages of five to six. Yet specialization doesn’t start until around the age of ten (for females) and twelve (for males). In other words, there are five years of basic quality building going on before specialization takes place. Mastery, in the form of peak competition takes place from the ages of sixteen to 24 (the early number being for females and the higher number for males, as there is a greater strength component for men that takes longer to develop).

You see the same trend in weightlifting with athletes beginning around age eleven and specializing at age fifteen, with their competition peak occurring in their mid to late twenties.

But if you’re an adult who joins a CrossFit gym to get in shape, you’re quickly pushed to focus on a few competitive lifts and skills. Are you going to spend five years learning about body position, performing general conditioning, and developing flexibility? That’s unlikely. But in doing so, you’re harming your long-term athletic potential. 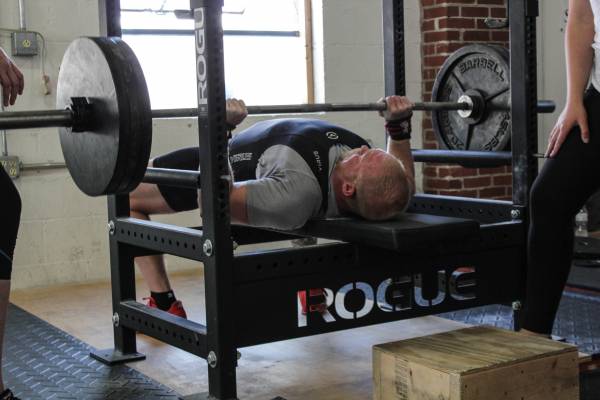 I would argue that any athlete would benefit from an initial focus on overall movement quality.

The Meaning of General Fitness

So what’s the answer for the adult who wants to become as athletic and all-around fit as possible? Fitness, as endurance expert Dr. Phil Maffetone has written, is task specific. If you want to be an all-around athlete, then you need to first be willing to give up on the idea of being high level at many things. It’s just not possible.

“If you want to skip the gym for the day and go rock climbing instead, then do it. If you feel like skipping BJJ to go for a run, then do it.”

You can’t have fantastic endurance and speed like a professional Ironman and have a massive clean and jerk like Klokov. But you can certainly be fit enough to do a decent triathlon time in a shorter event, like an Olympic distance, and still lift enough weight that you won’t embarrass yourself in a gym. Likewise, you should be able to go to a yoga or gymnastics class and not need special attention because you’re so stiff and uncoordinated.

The simple answer is – do it all. Spend time in the gym on maximal strength. Spend time outside doing endurance activities. Climb a tree. Throw some punches. Play.

What Is the True Meaning of Fitness?

Somewhere along the way, around the 1970s when Pumping Iron came out, we lost our way. Our perception of fitness became about how we look and what we can lift, rather than what we can actually do.

Erwan Le Corre and his MovNat method were inspired by Georges Hébert’s motto, “Being strong to be useful.” A body built only in the gym or only on the track will not serve for this purpose. If you want to skip the gym for the day and go rock climbing instead, then do it. If you feel like skipping BJJ to go for a run, then do it.

While high-level skill in an individual sport will bring accolades, it will do so at the expense of your overall athleticism and often your health, as well. Being a good human – and, I would argue, enjoying the rest of your life in an active and pain-free manner – will happen because of the exact opposite.

A human is able to climb, run, swim, crawl, lift, and do any number of athletic things. Expand your horizons and you’ll likely find newfound passion for fitness and health because of it. Remember, specialization is for insects.