Your Lifestyle Choices Are Killing You And Your Children

We all have busy lives, and as such sometimes spend too much time “resting.” The truth is the choices we make and the time we spend sedentary is literally killing us – and our children.

There is an old saying that “laziness is nothing more than the habit of resting before you get tired.” Unfortunately, the majority of the Western society spends a lot of time resting in the 21st century. We work predominately sedentary jobs, sit behind a desk for seven to eight hours a day, live on smart phones or other devices, eat for convenience, care for kids/parents/animals, and when we get time to ourselves we are too tired to do anything but sit on the couch and “rest” before we eventually become tired and slip off into a fretful slumber, knowing we’ll need to do it all again tomorrow. This sedentary lifestyle is the reality for many burdened, pained people these days but their decision to rest, even after a hard day, is slowly killing them.

Television and video games are the predominant form of “resting” for most regular families. Television would have to be the number one form of relaxation in Western society today, and not just for adults. Thanks to Internet streaming broadcasts, Netflix, pay-per-view programming, and an abundance of escapist video games, children are becoming more and more sedentary at the cost of physical exercise. From the age of sixteen, a teenager’s future health can already be predetermined and, if they are choosing low-activity outlets, such as video games or television, over playing sport, then they could be at an increased risk of developing metabolic syndrome when they reach adulthood. Metabolic syndrome is a combination of obesity, cholesterol issues, hypertension and an inability for the body to regulate glucose levels, leading to weight gain and type 2 diabetes.1

From Boys to Men

For boys, spending more time sitting on the couch instead of bouncing a basketball could have ramifications on their reproductive ability. If young men persist in watching more than three hours of television per night, when they grow into adults it is likely their sperm will be 44% slower than their more active friends.2 And once they hit middle age, men may need nearly double the amount of protein to stimulate muscle protein synthesis than when they were younger.3 So, that time you spend relaxing may be slowly killing you from an early age.

From Babies to Adults

Common sense dictates that exercise, diet, and a healthy lifestyle are imperative ingredients for a pregnant woman to produce a happy, healthy, and rosy-cheeked baby. So the same goes for after that baby is born. During pregnancy, the fetus is a sponge, absorbing and growing with the mother. If the mother is sedentary and eating at will, it could lead to a high birth weight, which can be linked to future obesity in the child’s teenage years.4 During these tumultuous and confusing years, when children struggle with their weight and worry about their future health, they will also need to contend with poorer motor coordination and, subsequently, worse performance in sports.5 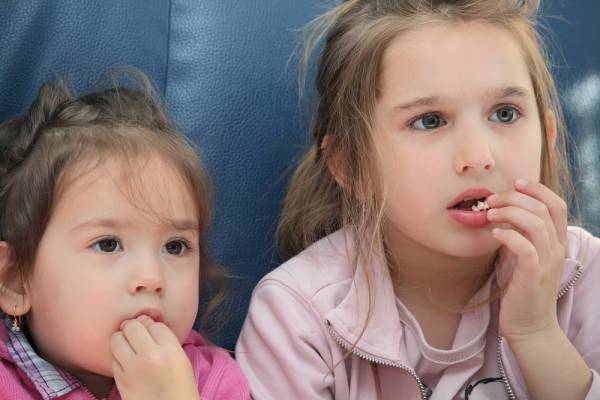 But there are solutions for preventing the youth of tomorrow from becoming overweight, brain dead zombies. Spend time with them, play with them, and, as much as they kick and scream, turn off the television, put down the game, and encourage them to go outside and play. Children of authoritative (controlling parents who are as warm as concrete on a hot day) and neglectful (working all the time and only cuddle their children via Skype chats) parents typically spend an additional thirty minutes a day being sedentary, and an additional ninety minutes on the weekends.6 However, children whose parents played with them or encouraged them to participate in sports are more active, happier, and better adjusted moving into their teenage years.

What You Can Do Right Now

As for us adults, the ones who work underneath fluorescent lights, sit in an ergonomically designed chair, and snack on Jane from Human Resources’ hidden candy stash when she isn’t looking, whilst dreading our calorie-controlled flavorless lunch, how do we fight back against the social norm that has become a sedentary, bloated, and overweight lifestyle? We stand up. Not figuratively or metaphorically. We literally stand up. Standing up and walking around for two minutes after every twenty minutes of sitting can increase your carbohydrate and fat metabolism, improve glucose sensitivity within fat cells, decrease inflammation, and regulate anti-oxidative pathways to help your genes grow big and strong.7 If you are sedentary, for what ever reason, your diet should be higher in fat and protein and lower in carbohydrates. Those lifting weights or running three to five times a week are the ones who need the carbohydrates to replenish muscle glycogen stores.

It’s estimated that sedentary people cost taxpayers over $150 billion dollars a year in extra medical procedures, consultations, sick day leave, and disability pensions.8 That’s $150 billion attributed to an ‘illness’ or ‘disease’ that is as avoidable as walking your dog down the street to get the paper instead of putting the dog in the car. (Fun fact: overweight people generally have overweight pets.9) 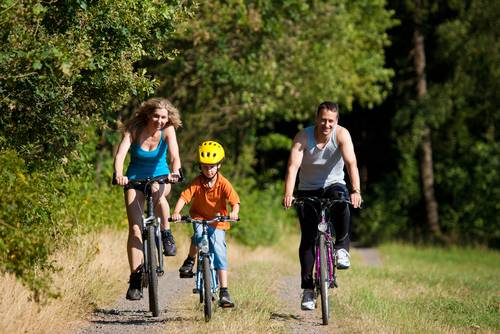 What I want to stress the most is that the choices you are making are killing you. Take away the statistics and figures, take away public preconceptions and ideas about your expanding waistline, and remove the skinny models from women’s magazines from your heads. Your “rest” time – that time you spend sitting on the couch, playing video games or even reading a book – is slowly killing you, damaging your children, and ruining your life. Think about that next time you say you need to relax.

8. The costs of unhealthy behaviours. Wellness council of America, 2007.