You’re shopping for an omega-3 supplement and you keep hearing about both krill oil and fish oil. Which should you take? Let’s examine them both so you can make the best decision for your fitness.

Fish oil is often considered the wonder supplement, great for treating just about anything: eczema and other skin conditions, inflammation, cognitive health and development, joint lubrication, heart health, hormone regulation, and the list goes on.

Then a few years ago krill oil came onto the scene and ever since has been marketed at the next big thing in essential fatty acids and omega-3 supplementation. The krill oil capsules are meant to be more potent and are most definitely much smaller than fish oil capsules. The questions is, though, is it really better and more bio-available than fish oil or is just an over advertised, overly expensive product that doesn’t match up to its cheaper competition?

Essential Fatty Acids: What Are They?

To understand what all the fuss is about, we first need to understand what it is we are taking and why. Essential fatty acids (EFAs) are long chain, polyunsaturated fatty acids derived from linolenic, linoleic, and oleic acids. They are essential fats because the human body is incapable of manufacturing them, so they must be obtained through our diet. There are two types of EFAs: omega-3 (alpha-linolenic acid) and omega-6 (linoleic acid). There is also an omega-9, but it is not essential as it can be manufactured by the body if adequate omega-3 and omega-6 are present in the diet.

EFAs are necessary for the following processes:

Researchers believe the optimal ratio of omega-6 to omega-3 is somewhere between 2:1 and 4:1. Yet the typical American diet provides a ratio of anywhere between 10:1 and 30:1, meaning most of the population is deficient in omega-3. EFA deficiency and omega-6 and omega-3 imbalances have been linked to serious health conditions, such as heart attacks, cancer, insulin resistance, asthma, depression, accelerated aging, stroke, obesity, diabetes, arthritis, ADHD, and Alzheimer’s disease, among others.

Now that we know the reasons for taking omega-3, we need to look at what it is that makes up the omega-3 fatty acid profile.

What Are EPA and DHA?

Once consumed omega-3 fatty acids are converted into DHA (docosahexaenoic acid) and EPA (eicosapentaenoic acid). DHA and EPA are polyunsaturated fats that play extremely important roles in the body, specifically in the vision development and brain function of children. One study found significantly lower amounts of EPA in the cells of patients who attempted suicide, suggesting that omega-3 fatty acids may actually play a role in suicide prevention.1 A lack of DHA has also been associated with Alzheimer’s disease, attention disorders, cystic fibrosis, and other diseases.

What Are Krill and Krill Oil? 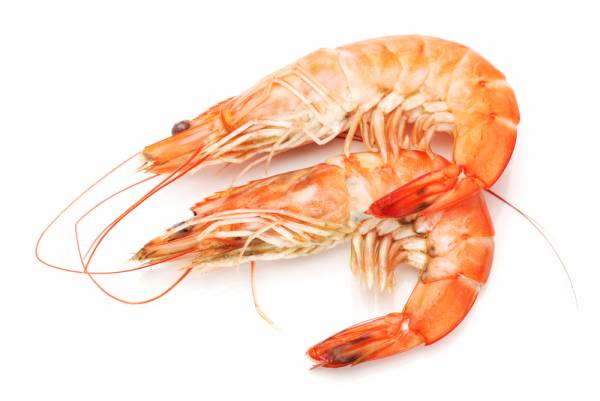 Krill are small crustaceans, approximately one to six centimeters in length, and are a dietary staple for whales, small fish, and seabirds.

Krill exist in large numbers and are an integral part of the aquatic food chain. They feed on phytoplankton and are found in all the world’s oceans. To give you an idea of their mass, one species known as the Antarctic Krill makes up an estimated biomass of over 500,000,000 tons, which is roughly twice that of all humans on earth.

The reason the oil from krill has gained popularity is because it contains the antioxidant astaxanthin. This is what gives the bright red pigment to the oil and is what also colors krill and other crustaceans such as lobsters, crabs, and prawns their reddish pink colour. The oil from krill is reported to have a higher concentration of EPA and also reduce or eliminate the fish-burps associated with taking traditional fish oil.

Even though krill contains the antioxidant astaxanthin, which makes up about 0.2% of the oil by weight, rapid decomposition of the krill happens in only two to three hours. Fish oil has a significantly longer life of about 48-72 hours before decomposition and oxidation begin to occur. This allows much more time for processing.

Extensive research has been done and has established that adding specific percentages of vitamin E and rosemary extract (both of which are fat soluble antioxidants) to the oil is the most effective way of maintaining oil freshness. This combination of antioxidants provides, at a minimum, an equal oxygen radical absorbance capacity (ORAC) value when compared to krill oil. 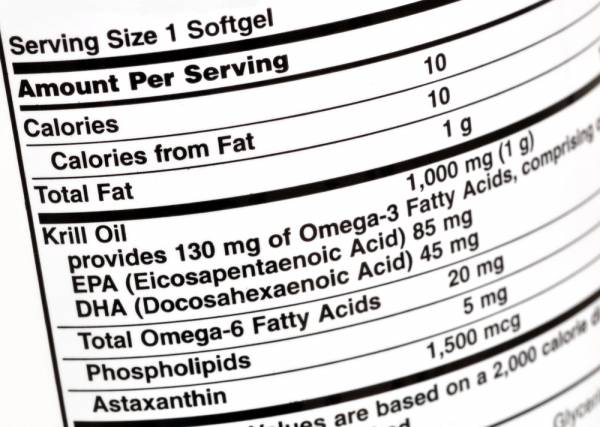 In comparing fish oil and krill oil, the manufacturing process also needs to be examined. When fish oil is obtained from sardines and anchovies, they generally yield in excess of 80% fat. This compared to krill, which can yield less than 5% fat and that is what increases the time of decomposition. To reduce this oxidation krill either need to be kept alive in water tanks once harvested or frozen until it is time to process the oil. Both of these situations drastically increase the manufacturing cost of krill oil.

After reviewing all the information, to be perfectly honest, I think krill oil has its place and new studies are showing some great results with lipid lowering and arthritic pain reduction, but I feel it still needs further evaluation.2,3 I also believe that considering fish oil has had such extensive studies done, at this time it is possibly the better choice.

Given that supplementation is a personal choice, no matter what you choose to take – be it a good quality fish oil or a good quality krill oil – the inclusion of much needed omega-3s into your diet is a definite step in the right direction.

4. Luise Deutsch (2007). “Evaluation of the effect of Neptune Krill Oil on chronic inflammation and arthritic symptoms” Journal of the American College of Nutrition 26 (1): 39–48.