In the previous installment of this series, I established my first point: you need to rein in control of your nutrition by using calories-in as a guide. If you are still not convinced that overall caloric intake has the greatest influence on weight gain or loss, then come back when you read all 147 published references backing my position.

We can now move on to one of the more misunderstood concepts: macronutrients.

There Is No Such Thing as a Bad Macro

The macronutrients (protein, fat, and carbohydrates) make up the next most influential category by which we modify body composition, increase performance, or influence hormonal fluctuations. But all three of them have been the scapegoat of obesity and deteriorating health at some point. With access to easy information also comes the risk of bad information, resulting in dogmatic belief and evangelical fervor – all of which will most likely appear in the comments that follow this article.

Low-fat, low-carb, paleo, vegan, and vegetarian practices have relied on villainizing one of these fundamental nutritional properties. Yet despite the fact that each camp claims the “secret” to nutritional wisdom, we see results with every one of them. That’s because there is no such thing as a “bad” or “unhealthy” macronutrient – only the most efficient for the task at hand.

Without going further, and because inevitably someone will comment about “what worked for me,” we have to assess how these fads came to be so popular. Against my better judgment, and at the risk of feeding the trolls, I will have this discussion hoping to at least preempt the argument for the [fill in the blank] diet.

Forty years ago, vegetarianism became a fad when its followers saw huge improvements in the realm of weight loss. Whether their success was due to an ethical calling or some kook-chiropractor casting yeast (probably under its more academic name, candida albicans) as a disease, the practice and results of vegetarianism increased in popularity. For many, switching to a typical vegetarian diet nearly halved the amount of calories ingested.

It didn’t hurt that the waste product of soy-based paints (soy protein) was now a sellable food item (tofu). Soy protein was also the most profitable division of the international company Glidden Paints. The soy market grew exponentially, which appealed to its valued target customer: The Vegetarian, also known as your older sister or brother, who always wore the same old Joy Division tee shirt and became exasperated in the presence of a T-bone steak.

Vegetarianism works for fat loss, often because it results in a drastic caloric intake reduction.

I remember a vegan friend of mine ordering a cheeseburger from Wendy’s in the late 1990’s. He removed the burger, the cheese, and the mayonnaise and tossed them from the car window as we drove back to our high school during lunch break. I laughed, but I also understood the PETA propaganda videos were powerful. They made our generation feel like we were part of a revolution.

At the implementation of any new fad diet or constriction, availability is limited. For vegetarians or especially vegans, it was nearly impossible to eat out fifteen years ago. Then markets like Whole Foods hit the scene, offering the ethically conscious consumer any variety of vegan cookies, ice creams, and other baked goods.

Copy and paste this process and just fill in the blank with the title of any fad diet book.

One current scapegoat for obesity is sugar. Abusing sugar causes some (misunderstood) abnormalities in the body, due in part to the stress it places on our pancreas and the resulting insulin resistance. But this does not make sugar in any natural form (fructose, glucose, sucrose) evil or villainous.

Just as lifting weights can improve your health when dosed appropriately, sugar has its own benefits. For example, over-training can be treated with none other than sugar or other forms of simple carbohydrates. That’s because glucose is efficient at promoting not only protein synthesis and positive neurotransmitter enhancement (serotonin and dopamine), but also hydration and glycogen storage responsible for performance in most sports. Notwithstanding the First Lady’s indignation, sugar should not be categorized based on emotion or with religious zeal. It is a tool that can actually be used to improve fitness and, consequently, health.

Many groups will give advice to avoid sugar based on what is “natural” to our species, making generalizations regarding evolution. They might purport that we have survived for millennia off of large quantities of fat and very little carbohydrates, usually referring to one civilization: the Inuit. They are right – that has happened. But to characterize “natural” as homologous with good doesn’t take into consideration just how “unnatural” medicine is, or the use of the Internet, for that matter. And yet because of these two “unnatural” technological advancements (medicine and communication), we have far exceeded the life expectations of our “natural” ancestors.

The problem with making a villain out of anything we ingest on a normal basis is that it presumes to provide a black-and-white answer to our grey world. This approach polarizes a subject that is not fully understood, often due merely to personal bias.

There is no such thing as a bad macronutrient. Humans have survived on some, none, or all of the macros in varying civilizations throughout our known history. Our responsibility is to understand the best combination for our personal context. 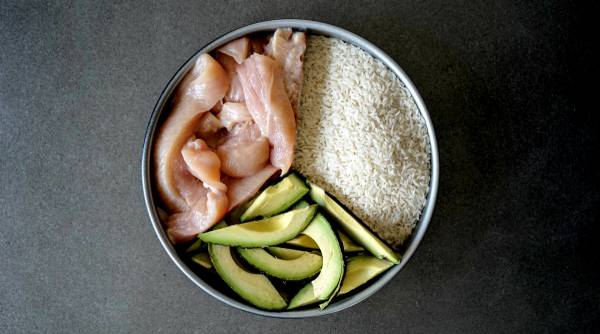 Is this the perfect macronutrient dish? That depends.

At this point, let’s all agree that a blend of the three macronutrients with maximum micronutrient density, all within the boundaries of a controlled total caloric intake, is the best start to any nutritional program. This is the case regardless of the context or the goal.

How to mix and match is particular to the individual. This means you need personal experimentation and, most of all, consistency in order to figure it out. There is no magical ratio.

We can also affirm the following to be true of each macronutrient:

Find the Best Approach for You

It is certainly intelligent to seek out the highest quality of food available. That being said, no person I know or have worked with is devoid of taste buds, and anyone who claims to only eat high-quality food is either lying, or a martyr who consumes beef liver and other highly nutritious organ meats with every meal.

Some goals, like lean mass gain or elite performance in sports, may even be deterred by eating large amounts of certain high-quality foods. The gut has to accommodate the added stress of assimilating micronutrients and fiber, which it cannot do during intense exercise or when attempting to consume more than needed (which is required to gain mass). Hence the fuel of choice for most athletes during and after hard effort is a combination of simple carbohydrates like glucose, fructose, or in some cases, non-sugars like fractionated barely extract or waxy maze.

An easy way to contend with quality control, other than using some esoteric and arbitrary rule such as “organic” or “local” (which in reality do not always improve nutritional density) is to get some accurate data: your personal blood work. Most insurance companies will cover it, and if not, it is usually reasonably priced. Seeing any deficiencies firsthand will give you a precise guide for your food and supplement choices, as opposed to the shotgun approach of massively over-dosing multivitamins and minerals.

With the combination of caloric control and smart macronutrient partitioning, you might find enough control to attain your goals and the body composition you have dreamed about. But there is one more factor that greatly affects your success in controlling nutrition. In part three, I will uncover what leads to most dieting failures: temperament.