With the rampant use of steroids and performance enhancing drugs, it’s easy to get caught up in the latest and greatest product or “aid” that just might give you the edge you’ve been looking for. But rather than looking for the newest thing out there, we should consider one of the oldest – the human body itself. It turns out, this amazing piece of machinery we get to use every day has built-in performance enhancers known as hormones.

Simply stated, hormones are chemical messengers produced and released by the endocrine glands and transported throughout the body via the bloodstream. Hormones have an unimaginable number of responsibilities in the body, but this conversation is going to focus on their roles in building muscle mass.

By planning your workouts intelligently, you can naturally manipulate your endocrine system to get an optimal hormone response, getting the results you’re after without having to stray to the dark side of fitness.

Hormones are heavily involved in the building up and breaking down of proteins during and after a bout of resistance training. Catabolic hormones, like cortisol, attempt to break down proteins to support certain aspects of muscle metabolism. On the other hand, anabolic hormones including testosterone and growth hormone help blunt the effects of the catabolic hormones and are partly responsible for the production, or synthesis, of proteins resulting in stronger, larger muscles.

Muscle development involves the disturbance and damage of fibers, an inflammatory response, hormonal interactions, and ultimately the building of new proteins. This resulting protein synthesis spawns two types of proteins: contractile and non-contractile.

The extent to which both types of proteins are generated, determines the level of muscle growth you’ll experience.

The goal with training is to increase protein synthesis and decrease protein breakdown. This can be accomplished with a solid diet, adequate rest, and capitalizing on your naturally occurring hormones. The acute hormonal secretions that occur during and after your workout provide your body with information regarding the physiological stressors your body is undergoing. Your body then takes that information and responds to the exercise stress accordingly. 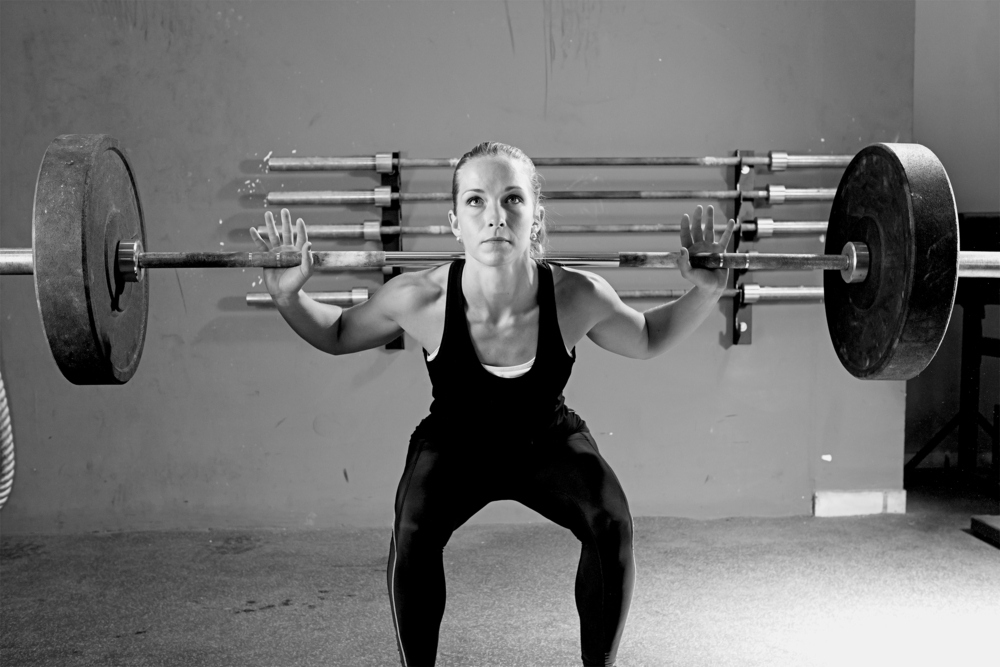 5 Ways to Capitalize on Your Training Efforts

When deciding on which exercises to add to your routine, go for quality over quantity. Choose exercises that target the greatest amount of muscle mass, such as deadlifts, squats, power cleans, and presses. The more of a muscle recruited for an exercise, the greater the potential of remodeling for the entire muscle. Because only the muscle fibers that are activated during your workout are capable of adaptation, it’s important to vary your exercise technique. For example, alter your squat stance every few workouts or adjust the angle of your bench press.

Your workout should begin with large compound exercises like the ones listed above, and then finish with exercises that target the smaller muscle groups. Working the larger muscles before the smaller ones creates higher levels of circulating testosterone and growth hormone, resulting in a more agreeable muscle-building environment. Basically, by saving your triceps extensions and biceps curls until the end of your workout, you’re surfing on the hormone surge induced by the squats and deadlifts you performed earlier in the workout.

If you want your endocrine system to respond favorably to your workout, then you’ve got to lift heavy. Avoid going lighter than 85% of your one-repetition maximum, and aim to stay in the 85-95% range. For example, if your max deadlift is 300 pounds, you should be moving 255 to 285 with each rep. The forces generated from working with heavy weights activate high-threshold motor-units not generally stimulated by lighter weights or other types of exercise. By pushing your body to its limits, you’re increasing your potential for an exceptional hormonal response and muscle adaptation.

Note: There is an exception for women. In a classic study, published in the “Journal of Applied Physiology,” researchers found that a moderate-resistance, around 75%, produced significant increases in GH compared to no increase observed with a heavier resistance protocol. 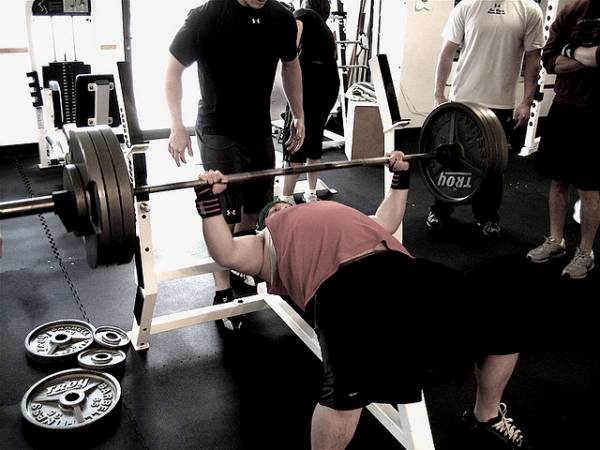 The volume of work performed during each session is another important consideration. Moderate to high volumes of exercise have shown to be the most effective in producing optimum hormonal responses. Since you’re working with heavy loads, the number of repetitions you can perform are limited. Therefore, the high volumes necessary are achieved with multiple sets or multiple exercises. The Canadian Journal of Applied Physiology published a study that found a three-set protocol produced significantly higher levels of circulating anabolic hormones compared to a routine that used only one set of each exercise.

The final factor to consider is the length of rest periods between sets, and the lines here can get a little blurry. A study published in the Journal of Strength and Conditioning Research compared a heavy resistance exercise protocol using sixty-, ninety- and 120-second rest periods. Researchers found growth hormone levels were 64% higher during the sixty-second rest period compared to the 120-second rest period. Testosterone levels, on the other hand, were 76% and 65% higher at the ninety- and 120-second mark, respectively, than at sixty seconds. Your best bet may be to keep it on the centerline and shoot for rest periods between sixty and ninety seconds to get both testosterone and growth hormone concentrations to optimum levels.

And while you’re kicking ass in the gym, don’t forget to take care of yourself the other 23 hours of the day. Eat well, avoid alcohol to a reasonable extent (it’s a known testosterone assassin), and take advantage of rest days to give your body a chance to use that hormone surge you worked so hard for. And because the highest levels of growth hormone are achieved while you sleep, remember to get plenty of shut-eye.

Photo 3 by By jasonandkehly, via Wikimedia Commons.

Jen is a lover of all things outdoors and she strives to give her clients the opportunity to be physically capable to get out and fully enjoy all the majesty Montana has to offer.

She's blessed with three little ones who call her momma and a husband with a mighty fine tush. Jen's other loves include Jesus, her dogs, books, beer, bacon cheeseburgers, competing (at anything), mountains, muscles,writing, and sunshine.