Money Is Not an Obstacle: The Simple Path to Sponsorship

Almost any athlete can get sponsored, and I do not just mean I can help you get a free t-shirt.

What I do for a living is help people learn how to connect with opportunities and identify the value they can offer in return. It’s called sponsorship, and it’s a much misunderstood and misused term.

Sponsorship isn’t a donation, it’s not just for elite athletes, and contrary to what you may have heard, it’s not that hard to get.

When people ask me how I came to be doing what I do, I start with the story of how my partner Rich Bowles decided he wanted to run the length of Australia on the 5,330km rugged and remote Bicentennial National Trail and how we realized he would need sponsorship to foot the $95,000 bill.

I cite my ten years in marketing as the foundation for my knowledge of sponsorship, having experienced it from that side of the table before starting to work with Rich and the companies we engaged as his first sponsors back in 2011. But what I realize now is that my journey into becoming a sponsorship expert started way before all that.

About twelve years ago, I was the lead singer in a punk band (yes, look at my picture and you may find it hard to believe I had a two-foot high green-and-pink mohawk). It was during those years that I got a taste for what it meant to create a network and the power that had in terms of shared skillsets and opportunities (we got all our t-shirt designs, recording, and event management done for free). The more people we knew, and who knew us, the more opportunities came our way.

“Sponsorship isn’t a donation, it’s not just for elite athletes, and contrary to what you may have heard, it’s not that hard to get.”

Back then, plastering posters on telephone poles was being replaced with posts on online forums and through email. I got us gigs with some of the biggest bands on tour initially through persistence and then through developing an understanding of what they wanted out of their support acts. Yes, playing with them benefitted my band, but my focus was on how we could be of value to the headline acts. Sometimes it was purely a money thing, but playing a gig with a massive band could have payoffs further down the track for us, so it was sometimes worth playing for free. Other times, those bands wanted our crowd and our networks, so it was important to ask and not assume we knew what they wanted.

I was a marketer back then, I just didn’t realize it. And after the band broke up – as punk bands tend to do in a chaotic frenzy of alcohol, loud guitars, and broken beer bottles – I made a decision to move toward a career in marketing. One where I’d get to combine my love for creative thinking with practical and strategic applications. 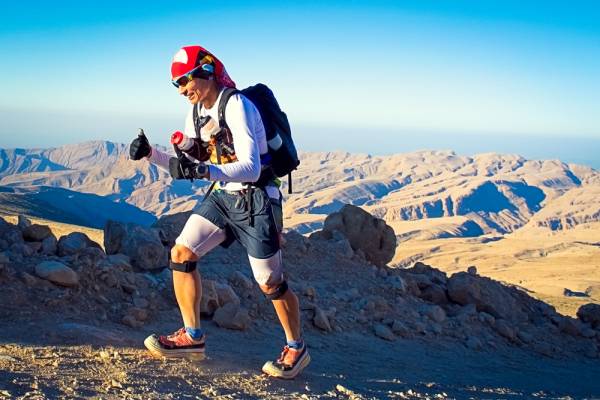 So, on Christmas day back in 2011, after Rich announced to my family that he wanted to be the first person to run the world’s longest marked trail, he turned his head toward me with a slightly raised eyebrow and asked ”What do you reckon?” Me being me, I said, “Let’s do it!” The idea that my boyfriend was brave (or insane) enough to take on such a huge and never-before-achieved challenge blew my mind. There was no way I was missing out.

My role in the adventure (apart from being support crew) was to raise sponsorship while Richard concentrated on training. In my day job, I was used to receiving, reviewing, and approving dozens of sponsorship requests, as well as putting together large volumes of proposal documents for pipeline construction projects. But I had never before put together a sponsorship proposal of my own.

For over twelve months, I searched on the Internet for templates, samples, instructions, videos, and anything that helped get my head around how to approach and engage sponsors, what to offer them in return, how to manage the process, and how to make sure the relationships were mutually beneficial. What I found was there was no one-stop shop for this information, so I began creating my own documents and learned as I went along about what did and didn’t work.

“What I realized during those fifteen months of planning for the Bicentennial National Trail, and then for the subsequent four projects, was that there are few resources available for athletes seeking sponsorship.”

We engaged about 50% of our sponsorship requirements through already existing contacts, while the others were engaged through a combination of creating new relationships and being in the right place at the right time (a company actually asked Rich if he knew any trail runners looking for sponsorship!).

Rich became the first person to run the world’s longest trail and went on to be the first person to run New Zealand’s 3,054km Te Araroa trail, just three weeks after finishing the Bicentennial National Trail. Four months after that, he ran the length of Israel’s 1,009km trail, and last year smashed a record on the 1,200km Heysen Trail of South Australia – the sponsorship for which was engaged by Rich in a two-week period just before Christmas.

Yep. During the time of year where everyone either cries poor or is already switching off for the holidays, Rich garnered $25,000 of sponsorship by engaging two companies in the mining industry and offering them great media and content for their internal communications and social media (three mini-documentaries branded with their logos and featuring the products), as well as an in-house keynote speech after the run.

A view of the Fleurieu Peninsula along the Heysen Trail in South Australia.

What I realized during those fifteen months of planning for the Bicentennial National Trail, and then for the subsequent four projects, was that there are few resources available for athletes seeking sponsorship. I had spent so many hours developing a whole library of documents and a winning strategy to engage and retain valuable sponsorships – valuable in a financial sense and in the true sense of a relationship in that both parties were happy with the outcomes. The key was that it was the athlete who needed to forge the relationship with the sponsor, not a manager or a broker.

Since 2011, Rich has raised over $200,000 in sponsorship. I was amazed to discover this is a lot more than many elite athletes in Australia can ever dream to raise. So, it’s not just about being well known or the best at your chosen pursuit, sponsors don’t really care about that. What they care about is how they can get publicity and more revenue. They want to know you’re going to be good for their business and that their investment is going to give them a good return.

I know there are people who see Rich and I traveling the world, plastering photos and videos of harsh deserts, exploding volcanoes, bleeding limbs, and strangely enough very happy faces, and these people make assumptions about us and our finances. We have had people say things like, “Well it’s easy for you guys,” or, “You must have a big credit card bill,” while others just think we’re “lucky.” None of those statements are even close to the truth. We’ve never had a credit card, we haven’t borrowed a cent, we didn’t take any donations, and we don’t believe in luck.

I’m a big believer in positive thinking and following your intuition, and when I had the thought that maybe other people needed help getting sponsorship, I came up with the idea of creating The Sponsorship Consultants to provide resources and consultancy for athletes. I have experienced both sides of the sponsorship coin. I know my experience can benefit others, and I’m excited about working with athletes and helping them connect with opportunities. 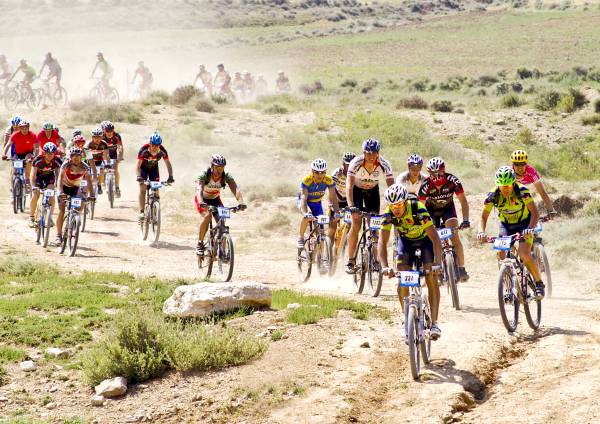 You Can Get Sponsorship

I promise you, the money, products, and services are all out there for all of us, we just need to know how to connect with them the right way. In the upcoming articles I’ll be writing for Breaking Muscle, I’ll be sharing my proven approach of obtaining, maintaining, and retaining valuable sponsorship agreements from companies. I’ll empower you with the skills, knowledge, and resources to engage valuable and long-lasting relationships.

“My articles will keep it simple, factual, and informative and help you to understand how using a simple approach can result in you achieving your sponsorship goals.”

Some writing on sponsorship takes you into complex, analytical, and, to be honest, quite confusing levels of detail that for individual athletes are simply irrelevant. They provide the kind of detail that large organisations may use during their negotiations with a national sports league where sponsorships are multi-million dollar contracts. My articles will keep it simple, factual, and informative and help you to understand how using a simple approach can result in you achieving your sponsorship goals.

The most exciting thing I want to share with you is that almost any athlete can get sponsored, and I definitely do not just mean I can help you get a free t-shirt. There is much more on offer.

There are opportunities for you to engage in valuable and ongoing sponsorships that will not only change your life in sport, but also have the capacity to change your life for the better in so many ways.