No Failure, Only Feedback

How you choose to view your challenges and setbacks will determine your outcomes in life.

One thing we all learn at a rather early age is that life is full of challenges. The response to challenge puts people into one of two camps: those who rise to the occasion to overcome challenge, and those who do not put forth their full effort and fail to achieve their goals. I like to think that I fall in that first camp, and that there is no challenge too big for me to overcome, regardless of the odds or what is at stake.

Challenges can come in many different forms, and everyone lives a different life full of different aspirations, mindsets, and setbacks. For some, just getting out of bed in the morning may be the toughest challenge of their life. For others, a challenge is something that requires training to beat, physical endurance to overcome, and unwavering tenacity. When all of these characteristics are combined, and when an individual or team puts forth their full effort, challenges can be met head-on and overcome. When this happens, challenges become a learning experience for those that have refused to quit in the wake of terrible odds.

The Pull Up World Record

It is this mentality that propels me forward each and every day. My life has been full of challenges, mental, emotional, and purely physical. Some have been set by others, some have been set by society, but I find the most rewarding challenges to beat are those set for myself. I am the only person in this world who knows and understands what I am truly capable of, and I try to test that limit by setting personal goals that, at first, seem impossible.

One such challenge that I set for myself was to become the world record holder for most pull ups performed in a 24-hour period. The following is an account of that challenge, the hurdles I faced along the way, and a reflection on what I learned about myself through the experience.

In order to gain a better contextual understanding of the above feat, here is an excerpt from the Navy Times’ coverage:

The 28-year-old petty officer shattered the Guinness World Record for most pullups with 5,804 in 24 hours on Sept. 27 at North End Fitness in Oak Harbor, Washington. On his second attempt, he even upped the ante by wearing a 30-pound pack… Mixing feats of strength with fundraising, McCastle has raised thousands of dollars for veterans’ organizations… “I wanted to add the extra pack to represent their burden that they carry,” he said. “They don’t take that pack off. They carry it with them for the rest of their lives.”

Simply put, I challenged myself to perform the most pullups by anyone in a 24-hour period, both to challenge my physical endurance and to challenge others to donate their money to a worthy cause.

But I was not able to overcome this challenge immediately. I had attempted the challenge several months before, and came nowhere close to finishing it. That attempt left me mentally anguished and disappointed in my lack of physicality.

But then something truly inspiring happened. I realized that my physicality was only a part of who I am, and not the whole identity that I had previously attached myself to. My family, friends, unit, and even several strangers who knew about my exploits commended me on my effort and gave me positive feedback that helped me regain my mental and physical composure.

Furthermore, I was paying closer attention to the feedback that my own body was giving me. What I found was that, after closer inspection, I needed to work on my cardio more, instead of constantly doing pullups all day. This would ensure that the oxygen I was breathing in was being used as efficiently as possible. The more oxygen you have in your body, the more endurance one has in the long-run. So I refocused my training and went at it hard for the next 10 months.

The Feedback From Failure

While the training and concentration played a significant part in me overcoming the challenge the second time, I believe it also had to do with failing hard the first time. Growth only occurs in a state of discomfort. That initial failure removed me from my comfortable, ordered life, and thrust me into a state of complexity and uncertainty, where outcomes are unpredictable, which in turn forced me to adapt and grow.

Looking back on the challenge, there were several moments that taught me a lot. During the final hours, which were by far the most difficult, I found that I could feel my body reacting better to my training than it did the first time around. While it was still difficult, I noticed it was slightly easier than the first time, and my breathing was much more steady and meaningful. 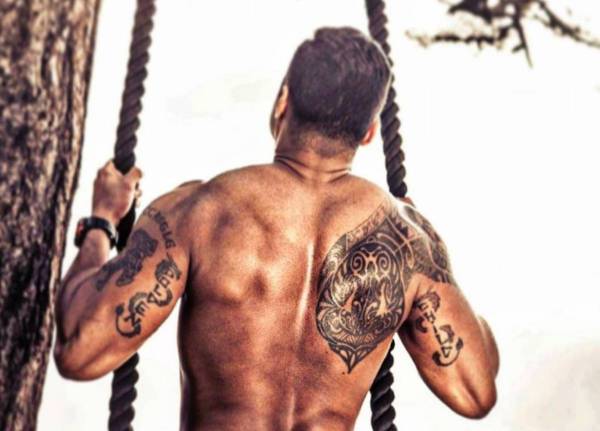 Finally, I learned that even when I think I am dialed in, there is always room for improvement. I can always be in a better mindset. I can always be more optimistic. I can always try harder to make my actions meaningful for others. Coming away from this challenge, I was certainly not unscathed. But I am in a far better place, now that I have proven to myself and the world that I can achieve anything I put my mind to.

You can show your support for Mike’s labors on behalf of veterans by donating to his Veterans Suicide and Retreat Fund.