Nobody Said It Was Easy: An Interview With Sarah Wilson, Part 2

Sarah Wilson is a world-class athlete, business owner, jewelry designer, coach, wife, and mom-to-be. So how does she do it all?

As we learned in part one of our interview with Sarah Wilson, she has a lot to keep her busy, from jewelry design, to competing in duathlons, to coaching CrossFit. Although it may seem like her success just happened overnight, it’s taken Sarah a long time to get to this point in her career. “If you look at just the lifespan of Fashletics, it looks like it just kind of took off right away, like it was a lucky find or a lucky thing. But it really wasn’t.” In reality, Sarah has been working towards this for years. The journey has taught her a lot about balancing her various pursuits and working through failures and moments of self-doubt.

After she graduated from college, Sarah worked with other jewelry designers to gain experience and later started her first jewelry company. “Before I started Fashletics, I had another jewelry company, and it was just kind of up and down in terms of success. It was really frustrating, because I was doing what I loved doing – I was doing metalwork and making jewelry – but I was having a hard time making it successful.” Every so often, when times got tough, Sarah would give herself what she called “the ultimatum:”

I asked myself several times, every year or every six months, when I was having a hard time: “Okay, this is hard right now. I could quit; I could go get a normal nine-to-five job, not have to worry about making money, be secure, and that would be one way to go. But I probably wouldn’t be happy doing what I was doing. Or I could take a year, keep doing what I love and trust that at some point, I will figure it out and have the success that I was working so hard for.” Every time I gave myself that ultimatum, I chose to struggle with something that I love as opposed to give in and do something easier that was going to give me some kind of monetary success or security. 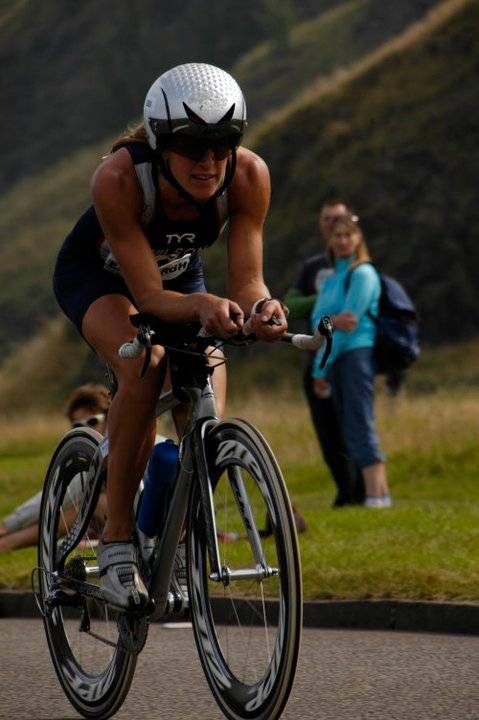 This outlook also applies to athletics. “With sports, it’s the same thing. Not every race is going to go your way, and some days you’re going to have bad days. Some days you’re not going to be the best person out there. It’s not a good feeling – it’s never a good feeling to fail…But am I going to just stop doing it and find a new hobby, like start collecting stamps instead? No, I’m going to keep doing this and get over the fact that sometimes it’s hard and sometimes I fail. In the end, it’s the whole picture that counts…nothing beats doing what you love.”

This year has already been a rewarding one for Sarah, and her business has grown so much that she now has her own workshop. “Finally, just in January, I moved my workshop into a warehouse space, about ten minutes from my house. So I now have a physical space of my own. Sometimes I look around and I’m like, I can’t believe I did this! This isn’t some little company out of my house anymore. It was a big moment because I could really see all the potential for it. It felt really good, because I felt like I was getting the company off its feet a little bit more. It was all grown up and going to college. That really felt good.” Of course, there are still bumps in the road, but staying focused on the positive keeps Sarah going. As she said, ““There are some days where I feel like it’s all going to crumble on top of me, and then there are other days where I feel like a rock star.”

So between coaching, training, and creating, what does a day in the life of Sarah Wilson look like? “I work out and coach in the morning, and then from there I’ll go to the studio and get the orders out, work on new pieces that have to be done. Then I come home in the evening, and I have an office at home where I do all the admin work that I have to do.” In the initial stages of her business, Sarah said she was working a lot more, but as time went by she figured out how to organize her time and balance work and life. 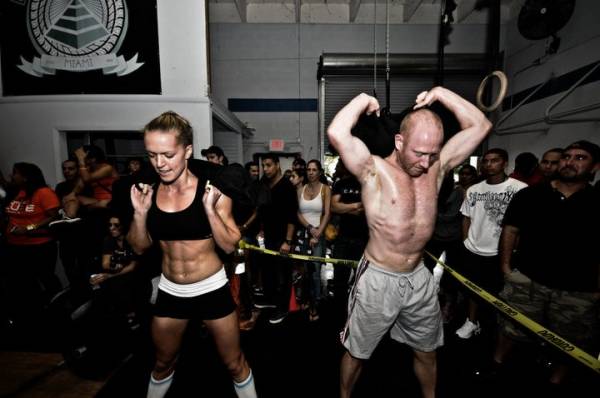 That balance is going to come in handy in a few months – on top of it all, Sarah and her husband (that’s them pictured to the right) are also expecting a baby this fall. “I know that soon enough, there’s going to be a whole new aspect of my life – this is my first child, and I don’t know what to expect…I just know that if I keep working hard and stay organized, I can make it all work.” Sarah has kept up with her training throughout her pregnancy so far, which made some of the common pregnancy symptoms easier to deal with. “In the beginning, when you’re nauseous and feel tired and all that, it definitely made me feel better to keep moving to some degree.” She also has a lot of support from the women at her gym. “A lot of women we coach have done CrossFit through their pregnancy, and delivered really healthy babies and they’re all doing amazing, so I’m really inspired by a lot of the women in our gym.”

So, Sarah Wilson is a world-class athlete, business owner, jewelry designer, coach, wife, and, in a few months, a new mom – how does she do it all? The simple answer is that Sarah loves what she does, and she’s willing to go through struggles and difficulties to pursue her passion. Whether you’re talking about a sport, a career, parenting, or any of the other things life may add to the juggling act, her story shows what can happen when someone pursues the life they want, even if it’s not necessarily the life that they have right now. Nobody said it was easy, but it sure is worth the work.

Read part one of our interview with Sarah Wilson – Athleticism Meets Art.