In my article, How to Practice Perseverance in BJJ, MMA, and Life, I featured my first OSS Clothing gi, The Original. I contacted owner Nick Haloski to find out why he chose OSS to represent his brand and why he embroidered the word “persevere” on the inside gi lapel. He explained:

I chose persevere because OSS is short for oshi shinobu. The translation is to persevere or endure under pressure. I put it on the inside to remind us to persevere on the mat and in life. No one can see it with the gi worn properly because it’s not for everyone; it’s for the wearer.

In November 2014, I was sent OSS Clothing’s Daruma gi to review. I received a children’s size K4, but it appears identical to the adult Daruma. According to several gi brand owners, children’s gis may sell at a lower price than adult gis, but they actually cost close to the same amount to manufacture. Apparently the stitching is one of the most expensive parts of gi manufacturing. The Daruma kimono comes in both white and blue. I received the white version. 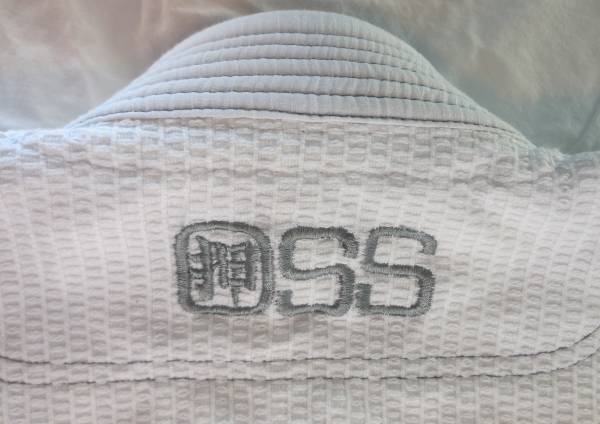 The jacket is reinforced in all of the traditional areas, with solid stitching throughout. I’ve rolled in this gi for two months now, washing and drying it numerous times, and it has remained a solid gi. The design is simple but eye-catching, with strategically placed custom embroidery and taping.

I liked the narrow overlap of the jacket of this gi. When you fold the lapels over each other, many other gis feel as though you have a double layer of gi material covering your torso. This gi has just enough material on each lapel to meet in the middle, with an overlap as it descends to the waist. There is no excessive material. For women who prefer having extra wide lapels to cover their chests, it would be wise to wear a rashguard with a t-shirt neck under this jacket, rather than a sports bra or tank top. 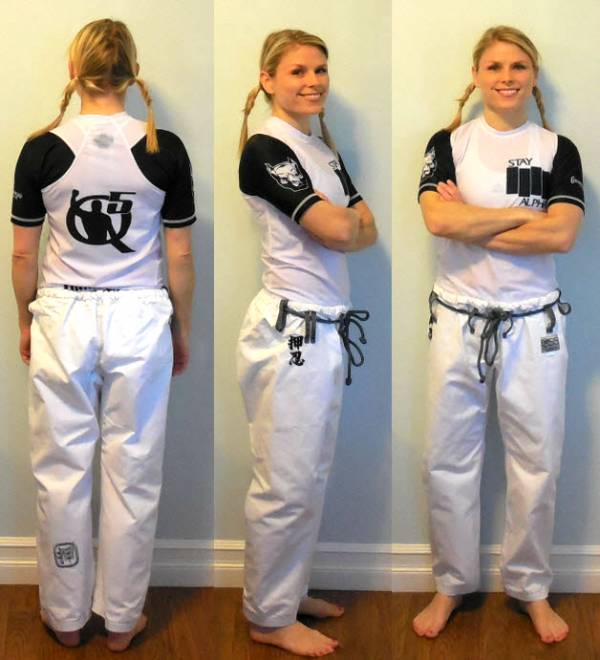 Obviously I can’t see it myself, but in the photos I took while wearing it, I noticed that the waistline of the pants caused a bump in the long jacket skirt and made me look as though I have muffin top. When I’m at jiu jitsu, I usually look as though I’ve walked through a hurricane by the end of class anyway, so I don’t think this issue is significant.

“I’ve rolled in this gi for two months now, washing and drying it numerous times, and it has remained a solid gi.”

The six-loop belt system on the pants ensures that the solid rope drawstring stays in place while you roll. The drawstring seldom has to be retied, but this rope does seem to be the same type used on my OSS Original gi. After much use, the four small cords inside the rope on the Original gi pants have escaped the outer casing in a couple of places. So far, this hasn’t happened with the Daruma gi pants and it probably never will.

Visit my blog for more photos and complete measurements, including shrinkage analysis. 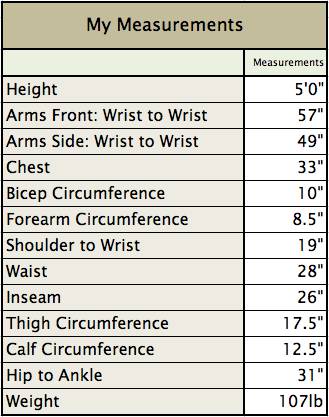 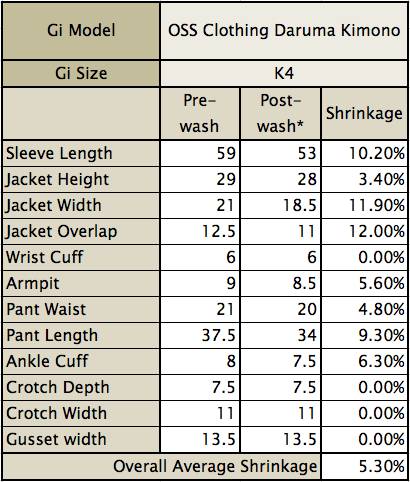 The Daruma gi comes with a gold weave jacket, rather than the more common pearl weave. It is the only gold weave gi I have and in comparison, it is much softer and more comfortable than the pearl weave fabric. We always look like we’re rolling in our pajamas, but this jacket actually feels like I’m wearing my favorite pajama top.

“The design is simple but eye-catching, with strategically placed custom embroidery and taping.”

My very first gi was the old blue and pink Atama gold weave with the vertical seam down the center of the back. If you’ve been training for a long time, you will remember the one I’m talking about. It looked like the Keiko Raca women’s gi with those big, unsightly patches. The Atama felt much heavier than the Daruma and because of that, I was able to feel the seam on my back as I rolled. The Daruma is a 550g weave, but I don’t feel the back seam at all during rolling. I assume this is because the seam is vertical and falls at the curve of my back, rather than horizontal where it could dig into my spine.

Overall, this is a wonderful gi to roll in. I did notice my partners were easily able to use my lapels to tie up my arms and hold me in place or choke me while I was wearing this gi, but I think that could be due to the skill of my teammates, rather than the extra couple of inches on the skirt.

At $145.00, the Daruma is reasonably priced, especially considering the quality of the gi and the epic gi bag that comes with it. Also reasonable are the $12.00 United States and $15.00 international shipping prices. If only the Canadian dollar would climb out of the gutter.

The OSS Kimono Daruma gi is available for $145.00 at OSSClothing.com.