How to Practice Perseverance in BJJ, MMA, and Life

What you believe and who you listen to will dictate your results in jiu jitsu and in life. I hope these words of champions will help you to push through tough times and fulfill your own dreams.

When I woke up yesterday I felt like garbage. I hadn’t had a drink the night before, but I woke up dehydrated with a killer headache and a slight case of the shakes. The last thing I wanted to do was go to open mat with a bunch of guys to train Brazilian jiu jitsu. I hope to compete in a couple of months though, so I flipped through the voices in my head to find the one that would inspire me to push through and go train.

Ronda Rousey: Be the Best on a Bad Day

What I heard yesterday was UFC Women’s Bantamweight Champion Ronda Rousey talking about how her mother, Judo World Champion AnnMaria De Mars, would force her to train when she didn’t feel up to it. I couldn’t remember the whole story, so I contacted AnnMaria to ask for her version. She shared:

De Mars also made Ronda compete when she was sick. She wanted Ronda to be prepared for anything so if she turned up sick at the Olympics, she would have the experience of fighting through it. Rousey placed second in the junior Olympics with the flu and won a gold medal in Finland while suffering from mono. She had wanted to go home, but her mother told her, “Ronda, if you can suck it up and win a gold medal in an international tournament when you have mono, you will be the baddest woman on the planet.” Ronda has since been confirmed for the title of baddest woman on the planet.

I’m a new coach and one of the qualities I feel is most important for the students in my class to develop is perseverance. I think pushing through tough times when you want to quit gives you the confidence to face bigger and bigger challenges and grow as a person. 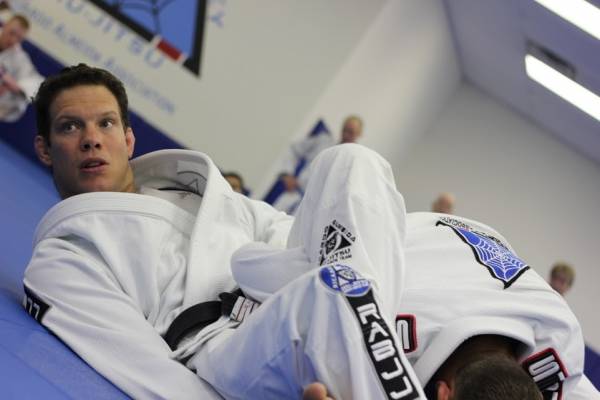 Ricardo Almeida is a fourth degree BJJ black belt with championship titles in both MMA and Brazilian jiu jitsu. I was fortunate to do an interview with him a few months ago, and during our conversation he said that when a person competes for the wrong reasons, he or she is more likely to quit. When that neural pathway is formed, it can negatively affect the rest of the person’s life. That concept stuck with me and every time I’ve felt like quitting since then, I remembered what Ricardo said and decided to keep going. He said, “Quitting is a habit that is easy to form, a big part of training is to ignore our instinct of self-preservation that keeps us from achieving anything beyond mediocre results.”

Joel Jamieson: Getting Used to the Edges

For me, learning the reasons why my brain tells me to give up has helped me to resist temptation. Last year I competed in my first IBJJF tournament and sought the advice of training mastermind Joel Jamieson, a strength and conditioning coach who has trained elite-level fighters including former UFC Middleweight Champion Rich Franklin and current UFC Flyweight Champion Demetrious Johnson. He sent me his new DVD set, Conditioning Blueprint, to review (it’s awesome) and the first section addresses fatigue and theories as to what actually causes it.

We’ve all hit that point in training where we felt we physically couldn’t take another step, so I asked Joel if he had any tips for athletes who wanted to push past fatigue and continue working. I wondered if there were mental strategies he used with his athletes. He explained: 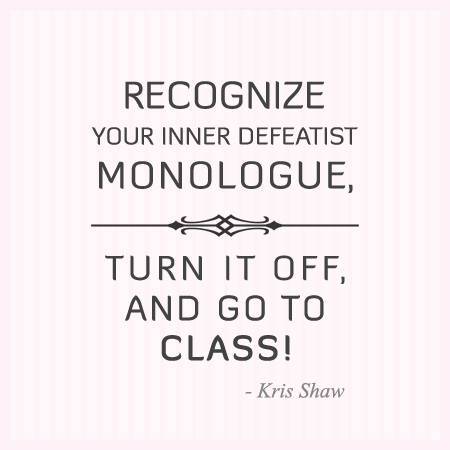 The brain regulates everything, obviously, and of course this means it can’t let energy production get to the point where it would cause damage to the cells so everything is protected through feedback loops to make sure energy production slows down at whatever point necessary to preserve cellular function. You can’t really override this as it is fundamental to survival, but you can train to push things a little further within the limits.

Mostly it’s just a matter of getting the body used to being at the edge of those limits so it’s used to functioning there and mentally you’re prepared to continue to working even though the brain is doing everything it can to make you want to stop. I’m not sure how much self-talk or other such things work, I’m sure different things work for different people but mostly it’s just a matter of training and experience being pushed.

In a nutshell: go train.

Clark’s dream has always been to be a professional athlete and when I asked him what keeps him going when times get tough, he said:

It definitely has its challenges, and there have been times when I have considered taking an easier route in life. But then I think of really how much mind power one really needs to push themselves to their physical and mental limits. I think that, if someone else can do it, well so can I!

I think of the personal gain I will have from the experiences I go through and how so many people wish they could do something like what I do. I think of all the people I will influence and who will look up to me. This gives me inspiration, and at times when you may get nervous, I try to take that energy and turn it into excitement and I think, how many people actually get to challenge themselves like I do.

I believe I am making myself a stronger, more complete person by these challenges I put myself through and these ideas get me to dig deeper and push harder, and as you dig deeper within yourself, you will find that every time you dig, you will find yourself just a little deeper than the last time.

If you’ve been training BJJ for any length of time, you’ve heard people say, “Oss!” You may have said it, too, without understanding its meaning. Oss Clothing owner Nick Haloski explained why he chose the word to represent his brand and why he embroidered “Persevere” on the inside gi lapel: 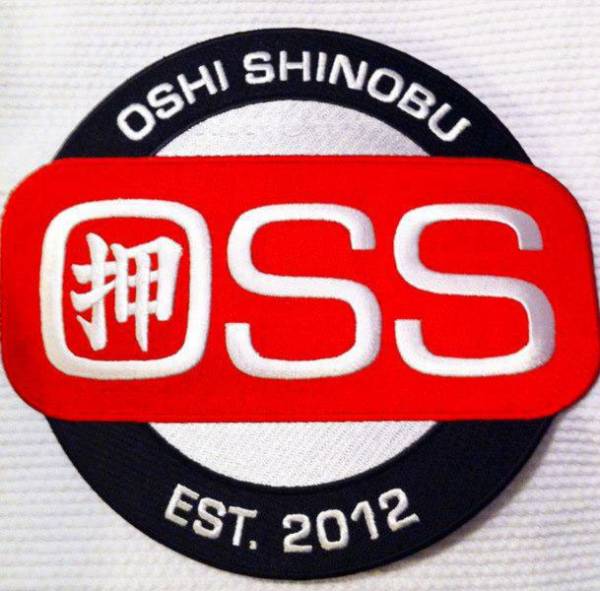 I choose persevere because OSS is short for oshi shinobu. The translation is to persevere or endure under pressure. I put it on the inside to remind us to persevere on the mat and in life. No one can see it with the gi worn properly because it’s not for everyone; it’s for the wearer.

What you believe and who you listen to will dictate your results in jiu jitsu and in life. I hope these words of champions will help you to push through tough times and fulfill your own dreams. Oss!