Remember back to your school days when you were finding it hard to get better at a sport or musical instrument, yet one of your friends made it look simple? Your parents probably did one of two things:

Well interestingly, there appears to be merit in both of these responses. Nature and nurture seem to be so interlaced in any realm of athletic performance that both training and natural talent will determine expertise. For years, sports scientists have been involved in modern genetic research in order to determine just how much nature contributes to athletic performance and how much nurture or practice does.

Talent can be defined “as any feature of natural endowment that has one or both of the following effects: enhancing training and enhancing performance.”4 Interestingly, there doesn’t appear to be a huge amount of supporting evidence that solely talent makes a person an expert at sports.

David Epstein, in his book The Sports Gene: Inside the Science of Extraordinary Athletic Performance, discussed how complex becoming an expert actually is. In general terms, he found that both nature (biology) and nurture (practice, hard work) interact at almost every step of the way to develop elite athletes.

For example, from a nature perspective, people vary widely in the size of their heart and lungs and the amount of red blood cells they have in their body. Genetic makeup also determines how our physiology responds to training for sports, such as the gaining of muscle mass and improvements in aerobic capacity. Therefore, a training regimen that works well for one person may not work as well for another. There are also variances due to genetics in regard to how hard individuals can push themselves in training, which of course, can have a huge impact on end results.

But Epstein, through the analysis of extensive research on both sides of the coin, also discussed various studies around the importance of practice. For instance, in 1993, Anders Ericcson, a Swedish professor of psychology widely recognized as one of the world’s leading researchers on expertise, came up with the 10,000-hour rule. In his paper, called The Role of Deliberate Practice in the Acquisition of Expert Performance, he discussed research conducted by a group of Berlin psychologists in numerous competitive areas, from music to the Olympic Games and international chess competitions.

With this research a common theme was discovered – that people at the top of their fields all tend to complete at least 10,000 hours of deliberate practice. To further support the nurture debate, you also have the growth mindset, first named by Carol D. Dweck, which suggests that qualities are malleable through learning and not fixed by genes. And even earlier than this was the research done by sports expertise researcher Janet Starkes who carried out occlusion tests that found learned perceptual expertise is more important than raw reaction skills. Hence, that accumulated hours of practice were in fact masquerading as innate talent. 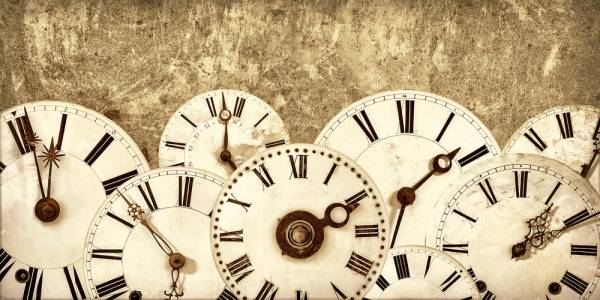 Give Deliberate Practice a Try

Your position on this nature versus nurture debate probably depends not only on these points and other reading you have done, but also on your own experiences. Perhaps you are someone who felt you did not possess the natural talent to excel at sport, but through hard work and training, managed to rise to the level of those who were initially more talented. Someone like Michael Jordan is a good example of this. Or maybe you were the gifted athlete who found that with minimal training you could outperform most of your peers in a range of different activities. In this case, you might disagree with the whole theory around practice.

No matter where your beliefs lie in this interesting area of research though, if you really do want to become a better runner, a stronger weightlifter or a more refined tennis player, then deliberate practice and hard work sure won’t set you back. Although sports science has worked out that performance is the result of a cluster of physiological, psychological, and environmental traits, hard work is certainly a key part of this equation and can be the difference between victory and defeat.

So why not try deliberate practice over time and see how well you do? It may not come easy, but think about how rewarding it will be when you have put in those hours of training and you perform better than you ever thought you could. I have seen my boyfriend learn guitar over the past twelve months, putting in hours of practice and attending lessons every fortnight and he is a prime example of the theory of practice. He will be the first to admit he was not born with this musical talent, so instead he has persisted and it is starting to pay off. I enjoy listening to him and you can tell how much he enjoys playing, as with each hour it becomes more effortless for him.

Where do you think you fall on the scale of nature versus nurture? Do you have a goal that will involve deliberate practice in order to get better? Please post your thoughts and goals to the comments below.

An exercise enthusiast from way back, Marisa first got into personal fitness training in Perth, Australia back in 2001, after becoming qualified at the Australian Institute of Fitness. Over the last six years she has been based in Sydney as a communications professional within the finance industry, but continues to do fitness coaching most days of the week. Her coaching experience ranges from fitness training for entry to the Army (her first client) through to one-on-one strength and conditioning training and group boxing sessions.

Over the years, Marisa has competed in sports such as netball and volleyball, as well as more individually focused activities such as running events and triathlons. Running has become a particular passion of hers. After doing a number of half marathons around the country, she completed her first marathon in May 2012 along the extremely hilly Great Ocean Road in Victoria. This year cycling is her main focus. She has registered to do the Ride to Conquer Cancer and is hard at training with five other team members to complete the 200km event in October. Cancer is something that has touched Marisa's family over the years and any donations to support her for the ride are more than welcome! Just click on the link above.

Not only does Marisa love keeping active and training others, she also has a depth of experience in health and fitness research and writing. Her health writing began back at a local newspaper in her early twenties and then expanded to writing freelance regularly for a national magazine called Women’s Health and Fitness, where she did interviews, researched new topics in fitness and nutrition, and shared knowledge based on her own exercise and coaching experience.

Marisa has a strong belief in living a balanced lifestyle, with everything in moderation, and thoroughly enjoys sharing her passion for fitness with others, through both writing and coaching.