If you can’t see it, smell it, hear it, taste it, or touch it, then it doesn’t exist. That’s the empirical worldview. A view that translates into the notion that the more you can see, smell, hear, taste, and touch, the better.

If you can’t see it, smell it, hear it, taste it, or touch it, then it doesn’t exist. That’s the empirical worldview. A view that translates into the notion that the more you can see, smell, hear, taste, and touch, the better.

And there begins a life built in slavery to the five physical senses. Pretty soon, we’re running around seeking the accumulation of things, fixated on externals to the detriment of our inner life. This is the dominant social climate of our day. So how do we center and ground ourselves, find peace of mind, and union with our true selfhood?

According to the yoga sutras verse 1.2, we cannot do this until we are able to disassociate from our surface mind chatter. The sutra reads: “yoga?-citta-v?tti-nirodha?.” Translated as, “Yoga is experienced in that mind which has ceased to identify itself with its vacillating waves of perception.”

Mind chatter or “vacillating waves of perception” include all thoughts, feelings, perceptions, opinions, judgments, wants, aversions, attachments, cravings, bodily sensations, and impulses that arise out of past and present conditioning, either from within our own predisposition or from external influences.

“Knowing what’s not authentic creates a clearing whereby the true selfhood can be seen.”

You can see why someone embarking upon a spiritual path often has what feels like an identity crisis when all the constructs propping up their selfhood are seen to be transitory. But that’s only the beginning. Knowing what’s not authentic creates a clearing whereby the true selfhood can be seen. The next verse, sutra 1.3, goes on to tell us: “When this happens, then the Seer is revealed, resting in its own essential nature, and one realizes the True Self.”

Finding the True Self

How do we get from mind chatter to the True Self (pure essence)? Of the eight-limbed yogic path, I find the absolutely crucial and pivotal limb to be pratyahara. Pratyahara means to disengage from the five physical senses, to turn inward, or to gain mastery over external influences. “Prati” means away or against and “ahara” means food or anything taken in from the outside.

RELATED: Rediscover the Lost Art of Breathing for Health and Well-being

Swami Sivananda, a renowned Hindu spiritual teacher and author of over 200 books on yoga, confirmed what I’ve experienced when he wrote, “Pratyahara itself is termed as Yoga, as it is the most important Anga [limb] in Yoga Sadhana [practice].”

“A person can have all the raw talent, genius, and opportunity in the world but unless he or she can control the senses they will ultimately succumb to the dark side of the human psyche.”

Not only is pratyahara part of all the other limbs, but it is also the bridge between the external practices and the internal. Without pratyahara, the final three limbs of yoga cannot be attained. 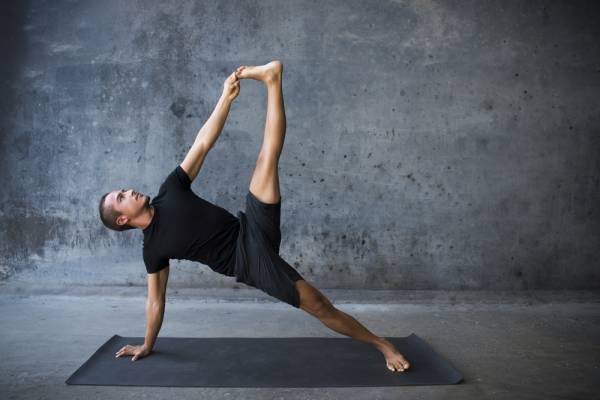 TKV Desikachar’s translation of sutra 2.54 describes pratyahara in this way:

The restraint of the senses occurs when the mind is able to remain in its chosen direction and the sense disregard the different objects around them and faithfully follow the direction of the mind.

How cool is that? That we could actually harness external forces according to the focus of our mind!

Why You Need Mastery

Maybe you’re not interested in higher consciousness. Maybe it sounds too ethereal for you. But chances are you’re interested in being happy, feeling free, and living a life of purpose – all made possible only by some measure of mastery over the senses.

“This type of pratyahara connects us with our selfless nature where we are concerned more with doing good than with what we get in return.”

A person can have all the raw talent, genius, and opportunity in the world but unless he or she can control the senses they will ultimately succumb to the dark side of the human psyche. We see this with celebrities all time. On the other hand, someone moderately talented with limited opportunities, even hardship can rise to realize their dharma (life’s purpose or calling) through the practice of pratyahara.

The 4 Ways to Practice Pratyahara: Indriya-pratyahara

The control of the senses. This might be the most important approach in our gadget-centered, get-it-quick kind of culture. This is a redirecting of the senses toward constructive focuses, rather than a complete withdrawal from sense objects.

RELATED: The Benefit of Letting Our Senses Do the Work

For example, as I write this I’m burning Nag Champa incense and listening to sacred music rather than sniffing glue and listening to hardcore thrash metal. Gazing at the ocean, spending more time in nature, going on a retreat, meditating on positive images, visualization, and focusing on subtle inner sights and sounds are all practices that fall under this type of pratyahara. 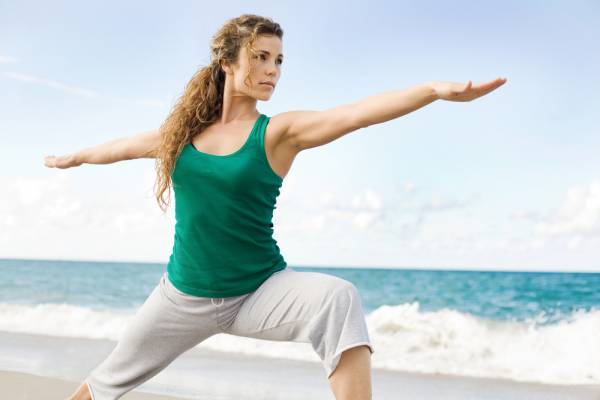 The 4 Ways to Practice Pratyahara: Prana-pratyahara

Vital energy control is a way of directing the energy gathered during pranayama. It can be practiced during asana or in meditation by withdrawing energy from certain parts of the body, leaving only the area you wish to focus on.

BREATHE BETTER: A Simple Breathing Exercise for a Balanced Mind

I use this often when guiding a class into savasana (final resting pose). By withdrawing energy from the body’s outer shell, it becomes less of a distraction and students find a more inward focus.

The 4 Ways to Practice Pratyahara: Karma-pratyahara

Control of action is the way we purify the sensory impulses that give rise to our actions. It’s expressed by living a devotional life in service to God or mankind. This type of pratyahara connects us with our selfless nature where we are concerned more with doing good than with what we get in return.

The action itself becomes the reward. One of my favorite verses from the Bhagavad Gita sums it up like this, “You have a right to your actions, but never to your actions’ fruits.” This might sound counter-intuitive, but I’ve experienced firsthand how this mindset gives more freedom in action and leads to better results.

The 4 Ways to Practice Pratyahara: Mano-pratyahara

FURTHER READING: How to Maintain Yoga’s Lineage in Modern Times

It encompasses all the other forms, but most of us need the others to prepare for this one. In mano-pratyahara, the tone or vibration of our mind becomes as tangible to us as a physical object. We tune into it, sense it, and withdraw our consent from low vibrational or unwholesome impressions and redirect awareness to something of better quality within the mind. It’s like retraining ourselves to eat wholesome mental food that fuels our highest nature rather than junk food. 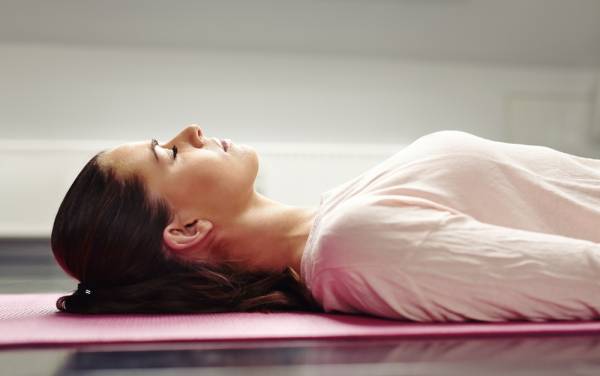 The most lasting, positive contributions to the planet all came from those who practiced pratyahara, though most of them probably didn’t call it that.

Pratyahara has very practical applications – right here, right now. It can be practiced anywhere and everywhere. Yes, even on busy freeways, in shopping malls, and amid the sensory overload of the modern world.

“The most lasting, positive contributions to the planet all came from those who practiced pratyahara, though most of them probably didn’t call it that.”

It is the gateway to mastering the unruly mind. It supports us in fulfilling our dharma. It invites us to go beyond our conditioning, our fear, and all the illusions (mayas) of the survival mind. It gives us access to that spark of divinity (originality) within us – the True Self.