How Kill Cliff’s recovery drink got the name “The Tasty” is less mysterious than where the name “Kill Cliff” itself came from. Countless samplings around the country yielded one common description from taste testers upon their first sip: “That’s tasty.” The rest is history.

A former Navy Seal started Kill Cliff, and the brand commits a share of its earning to support Navy SEALs and their families. It’s with this heritage that much of the mystique around the name, Kill Cliff, originates. I’ve heard at least two different stories circulating amongst their fan base. One claims the name is in reference to a secret mountainside in rural Afghanistan where soldiers are marched off to their death never to be found. Another story claims the name belongs to the butt of a BUD/S prank in which a SEAL candidate named Cliff arrived at a team party to find everyone in attendance wearing shirts that read “Kill Cliff” – except him of course. I can only imagine that as the popularity of the brand grows so will the number of rumors surrounding the name. 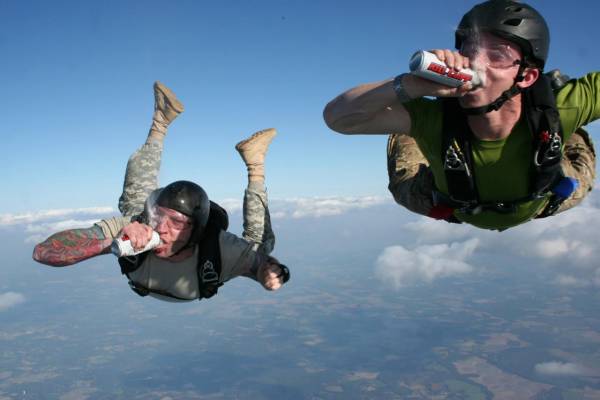 As mysterious as the name is, the product isn’t a secret at all. The slender aluminum can might make you think “Redbull” upon first glance. “The Tasty” isn’t an energy drink, though. Using natural ingredients, Kill Cliff seeks to do what other energy drinks don’t do, which is address recovery by fighting inflammation. With just 15 calories and 25mg of caffeine, its nutritional footprint isn’t one to sound any alarms. Green tea extract and ginseng combine with ginger to create a unique flavor that, as I mentioned earlier, so many described as “tasty.” I’d describe the experience as a crisp Cactus Cooler-like taste with a hint of ginger that really separates the taste from anything I’ve had before.

As far as the application, I am a pretty clean eating athlete and it seems to fit well with me as a fun addition to my routine. As someone who sticks to water, Americanos, and a celebratory class of wine every now and then, I can drink Kill Cliff and feel good about it. Plus, this brand supports a fun environment. From their involvement in the military, endurance, and CrossFit communities to the personable branding, you just want to hang out with these guys.

As a recovery tool, Kill Cliff can be utilized in the post-workout window. In practice, however, there’s no reason not to enjoy Kill Cliff any time of day. Plus, the recovery attributes of green tea and light glycogen reload are more lifestyle type stores anyway. Increasing their consumption in general will yield benefits. Athletes need not view Kill Cliff is a medicated dose for acute situations, but rather a healthy alternative for everyday consumption. 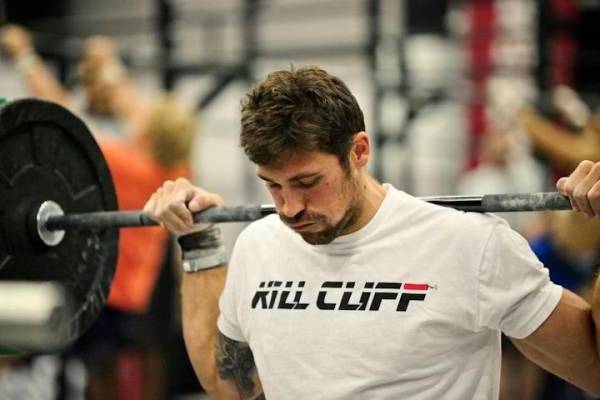 Following them on Twitter is a riot. GNC Live Well stores provide some of their distribution and they’ve got raving fans literally walking into GNC stores the morning Kill Cliff is shipped there to demand their cases before the poor employees know it’s even in the stocking room.

Just about anyone can enjoy the taste of a Kill Cliff, but if you’re an active person these guys may be right up your alley. In addition, if you’re a gym owner or other type of retailer in the athletic community Kill Cliff might make a ton of sense in your product mix as a brand with some spunk. Effort will never go out of style and Kill Cliff has that covered. I can’t help but like that.

As a catcher with the University of San Diego and the San Diego Padres, Logan saw training simply as support for his athletic endeavors. Now, however, he enjoys its more universal application in himself and others.

Logan is the founder of Functional Fitness on the Bluffs and Original Nutritionals, as well as an athlete and coach at CrossFit Los Angeles. With a background in professional baseball, Logan has committed his life after baseball to a more general application of performance. His passion for functionality and improvement, coupled with an evolutionary approach to nutrition, has become a career grounded in making people better.