The fitness world is filled with garbage. But every now and then something truly great either gets reborn, like kettlebells, or gets invented. Such is the case with the SmartFlex.

The fitness world is filled with garbage for the most part. The Shake Weight, Biggest Loser, and Ab Rollers all spring to mind. But every now and then something truly great either gets reborn, like kettlebells, or gets invented.

Such is the case with the SmartFlex.

SmartFlex is the brainchild of Philippe Til. I know Philippe through the RKC community and we did the Certified Indian Club Specialist course together under Brett Jones a few years ago. Philippe’s background as both a trainer and high-level martial artist (holding black belts in two different martial arts) has combined to make the SmartFlex into a very interesting piece of kit.

On first glance the SmartFlex appears to be a pair of sticks that can either be trained with separately, perhaps being used like Indian clubs, or can be screwed together to create a staff. But that’s not the whole story.

What makes SmartFlex really interesting is that it’s not just a stick or pair of sticks. The magic of SmartFlex is that you don’t just hold it, but twist and extend it. Each of the smaller portions is two halves connected by a spring. To open the sections you twist and pull. What this does is force some pretty cool stuff to go on at the shoulder and through the rest of the body. 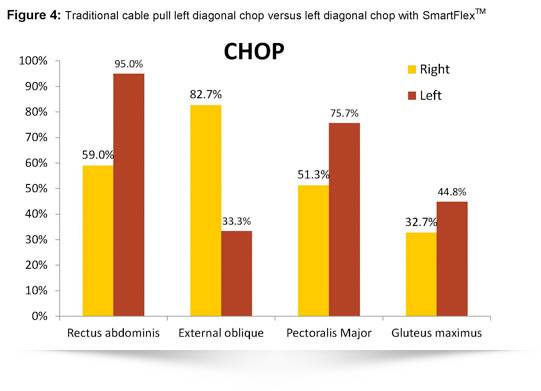 One of the things I like the most about this tool is what I can do with it to make my shoulders feel better. Anyone who spends a lot of time on their hands doing handstands, working overhead with exercises such as presses and jerks, swimming a lot, and spending time in a hunched position sitting at a desk or riding a bike will benefit a lot from this tool. And when I look at that list I am all of those things, so it’s almost as if Philippe designed the SmartFlex with me in mind. 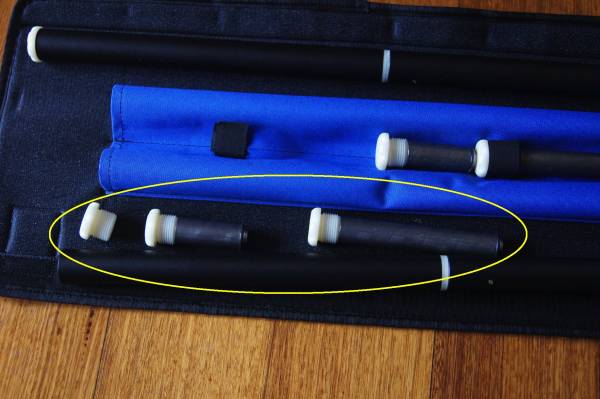 When you open the carry bag what you see is the two shorter sections and two sets of small weights (circled in yellow). These weights are half and one pound and designed to fit in the end of the device. The addition of even small weights adds a lot of extra difficulty when using the SmartFlex, especially if using it as Indian clubs. The longer club sections are heavily affected by small changes in load, as anyone who has gone from one-pound Indian clubs to two pounders will tell you.

Having seen with Indian clubs how much of the system ties back into the FMS system of Gray Cook, I was immediately interested in what could be done with the SmartFlex. Courtesy of years of martial arts and some surgery, my shoulder mobility score in the FMS is an asymmetrical 2/1, with the right side being a lot stiffer than the left. In the video below we measured my left side as a nine-inch difference and my right as twelve and a half. After the simple circuit you see in the video below we retested and I had gone to a symmetrical 2/2 and an even score of ten inches on both sides. Not bad for about two minutes of work.

The greatest benefit to me with the SmartFlex is that I can use it in between sets as active recovery and continually work my mobility during a session. I’ve found that the simple circuit shown, along with a bridge, done a few times during strength sessions keeps my body feeling supple and loose, and minimizes post workout stiffness. This also carries over to my swimming, which is always a good thing.

I’ve also tried using it to do a circuit of shoulder mobility exercises from the Gymnastic Bodies website (as found in their Handstand One series) and the SmartFlex adds a twist to them too, and enhances each one. Again, with the addition of bridging it makes a big difference in my pressing and my ability to get my body in the right position for overhead work or for handstands.

One of the things I like most about the SmartFlex is the way it forces integration while using it. Too many people focus on corrective movement training yet revert to isolated training to achieve it – band external rotations anyone? But the SmartFlex forces muscles to engage and the results are measureable with the FMS scoring system and can be gained in just a few minutes.

The only downside I can see right now, from my experiment using it just on myself, is that if you didn’t have a decent knowledge of Indian clubs or the FMS system, you’d just have a cool stick. There is a video available that takes care of that, and I understand there is more coming soon that will target specific disciplines such as golf, martial arts, and even endurance sports. The positives are that the SmartFlex is portable, easy to use, and does the exact thing it’s supposed to do (unlike many pieces of fitness equipment), and doesn’t require hours of work to gain those benefits.