Pull Up vs. Chin Up: A Comparison and Analysis

Let’s explore the chin up in depth and how it activates our muscles, as well as how it differs from the pull up.

Chin ups are not really pull-ups. Well, according to some Internet debates, that’s the case, but I contend that chin ups are in fact pull-ups.

I suggest that pull-ups is an umbrella category, and there are several different variations within that category including the overhand grip (traditionally called the pull up), reverse grip (the chin-up), and opposing grip. In this article, we will explore the chin up in-depth and how it activates our muscles, as well as how it differs from the pull-up.

Note: Throughout this article, when I say pull-ups, I am speaking about strict pull-ups.

Left: chin up; Right: pull up.

What Exactly Is a Pull-Up?

A pull-up is a multi-joint upper body exercise. The pull-up can increase shoulder girdle stability, upper body muscular pulling strength, and performance of activities requiring high levels of relative strength. The pull-up and its variations can be progressed, regressed, and performed throughout a training year.

During the ascending phase (the pull portion) all the muscles work together, acting concentrically. During the descending phase the muscles act, you guessed it, eccentrically. The pull-up is a closed kinetic chain upper body exercise that promotes stability in the shoulder joint and multiple contractions, which can be transferred to different movements like rope climbing, swimming, and even fighting.

A closed kinetic chain exercise is one where the terminal joint is met with considerable resistance that prohibits or restrains free motion or the distal joint segment is immobile. In layman’s terms, the hands or feet involved in the body part you are exercising is connected to something solid, like the ground or a bar. Other examples of closed kinetic chain include the back squat and push-up. 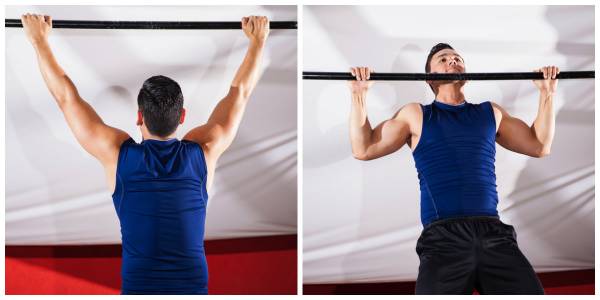 Pull up, back and front.

What Does a Chin Up Activate Versus an Overhand Pull Up?

A study published by the Journal of Strength and Conditioning Research aimed to compare the conventional pull up and chin up with a rotational exercise using the perfect pull up twisting handles. 21 men (24.0 ± 2.4 years) and four women (23.5 ± 1 years) volunteered to participate in the study.

Electromyographic (EMG) signals were collected by the researchers. The EMG signals were normalized to peak activity (peak muscle activation) using a maximum voluntary isometric contraction (MVIC). The process of normalizing using MVIC is a manual test usually used to produce a maximum contraction of the muscle in question.

In this trial, three tests were used in order to find the contractile values (the average). The trial was expressed as a percentage of overall muscle contraction. Average EMG muscle contraction values were as follows for each individual muscle:

A general pattern of sequential activation occurred, suggesting that pull ups and chin ups were initiated by the lower trapezius and pectoralis major and completed with biceps brachii and latissimus doris recruitment. Even though the pattern is the same for pull up and chin up, the activation is at different intensities.

A common misconception about the chin up is that it does not recruit the same muscles as the pull up, namely, the latissimus dorsi. But the research showed that in both the chin up and pull up, motor recruitment patterns for the muscle groups were generally the same. The chin up has more contraction in the biceps brachii and pectoralis major, but initial static stability and ascension is the same. 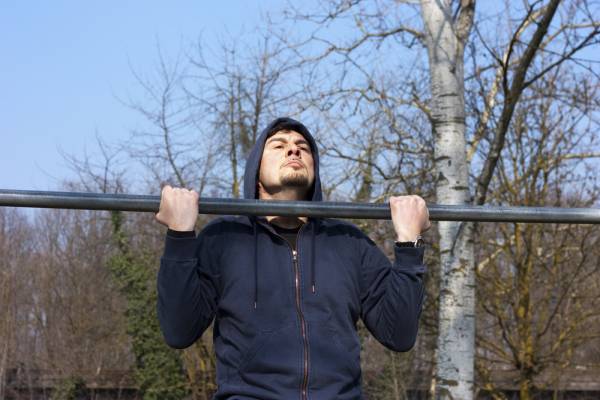 The Role of the Shoulder, the Elbow, and Velocity

Let’s talk about shoulders and elbows. Gathering data from the University of Michigan, we are able to see where the chin up and pull up differ anatomically and why certain muscles are recruited more than others.

But just because something has more range of motion doesn’t necessarily mean it’s better. Greater range of motion can mean different muscle activation in the movement, especially for the closed kinetic chain movement like pull up variations. 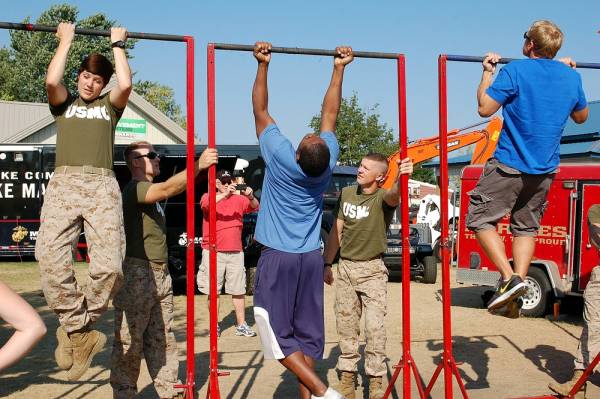 The Chin Up and Sports

Chin ups are important to baseball pitchers for the acceleration phase of throwing as well as tennis players in the acceleration phase of the tennis forehand. If you CrossFit, the strict muscle up uses the chin up to help with the initial pull because the biceps brachii are in full activation. When it comes to chin-ups and overhand pull-ups, the same muscles are activated but at different strengths, so it’s about how the exercise will benefit the progressive movement or sport you are working towards.

Take Away on the Chin Up

At the end of the day, a pull up is a pull up, if you do reverse grip (the chin up), opposing grip, or overhand grip. To say one is not a pull up is not thinking with an open mind. Many people use several grip styles to get better at different movements. Chin up or overhand pull up? It’s important to know how to do both, and not just do them, but do them well.