Pushing the Envelope: How Each Generation Builds the BJJ Evolution

The Pan Jiu Jitsu Championship is going strong. I see blue belts doing things I could never do as a blue belt. Seeing these competitors makes me think on what drives the evolution of the sport.

Last summer, I went to my college reunion and waxed nostalgic with a bunch of old friends about a significant time in my young adulthood. Many of the attendees have families of their own now, and so the talk of course turned to whether the next generation would attend our alma mater. One of my friends works in admissions at a private high school, and her contribution to the conversation was a description of what it takes to get accepted to our particular college these days.

Let’s just say that each of us kind of cringed when we heard about some of the things current college-bound kids are up to. The standardized test scores. The civic and service accomplishments. Not to mention the grades, the sports teams, the after-school activities, and the like. I wouldn’t even be surprised if a few kids applying to our alma mater somehow find time to become elected presidents of small countries. We all determined there was no way what we had done to get into our own college would land us there now.

Similarly, I hear retired university and college faculty talk sometimes about what it took for them to earn tenure back in the day compared to what is required now, and the older generation has a similar perspective: Successful tenure petitions from a generation ago would probably not fly in the current environment. Academics who want to make it in the current academic climate are holding themselves – or being held – to a more competitive standard.

I do have a point that relates to BJJ. Namely, by the time this story runs, it will be the second day of the Pan Jiu Jitsu Championship in Irvine, California. This is one of the main bragging rights tournaments in Brazilian jiu jitsu, at which lots of big names and up-and-comers are always sure to participate and put on a show worth watching. When I attended this tournament last year, I overheard snippets of conversation while watching some of the lower belt divisions, which are prelude to the big show put on by the black belt men and women toward the end of the weekend.

A common theme I heard among people who have been around the grappling world for quite some time was encapsulated in one comment a man sitting behind me made while two male blue belts were having at it: “Dude. I couldn’t do that stuff as a blue belt. I don’t know if I could do that as a purple or brown belt.” In other words, the movements and transitions these two blue belts were executing in their match were far beyond what this guy had been required to execute back in his day. And as I mentioned, this guy was not the only one by a long shot. 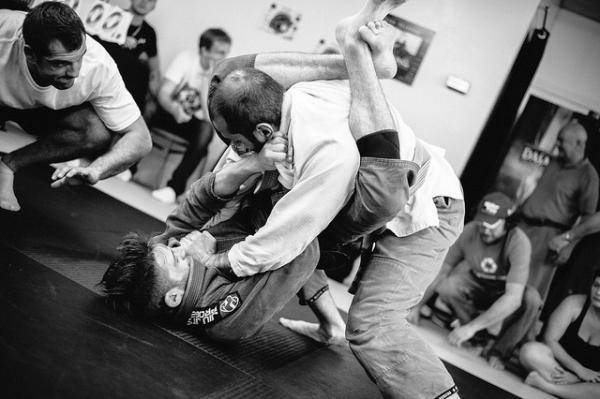 Further, you can see on YouTube and in athlete blogs that current competitors treat competition as a profession. They compete on a regular and frequent basis, they have incorporated strength and conditioning into their regular workouts, and some even hire sports psychologists, nutritionists, personal trainers, and body workers. Probably gone are the days when grapplers used to decide at the last minute to “jump into” a competition – and sometimes did well. Probably also gone are the days when the practices like the ones described above were optional extras rather than being de rigueur like they seem to be for the current crop of athletes.

What does this mean? Well, for me personally, it means it is time, yet again, to put my ego away and remember that a strip of fabric doesn’t confer magic powers. The gains individual practitioners are making in BJJ means that by the time some of the ladies currently rising through the ranks get to black belt, they will be far better at BJJ than I am. Heck, I’m sure many of them are able to dismantle my game now, whether they’re at black belt or not. And I can look at this in one of two ways. I can either decide to be threatened by it, or I can be proud that I am in some small way a part of something bigger and better than myself, something that is becoming even bigger and better by the year.

Of course I choose to do the latter, usually, both because it’s an exercise in ego control and, more importantly, because I love BJJ for itself, not just for how well I’m able to execute it. (As one of my former students is fond of saying, it’s the art.) And the fact that it is growing, developing, and becoming ever more sophisticated and conceptual makes me happy as a grappler and also appeals to the academic in me. 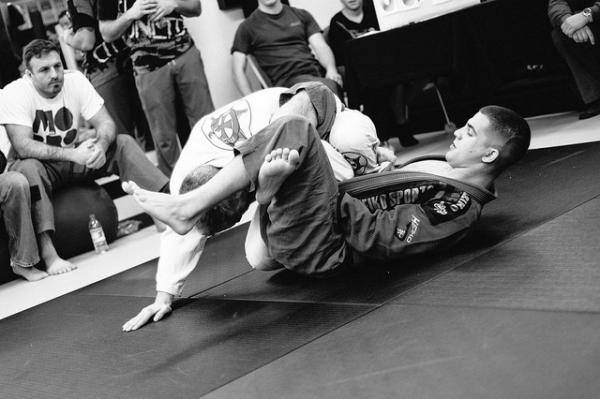 So if you are at the Pan this weekend, watch without prejudice. See if you can spot any patterns or trends in the tournament action that take your breath away. And whether or not you are at the tournament, stop and think about what you can do to support the people who are coming up the ranks, how you can best help your teammates and friends of the up and coming generation position themselves to surpass you someday. Because if you care about the development of grappling in general, you understand that that’s the only way it can happen.

And to those of you who are pushing the envelope of grappling, whether at the Pan or otherwise, keep doing what you’re doing; all of us who love the art owe you a debt of gratitude. And we wish you luck.