Ready to Ruck: How to Get Started and What to Buy

Whether you’re training for a rucking event or just want to improve fitness, there are few things you need to know before you get started.

I’m a big fan of running for a variety of reasons. But I also recognize that running is off the table for some due to joint issues. For those who aren’t restricted to non-weight bearing activity, the next best choice is to walk.

In simple terms, the more upright and weight bearing you are, the more effective the form of exercise will be. But we need to distinguish between walking for health and walking for fitness. The former just requires you to get out and move for a while – the walking equivalent of tai chi. The latter means you may want to strap a load to your back and buy a pair of decent boots.

Over the last few years I’ve noticed a big swing toward people being involved in more things outside the gym. One of the best ways to be active outside is hiking. The problem with hiking is that many don’t live in an environment where there’s much to see other than concrete and 7-Elevens.

One of the companies leading the push for people to get off the couch is GORUCK. Originally a company that made high-end rucks, they started organizing events such as the GORUCK Challenge to get people moving. The Challenge comes in three levels:

All versions are a love-fest that will see you and a group of new friends strain, struggle, sweat, and ultimately overcome many hurdles both physical and psychological.

But given you’re expected to carry anywhere from twenty to thirty pounds in a ruck, how do you get ready for an event like this? Or, even if you’re not doing one of these events, how can you use rucking to improve fitness and what do you need to get started?

I have quite a few packs. After my running shoe and board short addiction, this would have to be my biggest vice. None of my packs are extremely big, as I don’t use them for expeditions or mountaineering. And that’s the biggest difference right there – we’re not after the kind of pack you’d use to summit Everest. We want a pack that can hold thirty to sixty pounds, yet isn’t so big it would stop you from being able to run if you wanted to.

You’re looking for a ruck that is made of sturdy canvas and double stitched. Probably the two most common rucks I see people using are the GORUCK GR1 and the 5.11 Rush 24. Both are awesome and built tough. My GR1 is my favorite pack I’ve ever owned – simple, tough as nails, and not cluttered with tons of external pouches. 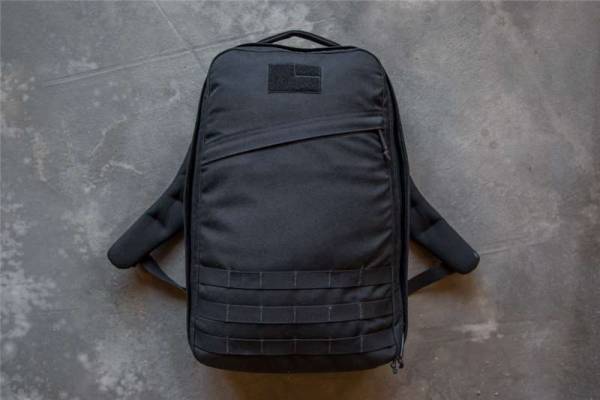 If you’re rucking for fitness, you don’t need a fancy military-type pack. Packs like the Rush 24, with multiple pouches on the outside, are designed for military to be able to get to ammo and water quickly without ever needing to open up their pack. So, unless you’re in a firefight, this won’t be too important to you.

“Buy a pack that is made of canvas and has thick shoulder straps, a chest harness to even out the weight distribution, and a gut strap (if you plan to be running at all).”

Buy a pack that is made of canvas and has thick shoulder straps, a chest harness to even out the weight distribution, and a gut strap (if you plan to be running at all). Beyond that, the only other thing I would definitely look for is an internal pouch to slide a water bladder into. Everything else is unnecessary bells and whistles.

Like with the pack, you don’t need to go nuts and buy a military-type boot. Hell, even most military guys avoid them if they can. Civilian hiking and trekking boots tend to be far more comfortable and better wearing, which becomes especially important if you do plan on running in them at all.

My top choice for a boot is the Salomon XA Pro Mod GTX. The only drawback with this running shoe-like boot is that because it’s 100% waterproof it gets very hot. I had a local shoe shop drill some holes in mine to help keep my feet cool.

If you do decide to go for a military-type boot, I’ve used the 5.11 Recon Urban Boot and Nike Special Field Boot and both are not bad. They’re not even close to the Salomon for comfort or ease of use for running, but they’re not bad and already have holes in them for drainage. This makes them great in hot weather, but not so great in cold weather.

“No matter what pair of boots you buy, you will need to make sure they fit right. A small amount of rubbing in one spot could lead to massive painful blisters over a few hours of rucking when amplified by the extra load on your feet from the pack.”

There is another option from a new player on the block – LALO Tactical. Their Shadow Amphibian and Shadow Intruder boots may be the new standard for both military and civilian boots, but their cost and availability may be barriers to seeing them adopted more widely.

No matter what pair of boots you buy, you will need to make sure they fit right. A small amount of rubbing in one spot could lead to massive painful blisters over a few hours of rucking when amplified by the extra load on your feet from the pack. Don’t be surprised if you need to buy multiple pairs before you find the ones that fit right. 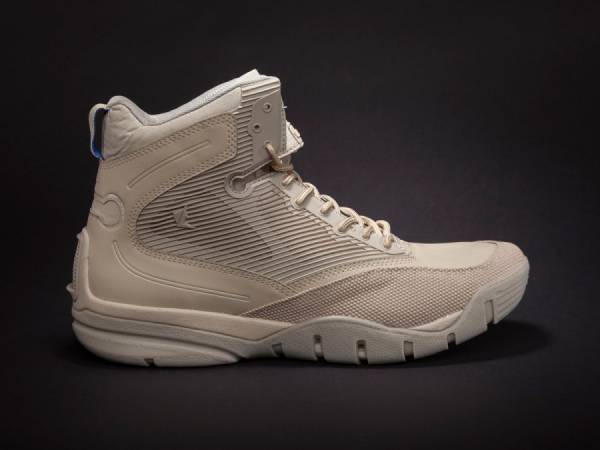 If you want to get good at something, then you’re better off doing a little daily, right? I find a short thirty to sixty minute ruck is easy enough on the body that I can do it most days, but it doesn’t lead to the massive stiffness usually seen from carrying heavy loads. That leaves the weekend free to do a longer, more strenuous effort just like you’d have a long run or ride on the weekend if you were training for any other endurance event.

A decent alternative for many is to run on weekdays and ruck once per week only. However, if you’re not experienced with rucking, I’d suggest that a little more often is better than a big dose once per week. It takes a long time for the body to adapt and get used to hauling a big lump on your back. Because the exercise is walking based, I would start with a heart rate based on the 180-minus-your-age formula as a maximum. Eventually, you’ll be able to move surprisingly quickly if you take the time to get used to it at the start.

“Just like with running, don’t try to add more than 10% load or distance each week. A good rule of thumb is to be able to move at 4mph for extended periods.”

The best advice I can offer is to start light – using as little as ten pounds – and work your way up. Just like with running, don’t try to add more than 10% load or distance each week. A good rule of thumb is to be able to move at 4mph for extended periods. For some benchmarks, try a 5km ruck with 20kg (44lb) in less than 40 minutes or a 10km in less than 85 minutes. As a final test of fitness try 20 miles(30km) in less than five hours.

And take time after every session to stretch out, particularly the back and shoulders, as you will stiffen up quickly otherwise.

The fitness gained from loaded walking transfers to many other activities and is low stress to the body if done right. If you keep your heart rate low, it won’t take anything away from your strength training either.