Running: The Exercise Equivalent of Vegetables

As a good parent, do you let a kid off eating his vegetables, which you know are good for him, or do you make him eat the green stuff?

Over the last few years as I’ve gotten more and more involved with endurance training and racing, I have heard on single sentence more than any other: “I hate running.”

It always makes me think two things. First, why do you hate running? Because in the case of many who say this sentence to me, it’s pretty clear they actually like most exercise, so why is running singled out as the worst and most despised when these people will do all manner of horrible things to themselves?

Second, have they considered that much of their dislike is from not being good at it? Usually people shy away from things they’re no good at, which always leaves me wondering how they expect to get any better. How do you get better at something by not doing it?

Time to Eat Your Vegetables

Before you jump all over me, let’s imagine the part of you that dislikes running as a naughty six-year old who won’t eat his vegetables. As a good parent, do you let the kid off eating the vegetables, which you know are good for him, or do you get strict and make him eat the green stuff? I am a big people watcher and I’ve never been to a restaurant and seen an adult not eat his or her vegetables. Given that at some point we all disliked vegetables, yet eat them now, doesn’t it seem like what we really need in regards to running is simply to get used to the exercise equivalent of eating our vegetables?

But, recognizing that getting kids to like vegetables isn’t easy, here are some running workouts that are actually engaging to do, far more so than what most people do for a run. Because what most people do, even if they choose to do sprints, is to run at the same speed over a set distance. Boring. Even more so if you are on a brain-killing, flat, straight surface. Done differently, running offers you a great chance to get outside, soak up some vitamin D, and actually become part of the world again after shutting yourself inside at your desk or in the gym.

About an hour away from me is a national park. While running on the trails there I have seen wallabies, snakes, all manner of wild birds, a koala, and even an echidna (rare to see in the wild). Coming home from a run out there is like a day at the zoo filled with endorphins.

Additionally, running on a varied surface is far more interesting and forces you to continually change your stride. This leads to less muscle soreness, as well as heightened engagement with what you’re doing. There’s no way to switch off on a trail run unless you like the idea of severely injuring yourself with no one around to help out.

And that’s the other great thing about running out there – it’s quiet enough to hear yourself think. I can’t count the number of times I’ve gone for a run out in this park with something troubling me, only to get back to my car and realize that the answer had come to me while running. There’s something about taking in a lot of oxygen while engaging in a repetitive task that seems to help answer questions you may not be able to solve otherwise. 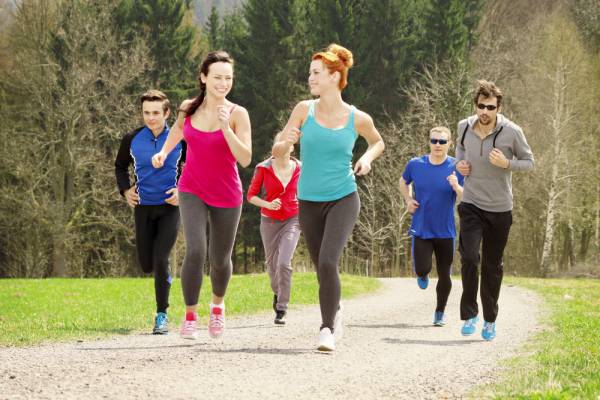 Running With a Group

While I am pro-running, I am also a big fan of honesty. Running is hard. I mean, like the hardest thing in the world. You’re going to slam bits of your body into the ground with a force equal to three times your bodyweight, and do that over a thousand times per kilometer for as long as you run. For a marathon, that could be 60,000 foot stomps. Then, if you’re actually running and not jogging, you’re in that horrible middle ground between breathing comfortably and feeling like you’re never going to get enough oxygen and die. And all the while with the foot smashing thing. Running fast for distance is as much an exercise in pain tolerance and self-discipline as it is about physiology.

So, run with some other people. You’ve likely got a group of friends you get excited to train with in the gym, so why not get a group of friends who make you excited to get out of the gym, too? An ex of mine used to hate getting up early, but she loved the group she ran with. She loved the joking, the camaraderie, and the education – and she even came to love the suffering that came with fast running.

When you do strength sessions you warm up, then typically do a few build up sets before arriving at your main work sets. So how come when most people go for a run they head out the door or hop on a treadmill and just run at the same speed? Where’s the work?

A far better idea is to spend ten to fifteen minutes warming up gradually, including some time spent doing “strides,” which are short bursts of higher speed running to open up the lungs and get the legs used to moving faster. I like ten seconds of faster pace followed by fifty seconds of easy, repeated a few times.

Once my body is prepared I can then move onto a moderate effort. I like the term “steady.” Steady is a pace I can sustain with effort for a long time, but is just slightly into my uncomfortable zone.

I’ll then move into my “hard” effort in the last third of the run. On a longer two hour run this could be as much as thirty minutes of running well into my uncomfortable zone. Hard work for sure, but gets the body used to running fast when you’re tired, plus takes enormous concentration to maintain when fatigued.

Finally I’ll return to my easy warm-up pace to let my body gradually wind down after the hard effort. One of the best bits about this kind of workout is how easy it feels to return to your warm-up pace after an extended session of hard running. That kind of thing builds efficiency as well as an ability to tolerate the pain of hard running, which will help you run faster later. 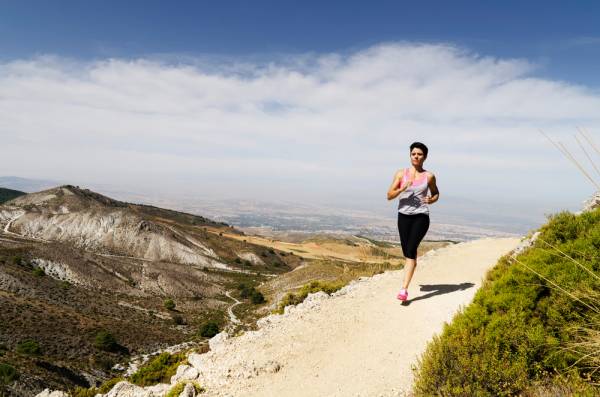 Running, like anything else to do with working out, is all about consistency. It’s hard to get better at running if you never do it. I estimate that for most lifelong running-averse adults that it takes about a year to actually get into running. So don’t go running for a week and then become discouraged you’re not a world champion or running killer times. Just like with everything else, becoming good at running is going to take some serious effort on your behalf.

One final piece of advice – ditch the iPod. You can survive for a few minutes without the need for an electrical umbilical cord. Trust me. And when you factor in all the things you need to be focused on like arm position, foot placement, how quickly your foot is coming off the ground, body alignment, breathing, and pace, you will have more than enough to concentrate on anyway.

And who knows, you just may find that running is an excellent time to have a bit of quiet time to yourself.