5 Running Tips for the Non-Runner (From a Non-Runner)

As a reformed running-hater turned running-lover, these are my top five tips to improve your running, both in the physical sense of being better at it and in the mental sense of enjoying it.

Running was the last element of fitness I learned to enjoy. I had done it for years, but I had never liked it. It was simply part of being a martial artist, and then a CrossFit athlete. I endured running and tried not to completely suck at it.

Running was the last element of fitness I learned to enjoy. I had done it for years, but I had never liked it. It was simply part of being a martial artist, and then a CrossFit athlete. I endured running and tried not to completely suck at it.

It wasn’t until I was preparing for an indoor rowing competition that I came face to face with my thoughts and feelings about running. Ironically, I had gotten into rowing because I originally hated it and thought I should get over that. Little did I know rowing would also prove to be the vehicle for a running-related breakthrough.

A few years ago I signed up to compete in a 2000m indoor rowing competition. I was at the edge of a weight class, so I decided to cut some pounds and row as a light weight.

I soon discovered that nutrition and CrossFit alone weren’t going to be enough to cut the weight, and a human being can only spend so many hours a day on the ergometer before going insane.

So, I committed myself to running a fasted 5K three to five times per week, first thing in the morning. It worked – I started dropping weight daily after starting this regimen.

Strangely enough, I started to enjoy running more with each run. It helped that I was getting lighter, of course, as that also meant I was faster, and consequently that made the whole thing more fun. It also was the first time I committed that much time to running and therefore spent time practicing the technique and being with my own running.

And, for the first time I experienced that “runner’s high.” Previously, I thought people were insane for claiming such a thing existed, but I found myself enjoying the feeling of speeding along (although, truly, I wasn’t speeding, but I let myself have the freedom to feel like I was).

So here’s what I say, as a reformed running-hater turned running-lover. These are my top five tips to improve your running, both in the physical sense of being better at it and in the mental sense of enjoying it:

I know I’m going to lose a bunch of you right off the bat with this one, but please don’t listen to music while you run. If you’re thinking, “But I get so bored,” then consider this – if you need music to run as far as you’re trying to run, then you’re trying to run too far.

My contention is that if you hate running that much, so much that you are in denial of every step of the activity, then you probably aren’t very good at the activity and therefore shouldn’t be running very far. 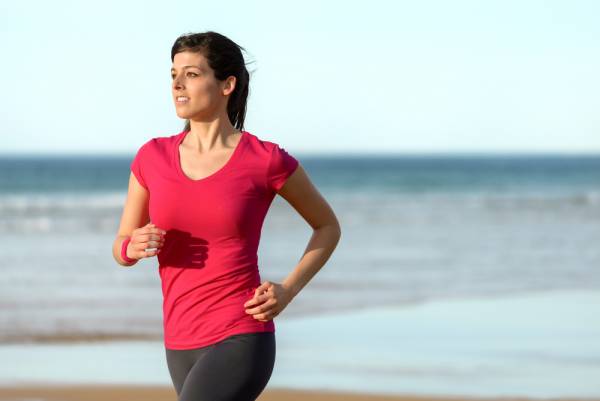 You can do none of these things with headphones on and music blaring through your brain cells. So, how about this rule – only run as far as you can without getting bored.

If you can only run a half mile without getting bored, then run a half mile and then walk for a while and run another half mile. I do something like this one day every week. I run .65 mile intervals and walk .1 miles four or five times in a row.

2. Look for Tension in the Body

Years ago I took a running seminar from endurance coach and multi-sport expert Michael Collins. He taught us Pose method and then had us run up and down the street a short distance while he caught us on video. He then played each person’s video back so we could analyze it together.

He complimented me on the way I was holding my hands and the lack of tension in them. (I should also mention here that Michael practiced what he called “finding the moments of brilliance” amongst otherwise utterly unnoteworthy performances in order to encourage students.)

When I run I do a mental inventory of my body looking for points of tension and releasing them when I find them. (And, of course, this is far easier to do without the presence of music.) I do it on every interval I run and every so often when I run longer, slower distances as well. Here’s what I check for:

Relax your shoulders: Your shoulders should not be up in your ears. If you’re like me and have a martial arts background, this one isn’t easy. As my mentor Andy Petranek used to joke, I spent the first few years of my CrossFit training running like I was going to punch anyone who came near me.

Slide your shoulder blades back and down. It will give your lungs more room and stop you from wasting energy on muscles that aren’t helping you move forward.

Relax your hands: Your thumb should rest on the first knuckle of your forefinger, like you’re gently holding the wing of a butterfly, preventing it from escaping – but not ripping it’s wings off.

Loosen your thumbs. Don’t mash them into your fingers, but don’t flex your thumb and fingers into crazy claw hands either. Just gently hold the butterfly wings. 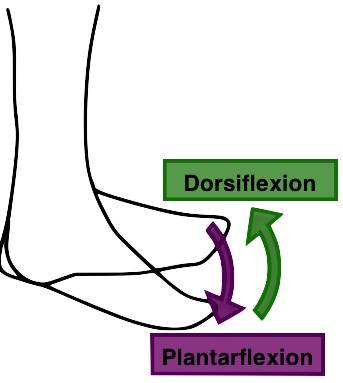 Relax your feet: Your feet should dangle from your ankles when you’re running. You don’t need to actively go into dorsiflexion or plantarflexion (pulling toes back or pointing toes). I promise you that your foot knows where to go. I’ve never seen anyone relax their feet and then suddenly wipe out. On the other hand, repeated dorsiflexion can lead to shin splints and too much focus on plantarflexion can lead to Achilles and calf issues.

Do your feet feel loose and free? If you froze in the middle of a step and someone smacked the top of your foot, it should be loose enough that it would jiggle back and forth from the impact. (I might have been smacked on the feet by a few running coaches in my time, so trust me on this one.)

3. The Only Tension Should Be in Your Core

While we just spent all that time looking for tension in our body so we could be rid of it, now we’re going to do the opposite. While running it’s important you periodically make note of whether you have tension in your core.

Personally, if I forget this rule, it’s not for long. When I relax my core, then the next step I take typically sends pain through my lower back and sacral region. Keeping your spine neutral and your stomach tight will also help your overall posture and breathing.

4. Roll Your Calves and IT Bands

If you’re a non-runner, then no matter how present you are to your technique, you’re not going to be perfect at it. On top of that, running is a highly repetitive sport and any repetitive activity sets us up for injury and degradation in our movement patterns.

Therefore it is important to make a practice of foam rolling your lower body, in particular your calves and IT bands, after every running session. Take care of yourself before problems start. Prevent injury and maximize your recovery by rolling out after every run.

5. Breathe Deeply and Enjoy the Moment

If you spend all your time thinking, “I hate this thing I’m doing,” then it’s really hard not to hate the thing you’re doing. But how often do you get a chance to not think about things too much? How often do you get to just focus on your breathing, your movement, and where you are right now?

So, that’s my advice to you, the non-runner, as a non-runner myself, who just happens to still run a couple times every week. I am not built to run, by any means. I am built to move heavy stuff around and do intense things for about five to seven minutes at a time.

But I don’t hate running anymore, and I don’t avoid it like I used to. I appreciate it for the unique activity that it is and for the freedom of mind and body that it provides. And sometimes, I even crave it a little bit.

Dorsi/plantar flexion by Osteomyoamare (Own work) [CC-BY-3.0], via Wikimedia Commons.