Disclaimer: I am not now, nor will I ever be in the same league as the Charlie Hebdo cartoonists who were killed last week in Paris. I do not proclaim to be. That said, I am in the business of expression and, as such, I have some thoughts about the freedom of same.

There was a standing joke at my CrossFit gym as I prepared for the 2014 CrossFit Games that I should probably be training to wear a bulletproof vest in Carson, that if I so much as saw the “red dot” anywhere on me that the hit was about to go down.

This, of course, was levity surrounding the idea that I am often critical of CrossFit HQ. And because they can’t stand any sort of criticism, I was in imminent danger of being taken out. All fun and games.

Opposing Reponses to My Writing

My fairly brief career as a writer has been peppered with two opposing responses:

“I tend to ruffle feathers community wide, and often in my own backyard, as well.”

One of the things I have found through writing for Breaking Muscle is that I have something to say, and I am blessed with a platform on which to say it. It is something I do not take lightly at all. Sometimes, I will write and rewrite an article several times over the span of days to make sure I am saying exactly what I want to say and in the manner I want to express it. 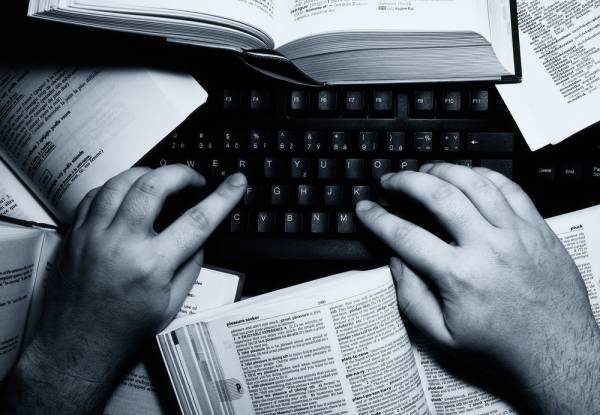 And sometimes, as we all know, it’s not popular. Whether it’s The CrossFit Games Open is Broken parts one through four, Dear CrossFit: Talayna Deserves Better, or the ever-popular The Sumo Deadlift High Pull is Stupid,  I tend to ruffle feathers community wide, and often in my own backyard, as well. I have been “Russified” and trolled more times than I care to count. I have been asked, by people close to me, why I write and whether it’s worth it to continue incurring the wrath of The Russells™ and others. Wouldn’t it be easier, some have asked, to just chill the f*** out and stop making waves?

Easier? Sure. It would be much easier to stop expressing an opinion. To fold my cards and push away from the table. To, as so many people have suggested, “Just shut up and lift.” But I wont. I can’t.

“I am, in my humble opinion, an advocate. Call me a QA analyst, a gadfly, a critic, or however you wish to define what I do.”

It’s not because I get a rise out of criticizing. I am not in the click-bait game, as many have suggested. I have no idea how many people click on my pieces nor do I benefit from more pageviews. I am, in my humble opinion, an advocate. Call me a QA analyst, a gadfly, a critic, or however you wish to define what I do.

Political cartoonists like the ones who wrote for Charlie Hebdo don’t sit back and wonder whether a particular cartoon will sell. They draw, write, or express something that has struck them on a given occasion. Absurdities that need to be pointed out about the world around them.

It’s those very absurdities in CrossFit about which I tend to write, like competitions gone crazy, the inequities of arbitrary tests that render the definition of “fittest” somewhat out of whack, or a company that seems sometimes bent on misogyny.

Columnist David Brooks wrote a fantastic piece in the New York Times called I Am Not Charlie Hebdo. He lays out a great argument for the hypocritical means by which we apply the right to free speech. We are supportive of criticism of “those guys,” but not at all tolerant of criticism of “us.” The Charlie Hebdo cartoonists, he posits, are now martyrs, but if a university professor criticizes the NRA in a tweet, he is fired. Criticism is all well and good – until it’s us being criticized. Then, off with his head. Sometimes literally.

Which brings us back to me, doing box jumps on a track at the Stub-Hub center, wearing a bulletproof vest. The mere fact that joke even exists is because it has been clear from early on that CFHQ abhors criticism and the road is littered with bodies who have deigned to deliver that criticism.

As for me, the more you tell me to shut the f*** up, the more likely I am to speak out.