The growth of our sport has exploded exponentially. In 2011 when the concept of the CrossFit Games Open was first introduced, approximately 26,000 people signed up to participate. The following year, that number nearly tripled, and in 2013, almost 140,000 people participated in the Open. In 2014, those numbers will likely exceed 200,000 people.

Over the next four weeks, my articles will take an honest look at the CrossFit Open. How it works, how it doesn’t work, and ultimately, some suggestions as to how it can be fixed.

The Open, as we now know it, began in 2011. The explosive growth of CrossFit saw the Games go from 2007 where literally anyone who wanted to compete in the CrossFit Games could simply sign up and compete, (much like any weekend box throwdown you may participate in now) to 2011, where an online qualifier allowed sixty individuals and thirty teams to advance to their respective regional competitions. (And twenty Masters in each bracket went straight to the Games.)

Why Is There a Problem?

There is a problem, essentially, because the CrossFit Open doesn’t know what it wants to be. It wants to be the first qualifying step in finding the fittest on earth, but it also wants to be a world-wide community play date, where anyone and everyone, from Rich Froning to your 80-year-old grandfather can participate.

It’s the latter, that all-inclusive worldwide funfest that has forced the Open workouts into a lowest-common-denominator corner. This necessarily compels CrossFit to serve up a limited pool of movements requiring a low skill level to make significant strides. The immense size and scope of the Open leads to judging accuracy issues, and there are multiple additional issues that I will discuss in the coming weeks, such as video standards, leaderboard shenanigans, do-overs, and a little something I like to call “inbreeding.”

I love the sport. Those of you who know me and those who regularly read my entries know that while I do love CrossFit and the Sport of Fitness, I am not shy about speaking out in a constructively critical way. I have always refused to tell the emperor that I like his new clothes when he is, in fact, naked. So I am comfortable speaking out for the purpose of making the sport better. This sometimes gets me into trouble, and may well do so here. 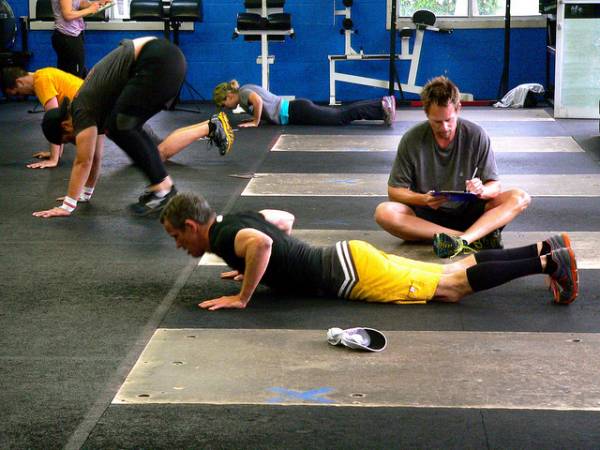 Ultimately, this is a problem of perception. In any competition, the slightest perception that there is something afoul will potentially spoil the batter. Any hint, even the tiniest whiff of favoritism will damage the credibility of the sport. Most sports are in a stage of constant adaptation in order to make sure that its championship teams have risen to the title under the most level of playing fields. As such, I am writing this in order to start a dialogue with CrossFit and CrossFit devotees everywhere in order to ensure a playing field even for all and change any perceptions that something may not be working.

The Open is a qualifying round for the CrossFit Games. Why does it double as an all-skate? So many of the issues that will be discussed in this series stem from this very thing – that there is no minimum skill requirement in order to participate.

But shouldn’t there be? This isn’t CrossFit for Hope – this is the CrossFit Games. If you want to have a true competition, then declare a minimum set of standards that every serious competitor needs to be able to perform and post it. Any weekend box throwdown does this – you must be proficient at muscle ups, double unders, you must be able to clean 145/225#, be proficient at rope climbs, chest to bar pull-ups, etc.

Sure, it’s really fun to be a part of the collective, but there is a simple solution here – allow a declaration upon signing up – participant or competitor. If you declare competitor then you will be expected to perform the workouts as prescribed. If you are just a participant then you can participate in any way you want, scale as you see fit. But once you check participant, your scores will not be valid, only shown for comparison purposes and fun

What Does This Accomplish? 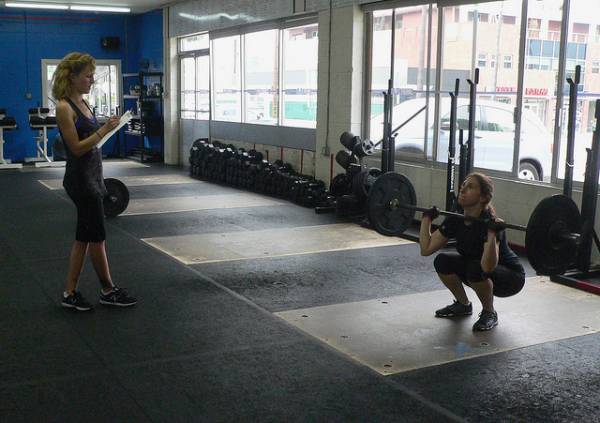 Many things. It allows a lot of people to do exactly what they are doing now – participate. They simply scale as needed and can still be a part of Game Day at the box. HQ still gets their twenty bucks from these folks. People can still compare their scores to the rest of the world, only with the caveat that it’s strictly for fun.

For HQ, it allows them to serve up some real workouts, and not the one-size fits all cardio-heavy repeats. It will allow them to move away from the five or six workouts that they have been programming in the Open for the past two years and demand something tougher and much more games-like.

For competitors, it will assure those on the bubble that they will not be standing at the fence at Regionals as a spectator, watching someone attempt, and repeatedly fail, at muscle ups or handstand pushups. It will effectively weed out cardio jockeys who really have no business at regionals.

This is a win-win for CFHQ. They can continue to grow the Open while effectively shrinking it. It becomes much more manageable from a competition standpoint while still maintaining its profitability as a moneymaking behemoth.

Next Week: Inbreeding (intrigued?), friends judging friends, and how to make a better Open workout.