Take Your Cod Liver Oil: Supplement Advice For Athletes From the Weston A. Price Foundation

Sally Fallon Morell discusses some of the common supplements taken by athletes and why they might not be the best options.

Last week I discussed the Weston A. Price Foundation approach to nutrition and how it might apply to athletes. This week, we’re delving deeper into an issue every athlete is familiar with: supplements. The supplement industry is booming, and there’s a lot of conflicting information out there about the best supplements to take for health and performance.

As expected, when I asked Sally Fallon Morell her opinion on some of the common supplements that are used to improve athletic performance, her answers weren’t your typical gym fare. For example, we discussed one of the most common supplements taken for athletic purposes – protein powder. As I mentioned in last week’s article, Sally has reservations about a high protein diet in general, and this extends to the realm of protein powders. Said Sally:

We’ve been the number one voice warning people about protein powders. They’re very dangerous, and they’re very dangerous for athletes. The main reason they’re dangerous is you can end up getting far too much protein. The actual amount of protein in a traditional diet – even a diet like the Eskimo diet that’s based on animal foods exclusively – is about twenty percent of calories. The rest is fat.

With protein powders you can get up to thirty or forty percent of your calories as protein. This does not occur in real life. The main danger of all this protein is that it depletes the vitamin A that you would be getting from the fats and also from the organ meat. People who lived almost exclusively on animal foods mostly ate organ meats and lots and lots of vitamin A. They knew that if they had too much protein they would get something called rabbit hunger, which is really what happens when you’re totally depleted of vitamin A. You get lethargy, diarrhea, digestive problems, and eventually death.

The other thing is, when you’re doing a lot of physical exercise, that also depletes vitamin A. The combination of very high protein and lots of exercise is like a recipe for depletion of vitamin A, and this is why athletes burn out. They actually end up with the equivalent of rabbit hunger.

So what’s the big deal about vitamin A, anyway? I was aware before my interview with Sally that vitamin A was a key nutrient in the Weston A. Price approach, but didn’t realize its relation to athletic performance. Said Sally: 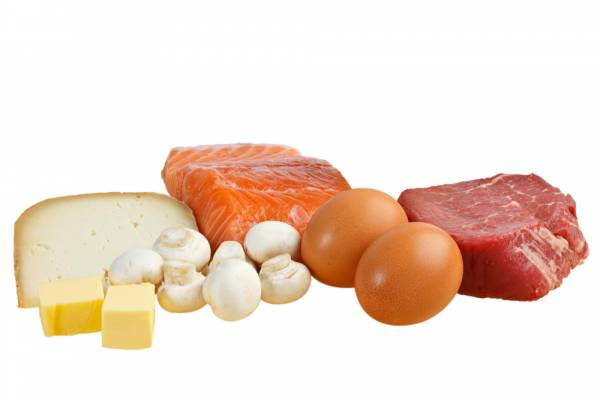 Vitamin A also has plays another critical role: it works with vitamin D. Although vitamin D has become more popular as a supplement for athletes, rarely do you hear about its relation to vitamin A. Sally discussed the importance of a healthy balance of vitamin A and vitamin D during our interview. “Vitamin D has come up in value in the world, but people are taking lots of vitamin D without vitamin A. The really critical thing you need to know about vitamin D is that it needs to be in balance. You need to have about eight to ten times more vitamin A than vitamin D. If you get tons of vitamin A without the vitamin D, you get a vitamin A deficiency. If you’re taking a lot of vitamin D – which a lot of athletes are – and not getting vitamin A, you get a vitamin A deficiency problem, which is the burnout, the lethargy, and the rabbit hunger.”

So how do you get vitamin A? Cod liver oil. Unlike fish oil, cod liver oil – and particularly, said Sally, the fermented cod liver oil recommended by the WAPF – provides both vitamin A and vitamin D in the appropriate balance. Sally stressed the importance of this supplement for athletes. “These athletes need to get on cod liver oil big time…I personally take one to two teaspoons a day. I put it in a little bit of water, stir it around and just dump it down the hatch. If I’m under a lot of stress, I double my cod liver oil because you need that vitamin A for healing. Once again, I think a lot of athletes don’t understand the role of vitamin A for hormone production, for mineral metabolism, for healing…they kind of go down the wrong pathway in their diet.”

So in short, the WAPF advice to athletes is to ditch the protein powder and fish oil and get yourself some quality cod liver oil. And of course, don’t forget those animal fats. Liver and onions, anyone?