The ABCs of Vitamins: Vitamin A

Vitamin A is involved in immune function, vision, reproduction, and many more aspects of the human body. Where do you get it and are you getting enough?

Vitamins are involved in so many processes in the human body that we can sometimes forget just how important they are to maintaining our body in an optimal working state. In this series I will be discussing the ins and outs of vitamins, what they do, what happens if you have too much or too little in your diet, and new research into their effectiveness on various conditions. This week, in part one of my series on the ins and outs of vitamins, we will be looking at a fat-soluble, sightseeing powerhouse known as vitamin A.

What Does Vitamin A Do?

Vitamin A is a fat-soluble vitamin found in many foods that is involved in immune function, vision, reproduction, and cellular communication. Vitamin A comes in many forms, but only from two sources. One group is found in animal-based foods. These are called retinoids. The other group is found in plant-based foods. These are called carotenoids and include beta-carotene. Beta-carotene in the body is converted to vitamin A.

One of vitamin A’s major functions is helping with vision. This is because the human retina has four photo pigments that store vitamin A. Rhodopsin is one of these pigments and is located in the rod cells of the retina. Rhodopsin is responsible for the rod cells detecting small amounts of light and allows us to see at night and in dimly-lit conditions. Retinal, the aldehyde version of vitamin A, is used to manufacture rhodopsin and is also involved in the reactions that cause visual excitation by light hitting the rod cells of the eye.

Vitamin A also supports cell growth, playing a critical role in the normal formation and maintenance of the heart, lungs, and kidneys. It also helps form and maintain healthy skin, teeth, skeletal and soft tissue, and mucus membranes. It may also be needed for reproduction and breast-feeding.

Foods Rich in Vitamin A

There are many foods rich in vitamin A and beta-carotene. Vitamin A comes from animal sources, such as eggs, meat, milk, cheese, cream, liver, kidney, and cod. If you drink skim milk it should be noted that generally it will be fortified with vitamin A. 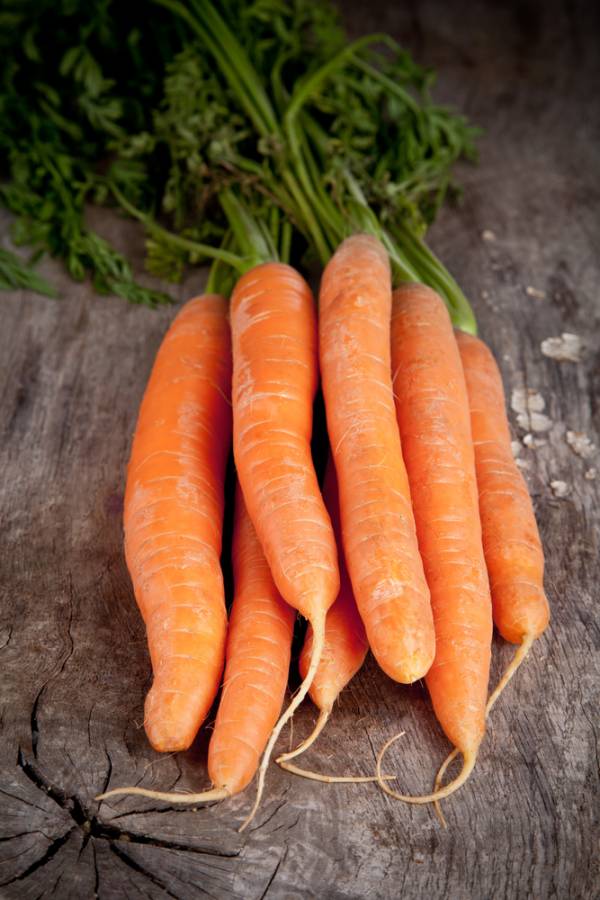 Vitamin A deficiency due to a poor diet is quite rare in developed countries. Deficiency could be attributed to inflammatory diseases like Crohn’s and celiac because the digestive track becomes damaged and this affects the absorption of vitamin A. Zinc deficiency, alcoholism, and pancreatic diseases can also affect vitamin A levels in the body. Nutrients that can help with vitamin A absorption in the body include vitamins B2, B3, B12, C, D, and E, as well as magnesium, selenium, manganese, potassium, phosphorus, carotenoids, iodine, tyrosine, and zinc.

Vitamin A Side Effects

Scientists are studying vitamin A to understand how it affects health. Here are some examples of what this research has shown:

Cancer: People who consume large amounts of food containing beta-carotene might have a lower risk of certain kinds of cancer, such as lung cancer or prostate cancer. Studies to date have not shown that supplementing with vitamin A or beta-carotene can help prevent cancer or lower the chances of dying from this disease.

Age-Related Macular Degeneration: Age-related macular degeneration is one of the most common causes of vision loss in older people. Among people afflicted, a supplement containing large doses of beta-carotene combined with other antioxidants, zinc, and copper has shown promise for slowing down the rate of vision loss.

As you can “see” literally, vitamin A is an important vitamin to include in your diet, but with any type of supplementation always consult your health care provider to make sure you are taking the correct doses. Just remember that you don’t want to be caught orange-faced over a lack of vitamin A.