There are three main ways to deal with pre-competition anxiety – damping it down, thinking about other things, and finally thinking about THE thing. Let’s look at them closer.

In recent weeks I have discussed arousal and anxiety and how they can affect performance. There is a fine line between anxiety and arousal with regard to emotional states when facing competition. We have talked about the need for optimal arousal. Too low and the lifter will not be able to give enough “oomph” to the bar. Too high and things spin out of control.

Arousal levels can be high or low and the effects can then be good or bad, producing negative arousal or positive arousal depending on how the athlete handles things. It is a shame to waste months of training if you fall apart just before the competition. Since pre-meet anxiety is ubiquitous in sports, it follows that the successful athlete will have to learn how to limit anxiety in order to get the best return on training investment.

There are three main ways to deal with pre-competition anxiety – damping it down, thinking about other things, and finally thinking about the thing. Let’s look at them closer.

If the signs of anxiety are becoming too evident it means that negative arousal has developed. Blood pressure may rise, breathing will be faster, and motor activity may also be affected. If this occurs sleep may be difficult, especially the night before competition. Athletes may not get enough hours between the pearly whites, and if that is not bad enough, the hours they do get may not be as deep as desired either. In those cases the anxiety must be reduced. Many find that mind relaxation techniques work well.

Instead of thinking about what might happen the athlete lies down and slowly relaxes his body and mind. The room may be darkened while the body is relaxed, starting from the extremities and slowly extending up to the center of the body. Tranquil thoughts are entertained during this time so that the ultimate result is lowered blood pressure, heart, and breathing rates, and maybe even sleep.

Another more aggressive treatment is massage. A long, slow full-body session will lower anxiety as well, and works not only before competition but on an ongoing basis, perhaps weekly. These more frequent massages cut anxiety but are used more for recovery from workouts and release of body toxins.

Another way to tame pre-meet jitters is to think of something else. Since many young athletes are still in high school or college, they will have the usual student responsibilities to deal with. So one good way to redirect thoughts is to concentrate on this schoolwork. In the 1950s an American lifter named Pete George was a medical student who always took his text books to the Worlds, to not only keep up with his intensive studies but also to take his mind off the competition to come. It seemed to work because he was a multiple world champion and soon became Dr. Peter George. 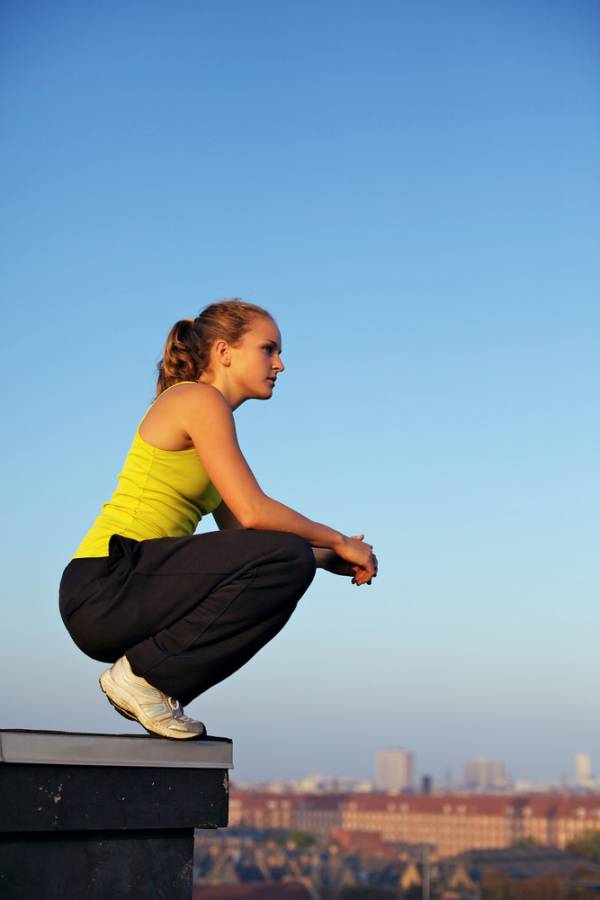 The beauty about the school-training suggestion is that it also works in reverse. School is another source of anxiety for many. Some lifters find that a hard workout at exam time can be a nice break from the library and offer a way for the body to release tension. Drop the bar a lot. Hear that iron slam into the platform. Yell them squats out. It will work wonders during midterms.

(Incidentally, a good coach knows that he must encourage his charges in their studies. If they fall behind they will start to feel guilty about training and develop negative attitudes about the sport. It is best to slack off on training a bit at exam times. It is fortunate that many coaches are also teachers so this is also a way for them to retain their professional responsibilities and stay in the good graces of their superiors as well.)

Driving to out-of-town meets can also be problematic. Lifters often share a car when travelling to such meets. Sooner or later (usually immediately) the talk turns to “reps and sets” and the high-anxiety lifter will start to fret over the competition. An athlete like that may be better off to travel alone. If he or she does, they should use music or audio materials to keep from thinking about the meet, since thinking about the meet can be as bad as talking about it.

Those who do not have to travel to their competition may be able to busy themselves with their everyday chores. This works for some and doesn’t for others. If this does work for anyone, the chores should be ones that keep the mind redirected but are not physically draining. Hard work will admittedly redirect the mind better but will usually leave the body too tired to perform well.

Others like to go to a movie the night before a competition if time allows it. This will re-direct the mind but care must be taken that the movie action doesn’t also raise arousal level to a point where getting to sleep is difficult. I once heard of a male lifter who would go see a so-called “chick-flick,” much to the amusement of his teammates. He did this to get his thoughts elsewhere, just like they did with their more viscerally-themed choices. Like most men he was bored to death with the heart-rending travails of the heroine but this worked to his advantage at bedtime. He did not have any overstimulation to confront while sheep-counting so he would nod off immediately. (I’m not sure how this gambit would work with female lifters. Maybe they should try a war movie instead?) 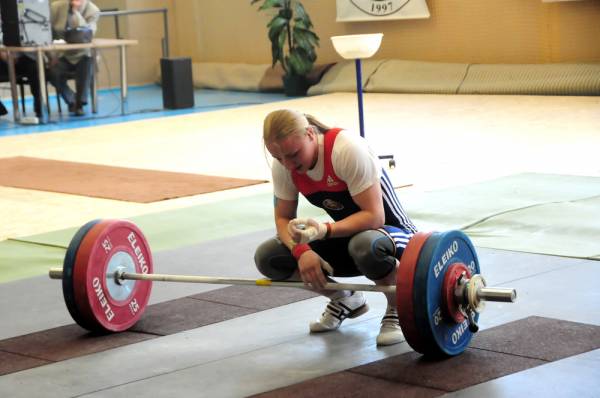 If all else fails one can simple embrace their anxiety and even learn to look forward to it by taking the bull by the horns. I seem to remember an old Japanese proverb that tells people that if they are frightened of a cyclone they should go to the center of it to find tranquility. While this shouldn’t be taken literally since cyclone centers always move, it merely recognizes that one should face their fears by staring them down and pushing on with the very activity that causes them. Mountain climbers do this. I’ve been told many are actually afraid of heights. When they finally scale a peak they feel a sense of victory over themselves. You can read more on this technique here.

Every athlete will face the problem of anxiety at some point in his or her career. Even confident athletes who have no fears in local meets or even national ones may start to fold in their first international competition. You especially see this happen in the Olympics. Novice or Olympian, everyone has an “anxiety level.” The trick is to have your anxiety threshold set as high as possible. The higher it is, the less anxiety will affect performance.