We live in a world of opposites. Mobility or stability? Work or play? Success or failure? Oh, and is it the winning or taking part that counts? Often, we need to work out where we are now with each of these things so that we can work out how to progress. So which side do you sit on with each of these?

Actually, I would be willing to bet that as you were reading through the above list, you thought, “These are not either-or type questions.” And that is not wrong. You might well feel your position lies somewhere in the middle. I’m going to respectfully disagree. I think that if you are pushing anything on that list hard, the answer lies at either end. But both ends are more closely connected than you might first imagine. Allow me to explain.

Most people think of these seemingly opposite concepts as belonging at either end of a linear continuum, like this:

Failure is at one end of the scale, with success at the other, and a range of values in between. Greg Glassman, the founder of CrossFit, took it a step further with his sickness-wellness-fitness continuum. As you see, this continuum was drawn in the shape of a curve or semi-circle. 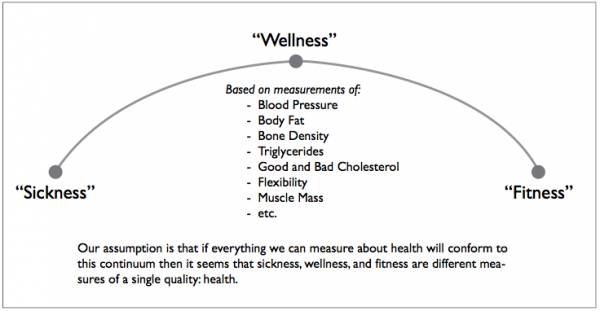 But I believe that even this semi-circle is still only half of the story – literally. I want you to imagine taking those two ends of the failure-success line and bending them round all the way so they touch. The line becomes joined together in a full circle like this: 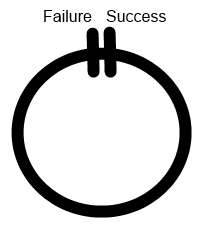 This circle is much closer to the truth. Slot in any of the above concepts to this new model – fitness and illness, mobility and stability, work and play, success or failure. If you’re living life on the edge of these concepts, they go full circle. Each of these concepts plug right into this model. Quite originally, I call it the Full Circle Model.

Think about it. Those powerlifters, Olympic weightlifters, or even bodybuilders who are competition ready (i.e. at peak fitness) and have put their body through hell to get there are often the first to fall sick or suffer in other ways. Fitness and illness are a short step away from each other. Mobility and stability are definitely not disconnected at two ends of a spectrum – they are interconnected. Work and play are not opposites – if you are doing it right, they are almost exactly the same thing.

While you are thinking those concepts and examples through, I want to expand on one of these topics in particular – that of success and failure. These two concepts, far from being at opposite ends of the spectrum, are closely related. We’re conditioned to chase success. However, I believe it is healthy for a lifter to fail. Here are six reasons why I believe it is important to learn to fail in order to take it back full circle to success, and develop as a lifter in the most successful manner. 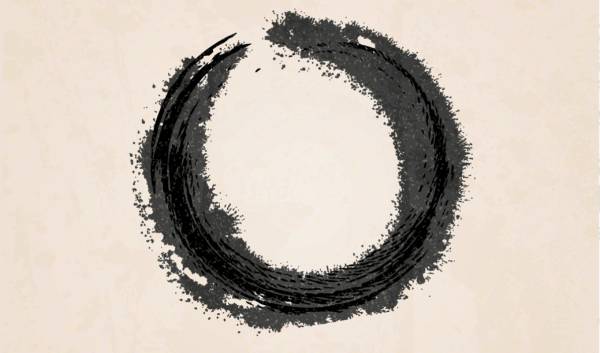 Reason #1: The Fear is Often Greater Than the Fail Itself

If a relatively experienced lifter tells me that he or she has never failed a lift, it becomes my mission to take this lifter through his or her first failed lift, under safe and controlled circumstances. This isn’t an easy mission, as often the fear of failing is greater than the event itself. But this is exactly the point. The failed lift starts a chain reaction of revelations and leaps in progress.

Reason #2: Find Out Your Limits

In my Strength and Power Level 1 Course, we start by working up to technical maxes on the squat, bench, and deadlift. Each lifter is given three increasing attempts. I ask my lifters to get two solid attempts in before encouraging them to hit a third attempt that will push the limits. Finding your limits is the first step to moving past them.

Reason #3: Find Out About Your Limits

Following the max-out session, we sit back down in the seminar room and look over any failed lifts. We assess them using three concepts: physical, technical, and mental. It’s not about just knowing your limits. Knowing why they are your limits, based on these three parameters, makes them infinitely easier to surpass.

Reason #4: Be Able to Push Closer to Your Limits

Once you have failed, not only do you gain insight into passing your limit, but more importantly, you’ve gained the ability to train closer to your limit. You can push closer, knowing what it feels like to truly fail, as opposed to thinking you are close to failure. The ability to tread this line of progression versus regression (yet another Full Circle Model) is critical to being able to continually progress on a long-term basis. To know how not to fail, you need to know what failure feels like. It is a marker by which you can judge your other efforts.

As a practical point, this one is extremely important. If your first failed lift occurs in unexpected, uncontrolled circumstances, the chances of injury and panic are much higher. Learning to fail safely is another aspect I teach early on. Failure is not a dirty word, and ignoring it because you want to be a “positive” coach doesn’t do anyone any good. And neither does quickly mentioning it a few seconds before a max attempt. This is rushing the topic, and obviously just before a max lift it not a good time to be getting the lifter to visualize a failure.

Reason #6: It’s About the Journey

No successful or failed lift is the end destination. Each is simply a stepping-stone to the next one. Looking at each lift in this manner achieves two objectives. First, this mind-set takes unnecessary pressure and fear away from each individual lift. These lifts do not define you. Second, this takes us right back to where we started. Success and failure, whether in lifting or in life, are not at the opposite end of the spectrum. They are stepping-stones right next to each other, seamlessly connected. Often when we step off one, we step right onto the other, and continue to step between the two in this manner. Success and failure form a pathway for our strength journey, and life journey. Even if we occasionally fall into the lake, we can climb back out and start walking these stones again. 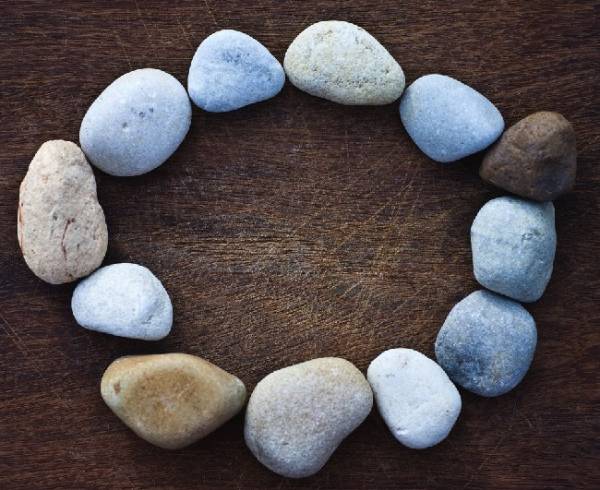 These reasons provide context to your failed lifts. But before they are taken out of context on the friendly forums of the Internet, here are a few things I’m not saying:

I’m simply, and strongly suggesting you need to learn to fail, along with a few reasons that will help you understand why you need to do so. If you’ve skimmed the article and skipped to the final take-home points, then here they are:

If those points interest you, then go back and start from the beginning. Because like everything, this article goes full circle.