The Accumulation of Marginal Gains: Gear Tips for Cycling Faster

Based on a number of studies, I set about searching for cycle equipment and clothing that would be easy to purchase without breaking the bank – and would improve performance.

The accumulation of marginal gains was a phrase often mentioned after the successes of the track cycling in last year’s Olympics. Making several changes together, that by themselves might appear to be very small, could be sufficient to make a difference in performance. Since races at that level are won and lost by only a few seconds, every little bit helps.

Based on this concept, I became interested in what differences a recreational or club rider could make to help improve performance with just a few modest changes. I set about searching for what differences in cycle equipment and clothing would be relatively easy to achieve without breaking the bank. There are a number of studies that are referred in the next sections. If you know of more, please do post them in the comments.

I was thinking the drivetrain must have some scope for improvement since there are over 100 moving parts here including the bearings, chain, sprockets, and derailleur. The folks at Friction Facts tested a number of drivetrain components to measure resistance and therefore how much power could be lost by poor choice or lack of maintenance.

With over 100 moving surfaces, chains do surprisingly well, absorbing only a few watts. However, the type of chain lube has been shown to make a difference in a test at Friction Facts supported by Velo News. The choice of chain can also make a difference as can how much the chain is worn. All together these losses can amount to as much as 7-9 watts.

Selection of tires and optimum pressure would appear to make a significant difference to losses according to tests reported by Rouesartisanales. Tests at the Continental tire testing facility show that there is a difference of over twenty watts between different types of clincher tires. A similar result is obtained for tubular tires with twenty watts difference. A higher inflation pressure can make another two watts difference.

It was interesting to note that some clincher tires were performing as well as the tubular tires in these tests. These tests were performed using a test cylinder and in reality the rolling resistance (and comfort) is also likely to be affected by surface texture.

Apart from the weight of these (see previous article on the effect of weight on performance) a cycle festooned with accessories will present more air resistance. But just how much? 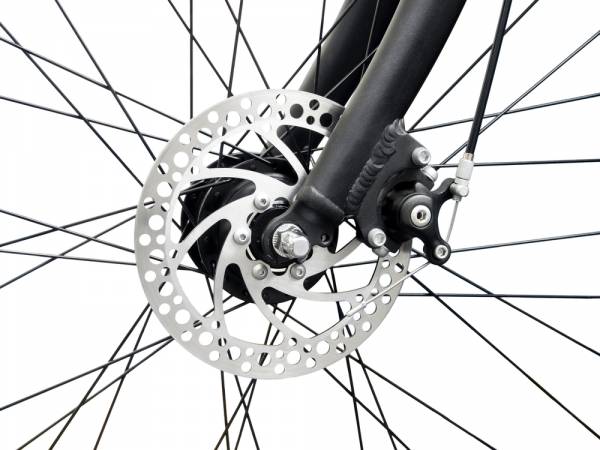 Brake Components (up to 5 watts saving)

Here I am going to refer to the book Bicycle Design by Mike Burrows. This is an excellent book and well worth adding to the holiday shopping list. In the chapter on aerodynamics, Burrows explains some of the principles of drag on a cycle. Values for the power lost will be highly specific and dependent upon size, shape, and relative position with other components. The table compiled by Rainer Pivit on the Sheldon Brown website (based on original research by Chester Kyle) suggests that 2% (5 watts) could be saved by using aero brakes and brake levers.

It is not a huge leap of imagination to think that that tucking brake, gear, and computer cabling away tidily might make a similar order of saving. According to Mike Burrows, one of the worst scenarios is to have small gaps between the components that lead to the biplane effect. So tuck or tape all those cables right against the frame where possible for some additional gains.

I lost count of just how many times the type and position of the water bottles seems to have been measured, sometimes with contradictory results. Some suggest behind the seat is best, others on the down tube, others on the seat tube depending whether the bottle is aerodynamically shaped or left as standard.

The summary table by Pivit (of Kyle’s research) suggests totally removing the ordinary water bottle and cage can save 2.8% and using an aero bottle saves 1.6% over an ordinary bottle. That’s seven and four watts on a baseline of 250 watts respectively. Tests at Cervelo suggest using a horizontal bottle between the arms can save 5.6 watts. They also found the least drag position for a normal bottle is on the down tube, and using an aero bottle saves about half the drag of a normal bottle. The best option was to have no bottle at all (unless you have a Cervelo that is).

Other tests by David Warden in 2011 show that for a particular cycle the use of any water bottle increased drag apart from a between bars mounted system. This also referred to earlier work by John Cobb in 2003 that showed a down tube or a profile bottle have the least resistance. So, it would seem that between the bars is the preferred option, followed by no bottle, followed by an aero bottle on the down tube.

There is a useful summary of some tests originally undertaken by Chester Kyle in 1987 at the Sheldon Brown website which is a great resource for cyclists including many maintenance tips if you have not found it already. The following figures come from that table. 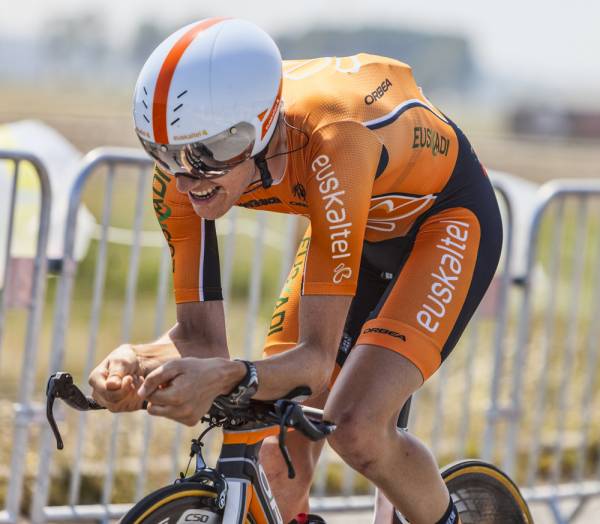 There are many helmet designs and if you watch footage of last year’s Olympic and road races you can see various makes in use. The designs vary slightly and each no doubt claims some superiority over the other. The key fact is an aerodynamic helmet will save time over a normal helmet. This can amount to as much as 5%. Again, assuming a baseline of 250 watts this means as much as twelve watts could be saved by changing basic helmet type.

Last year I made the mistake of arriving at a team time trial start a little short on time and did not have time to put my over jacket back in the car. This is a normal jacket with the three pockets in the back that I wear on top of my skin suit when warming up. I have to say that I struggled all the way around the course. On sections with the sun behind me, I could clearly see that the sleeves, although normally fairly close fitting, were flapping in the air stream and presenting an unwanted amount of drag. Taking my jacket off to race in my skin suit could have saved me as much as another 8 watts.

I tend to suffer from cold feet in anything but the warmest days and shoe covers tend to be a natural choice for me. Shoe covers can also help the air flow over the various straps and fastenings maybe saving another 1.4% or another 3.5 watts on a baseline of 250 watts.

In conclusion, modest selection and care of your bike components and clothing can save several watts in addition to improving power output. Altogether, the power savings total to 59-67 watts making a significant difference. While your individual gains might be different to these claimed, and there isn’t a study to apply all these in one go to riders of all abilities, I hope they point you in the right direction to some improved performance in the months ahead.