The BJJ “Beatdown” – When and How to Smash a Newbie

It occurs when an upper belt “handles” a spazzy newbie, tapping the person repeatedly, imposing control, and otherwise demonstrating to the grappler that s/he is not all that.

Anyone who has grappled for any appreciable length of time has experienced various predictable grappling personalities. In fact, there are numerous lists, some of them hilarious, cataloging grappling archetypes such as “Stinky Gi Guy” and “Girl Who Coaches You through the Submission You Got Legitimately So She Feels Better about Having to Tap to It.”

There are several personalities that, whether they realize it or not, behave in ways that inspire people to want to impose The Beatdown. Personalities like “Let’s Just Go Light Guy”(who says he’s injured or tired and wants to flow roll but then comes at you as if he’s been told he’ll be castrated if he gives any ground), “Chick Who Knows Very Little Technique But Tries to Hulk Smash through Everything” (self-explanatory), and “Brand New Dude Who Saw Some Sh*t on YouTube That He Thinks Will Counter What You Were Taught in Class Because He Pulled It Off on His Cousin Who Is Like Twelve” (also self-explanatory) seem to be asking for The Beatdown.

What is The Beatdown? It’s basically an instructor-sanctioned attempt by the instructor him/herself or a designated higher belt to disabuse some of these grappler archetypes, and anyone else who goes batsh*t crazy during training or who trains recklessly (basically anyone who has little to no regard for anyone’s safety, including his/her own) of the notion that his/her spazzy ways are appropriate. It occurs when an upper belt chooses the spaz for a roll and “handles” him/her, tapping the person repeatedly, imposing control, and otherwise demonstrating to the grappler that s/he is not all that.

The goal of The Beatdown is twofold: First, it is to contain some of the potential physical danger. Second, it is to teach the culprit that humility, respect, regard for the safety of oneself and one’s training partners, and a pocketing of the ego are warranted when playing with others.

Over the years, I have heard many people discuss The Beatdown, both Beatdowns they have seen, and also different perspectives on whether and when it is ever appropriate to issue them. It seems to be a given that some people need to be taught how to behave properly in a grappling context. The question is how it should be done. Some people prefer to eschew The Beatdown altogether in favor of pulling the perp aside and having a reasonable, respectful conversation with him or her. The rationale here is that some people may not know how to behave if they are new so they don’t deserve to get punished for what they don’t yet know. And if they aren’t that new, maybe they came from a different academy where there were different rules and expectations.

Objections to this course of action usually have to do with the fact that some people don’t seem to respond effectively to reason. In other words, an instructor can patiently explain to some people that they have to be more careful, during and after which these people will nod carefully – and then go back to asking for The Beatdown. I like to think such people are not being obtuse on purpose but rather may find it difficult to overcome years of instinct and conditioning with one conversation. This is an explanation, however, not an excuse. 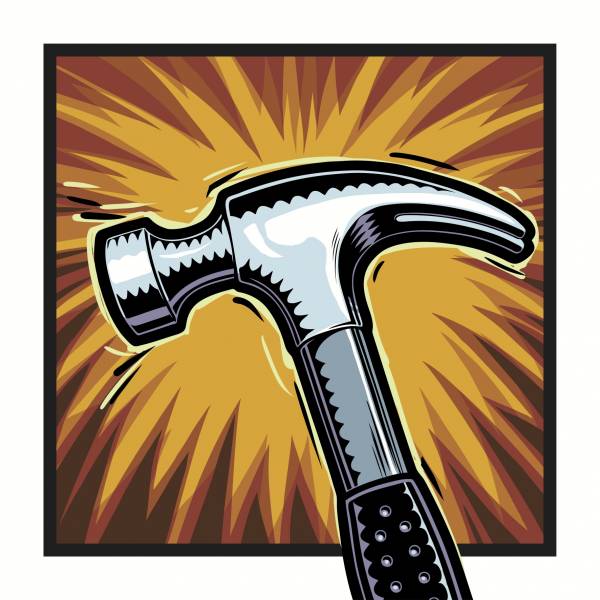 Another course of action is to just administer The Beatdown without any clarification – just smashola. Objections to this course of action usually have to do with the argument that without the accompanying narrative, Beatdown recipients may not understand why it is happening and may in fact conclude that this is simply the way training is done at this particular academy. In other words, a Beatdown without an explanation may backfire.

This leads to the third option, which is The Beatdown with a verbal component. In this scenario, the upper belt or instructor does the administering and includes a few choice words during or after the fact. “Did you like the way that felt? No? Well, that’s how it feels to others when you roll with them.” Or, “You are spazzing right now, and I’m going to just sit on you until you chill the f*ck out.” Theoretically, the third option could lead to a longer conversation and deeper understanding.

I’m treating the concept of The Beatdown somewhat irreverently, but the issue is an important one. Everyone deserves to have a safe place to train, and everyone deserves the opportunity to learn how to contribute to a safe training context. People who are cruisin’ for a Beatdown, whether they mean to or not, are compromising the safety of people who make BJJ their profession, people who can’t afford to sport a black eye at their jobs, and people who just like to be sound of body and mind. So where do we draw the line, and how do we enforce both of these goals?

What have been your experiences with The Beatdown? What have you heard, what have you administered, and what do you think about how, if at all, it should happen? Post your opinions to comments.